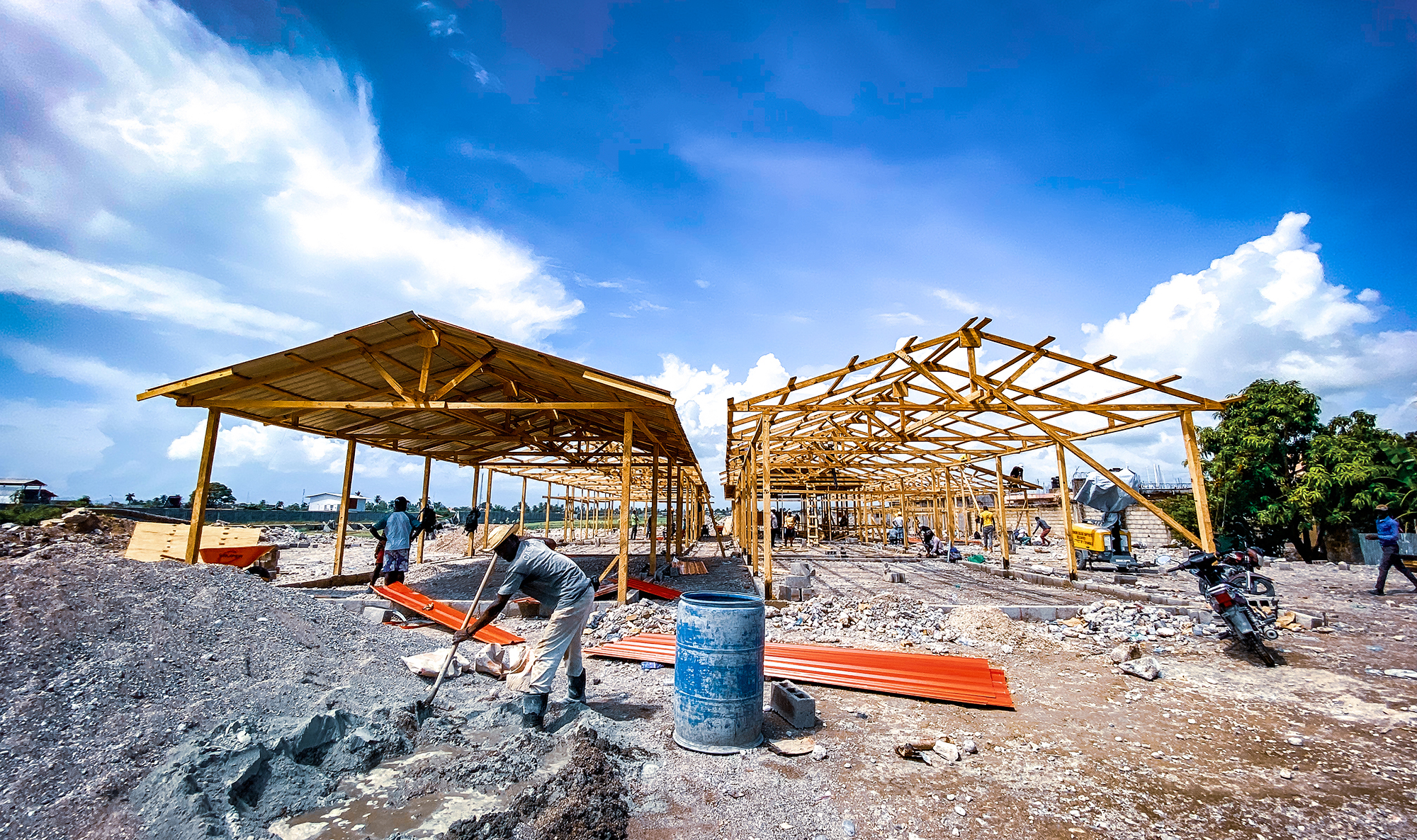 On August 14 last year, southwest Haiti was struck hard by a 7.2 earthquake, and thousands were left homeless and injured. Compassion Haiti and our local church partners, already on the ground, responded immediately—and with your incredible generosity, began providing much-needed medical care as well as safe water and food.

There was still much to do: 12,000 children in Compassion’s program no longer had a home. And you responded again. On Giving Tuesday 2021, you helped us surpass our fundraising goal to provide families with transitional shelters—a safe home right now—as well as repairing and rebuilding homes to withstand future disasters.

So much has happened, and we’re excited to share this update with you from Abbel Joseph of Compassion Haiti:

As Abbel says, we are encouraged! To further inspire you, here are a few good news stories of faith, strength and determination from our sisters and brothers in Haiti.

Rosena: “I am not discouraged.”

Rosena and her son, two-year-old Mike, were inside the house when the earthquake began. At first Rosena didn’t realize what was happening, but she grabbed Mike and ran outside. As soon as they were outside, a wall collapsed.

“I still have that picture in my mind,” Rosena says. “I can say from where I was that God saved my son and I.”

The experience, while traumatizing, has deepened her faith. “I am not discouraged,” she says with a small smile. “I am even stronger to move forward. Through this disaster, I realized once again how important this ministry is to my family and how blessed my son and I are through it.”

In the minutes after the earthquake, Vania only wanted to return home from the market to see if her husband and children were okay. But everything was in chaos. Unable to find a taxi, she started the long walk home, hoping to find transportation along the way. 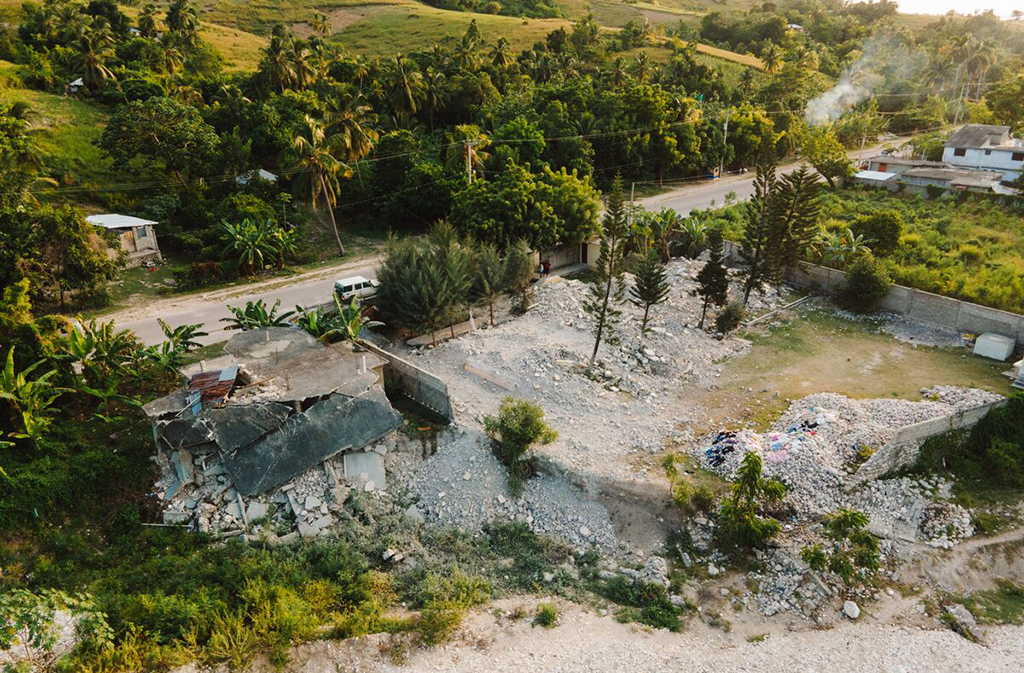 Vania saw devastating scenes like this on her long walk home.

“The more I walked, the more I started to worry,” she says. “I saw the destroyed houses by the side of the road and people crying while others were injured.” When she finally arrived, it was with a conflicting sense of desolation and joy: everything they owned was destroyed—but her family was alive.

Vania and her husband, Robenson, managed to construct a shelter with what was left, but the space was so limited that the whole family couldn’t sleep or even stand in it at the same time. Vania sent her two oldest children to live with friends who could take them in. 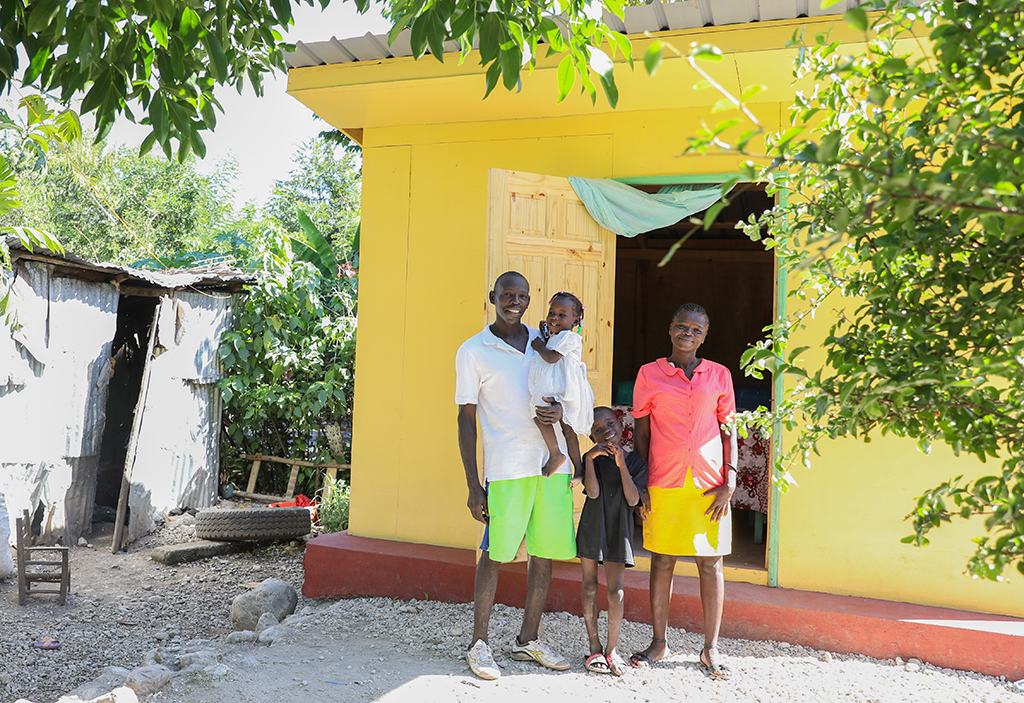 Vania and Robenson stand in front of their new temporary home with their children Jean François and Darléne, who are part of Compassion’s program.

The day her family moved into their new temporary shelter meant the world to Vania: her oldest children could come back home and the family was finally together again.

“Where people see a temporary shelter, I see a palace,” she says. “I lost my house with everything in the earthquake, but God preserved my family. I know He had a good reason for that, and He proved to me His kindness through the support we received from the Compassion family.”

In Haiti, many schools meet at the local churches and use the same classrooms as the Compassion centre. But more than 70 per cent of these schools and centres were damaged in the earthquake and unable to open their doors. Instead of beginning school in October—and hoping to catch up after school closures due to COVID-19—the earthquake pushed students even further behind.

“Helping kids going back to school after the earthquake was an emergency,” says Marc-Henry, a Compassion project facilitator. 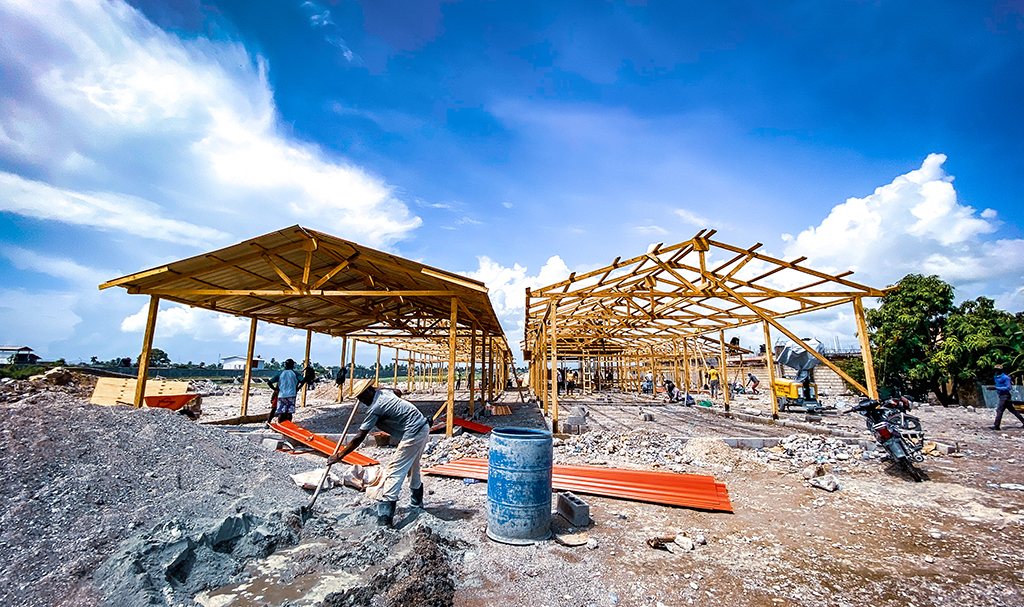 With the help of supporters around the globe, construction began to rebuild classrooms at more than 20 Compassion centres in Haiti’s southwest. These classrooms are temporary until permanent ones can be built to international seismic standard, but in the meantime, kids are able to get back to school. As most lost their books and supplies in their collapsed homes or the ruined classrooms, new school supplies were also provided.

Centre staff say the revival of school activities is an important step in the recovery of the community after the disaster. With classrooms rebuilt, the children feel safe gathering and can see their friends and teachers—and together, begin to heal. 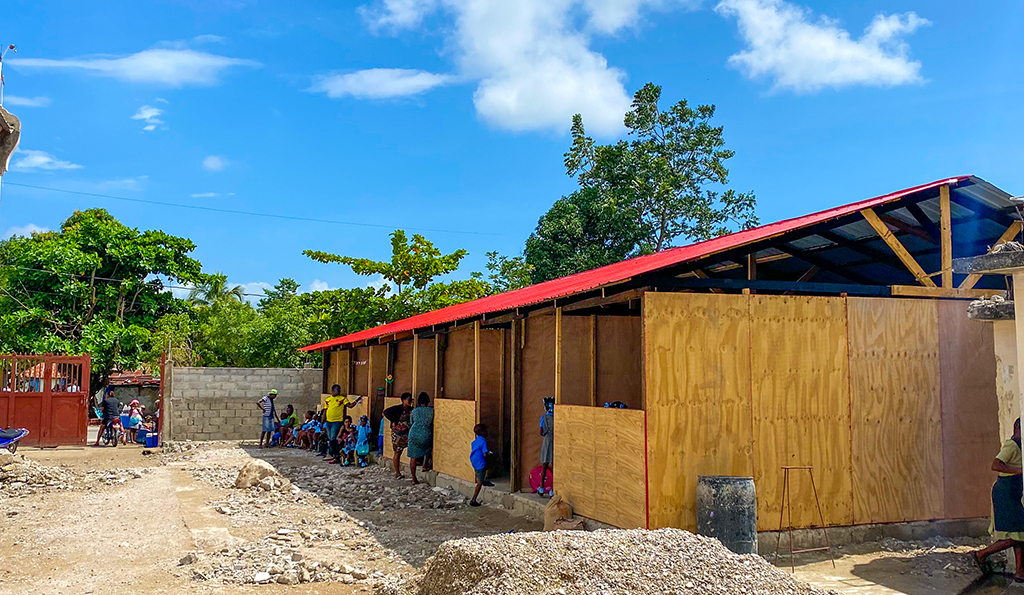 Fify, a project director, says, “That the children can gather again is such an amazing thing. I just want to thank all donors for their commitment to support us.”

“I am so happy to meet my friends,” says six-year-old Angie. “I can’t wait to start using my new books!” 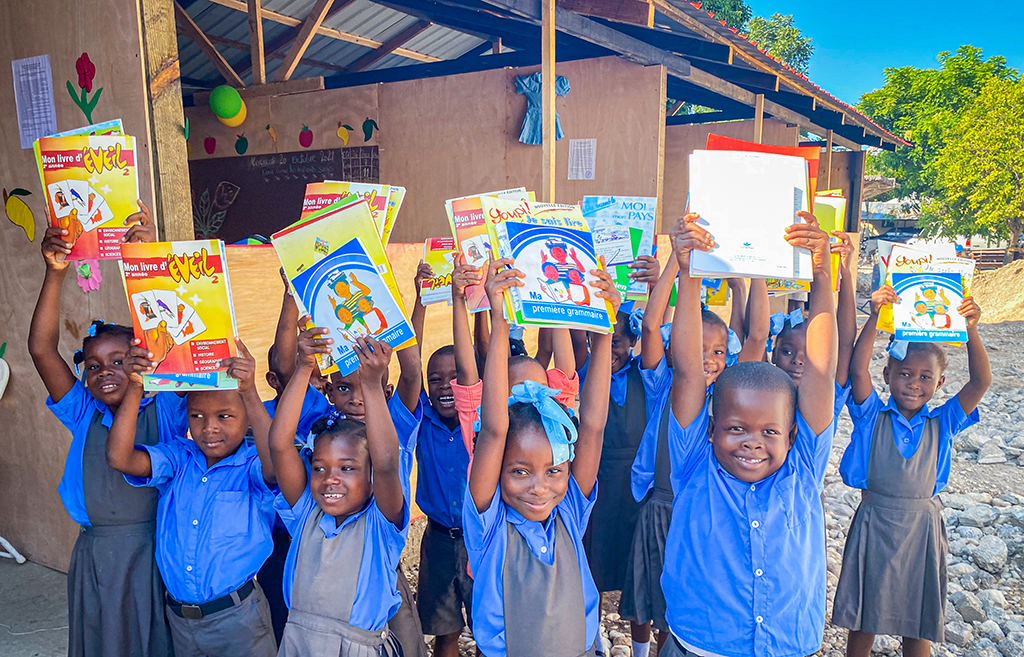