A helpful road map for the restless heart 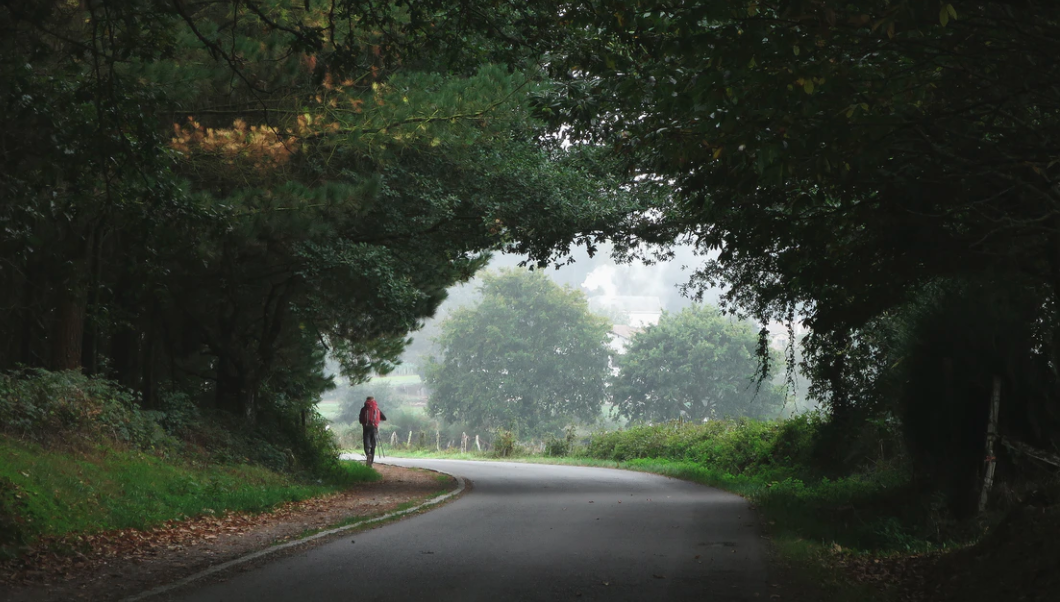 James K. A. Smith’s book On the Road with Saint Augustine: A Real-World Spirituality for Restless Hearts was named one of the Top 100 Books and One of the 5 Best Books in Religion for 2019, Publishers Weekly and was a Christianity Today 2020 Book Award Winner.

He recently connected with Andrew Kooman, Compassion Canada’s Managing Editor, to chat about the book, why ancient wisdom is important for the contemporary journey of faith, and why tangible ministry to children in extreme poverty is important. 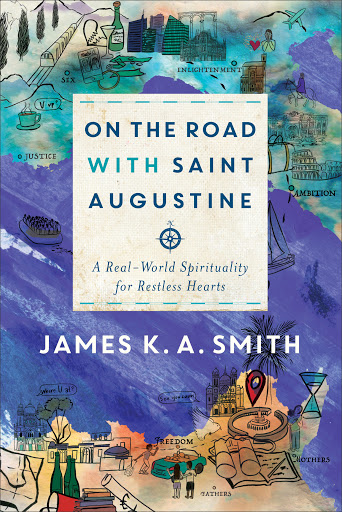 Compassion Canada: You note that On the Road with Saint Augustine took half your life to write. What drew you to the careful study of Augustine’s life?

James K. A. Smith: Several things, I suppose. Particularly in his Confessions, you meet Augustine as a co-pilgrim. Here’s one of the great “doctors” of the church, being vulnerable and honest. It’s like finding an ancient friend in your own journey. Then, because Augustine had his own philosophical quest that brought him to Christ, and because I’m a philosopher, I suppose I resonated with that. Finally, I have long valued the way Augustine is a touch point for both Protestant and Catholic Christians. In that sense, he’s a bridge within the body of Christ.

CC: Perhaps more than ever, because of our news cycle and the influence of social media, we’re focused on the now and the immediate. This book is an invitation for readers to move forward in their spiritual journey by paying attention to wisdom from the past. How important to a vibrant faith is the long look back?

JS: As we become more and more hamstrung by the tyranny of the urgent, I think it’s crucial that Christians cultivate ancient friendships. It’s an invitation to step out of the bubble of the contemporary and get some distance and perspective on the present. But I also think there is a lot of wisdom that we’ve just plain forgot in the last 500 years that we need to remember and retrieve. I believe the future of Christianity is ancient.

CC: There are a lot of surprises in the book, among them the revelation that Andre Agassi hated tennis. What’s something you learned about Augustine as you researched and wrote that most surprised you?

JS: Well, I was pretty familiar with Augustine’s life, so I don’t know that there were any surprises there. I think one of the things that surprised me particularly as we were following Augustine’s footsteps through Italy, was how influential his mother, Monica, became in the ensuing centuries. Almost everywhere you’d go, you’d find devotion to Monica. I think this is because every generation can identify with parents who are anxious about their wayward children.

CC: There’s probably been no better time for your book to be in the market, with its invitation to a real-world spirituality for “restless hearts.” What similarities do you see between Augustine’s world and our own?

JS: That’s kind of the animating conviction of the book: that an ancient figure like Augustine turns out to be our contemporary because he’s so familiar with the anxieties of our age. Augustine spent the first thirty years of his life looking for love in all the wrong places. I think that’s a pretty succinct description of our own age. The restless stems from looking for ultimate fulfillment from penultimate things, trying to satisfy an infinite longing with finite stuff. Augustine is like a theological psychologist who probes our hungry hearts.

CC: You examine the concept of a refugee spirituality and describe the Christian life as a quest for a home we’ve never seen. How does Augustine balance the paradox of the great hope of Heaven with the real needs on earth and the Church’s call to minister to them?

JS: For Augustine, the great longing is for a world put to rights. It’s not a Gnostic desire to escape the world or our bodies; it is an eschatological desire to see this broken world restored. Now, in a way, all we’ve ever known is this broken world but the hints of the world to come in the resurrection of Jesus is of a world that is embodied, tangible, with abundance for all. So, in the meantime, we are still called to love our neighbours and seek their good, and when we do that, it’s like an in-breaking of the kingdom that’s coming.

CC: In your chapter on Freedom you write that “wanting help is its own nascent trust.” Our community at Compassion is committed to helping others. What do you think wanting to help suggests about the journey of faith?

JS: This is the kind of thing where Augustine says: “It’s complicated.” On the one hand, the desire to help can be a manifestation of our creaturely call to love the neighbour, an out-working of the social nature God built in to the human heart. On the other hand, in a broken world, where even our best intentions can still be crooked, sometimes our wanting to help can be our way of wanting to control, or get attention, or put ourselves in the centre, or try to earn credit with God. Now, one of the things I love about Augustine is his honesty about how even in our best moments, our motives are mixed. There’s no illusion of purity. Instead, we have to simply confess: maybe it’s both. But a good Augustinian spiritual discipline for those impelled to help others is to constantly ask yourself: Am I willing to receive help? 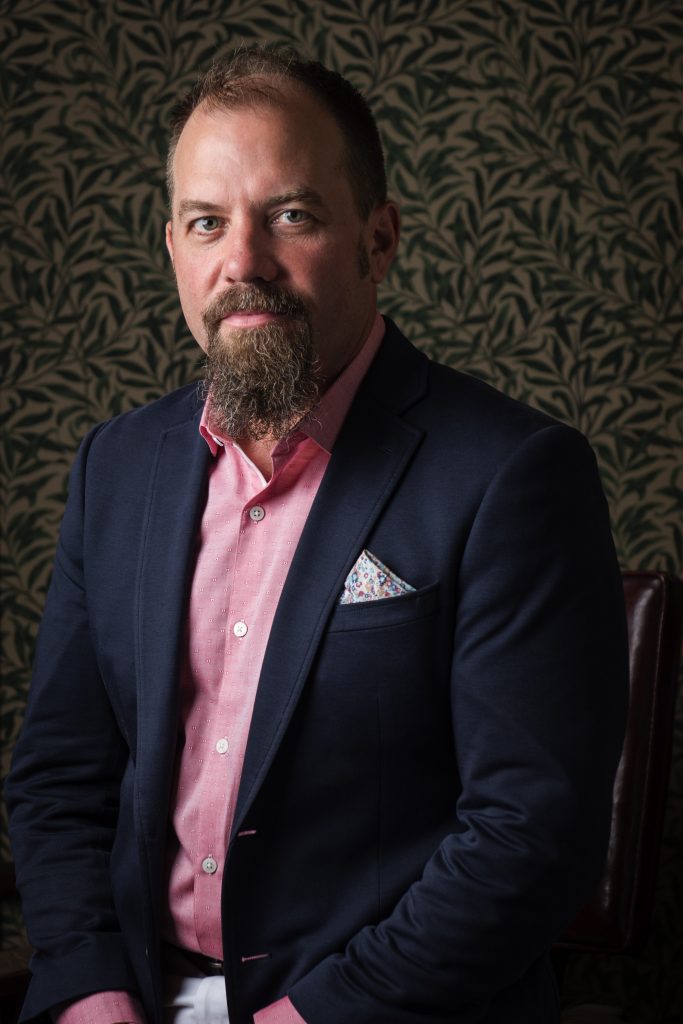 CC: Something we aim to do at Compassion is to help set children free from the evil of extreme poverty and to protect them through the care of the local church in the process, which is especially challenging in a world with a pandemic thrust upon it. As you’ve studied Augustine, how does he model protecting others against real evils?

JS: This is such important work. For Augustine, I think the heart of this has to be a true sense of solidarity. I’ve been reading more Henri Nouwen lately, and there’s a theme in Nouwen that is very Augustinian: the one who helps will only help to the extent that she is willing to be helped. The one who gives will only truly gives when she realizes how much she receives. With that sort of principle in mind, Augustine constantly encouraged his congregation to shelter those in need, to come alongside those who were suffering—to undertake tangible, embodied ministry of mercy for the least of these. But he also advocated with government officials who could change policy. It was very much a both/and approach.

CC: You look at the automobile as a symbol of freedom and a rite of passage, a vehicle to finding one’s own way, especially in North America. With so many cars sitting idle in garages and parking lots over the last few months of the COVID-19 lockdown, what impact, if any, do you think this time of quarantine has had on our view of freedom?

JS: It’s a great question. I’m fascinated to watch and see whether any new habits have been forged in quarantine that outlast it. I think those who imagined freedom as simply the absence of constraint could only experience lockdown as imprisonment. But for those who had—or learned—a more Augustinian understanding of freedom, the constraints of lockdown could be received as an invitation to a kind of focus, perhaps even an invitation to attend to the world closer to us which we so often ignore when we’re looking for “the next big thing.”

CC: You highlight books and writings that shaped not only Augustine, but other writers, artists and thinkers throughout On the Road to highlight how much words shape identity — what’s currently on your reading list?

JS: My personal reading is mostly focused on fiction and poetry. I’ve been working through the retrospective collection of Charles Wright’s poems, Oblivion Banjo. I’m also fascinated by a French-Senegalese novelist, Marie Ndiaye and am reading her novel, Ladivine, right now. Next up is Christopher Beha’s new novel, The Index of Self-Destructive Acts. And I’ve been slowly working my way through an utterly fascinating book by David Allen Sibley called What It’s Like to Be a Bird.

CC: What are you writing or working on now and where can people learn more about your work?

JS: A lot of my energy is devoted to my work as editor-in-chief of Image journal, which is a quarterly magazine devoted to art, faith, and mystery. I’m just finishing up a very academic book in philosophy of religion (which only specialists will read!) and then will turn to my next book, tentatively titled When Are We? that will explore how and why time and history matter for living the Christian life—what I’m calling a “spirituality of time-keeping.”

And, make sure you check out more meaningful reads for the summer on our Summer Entertainment list.