Thai Cave Rescue: Update on life after the cave 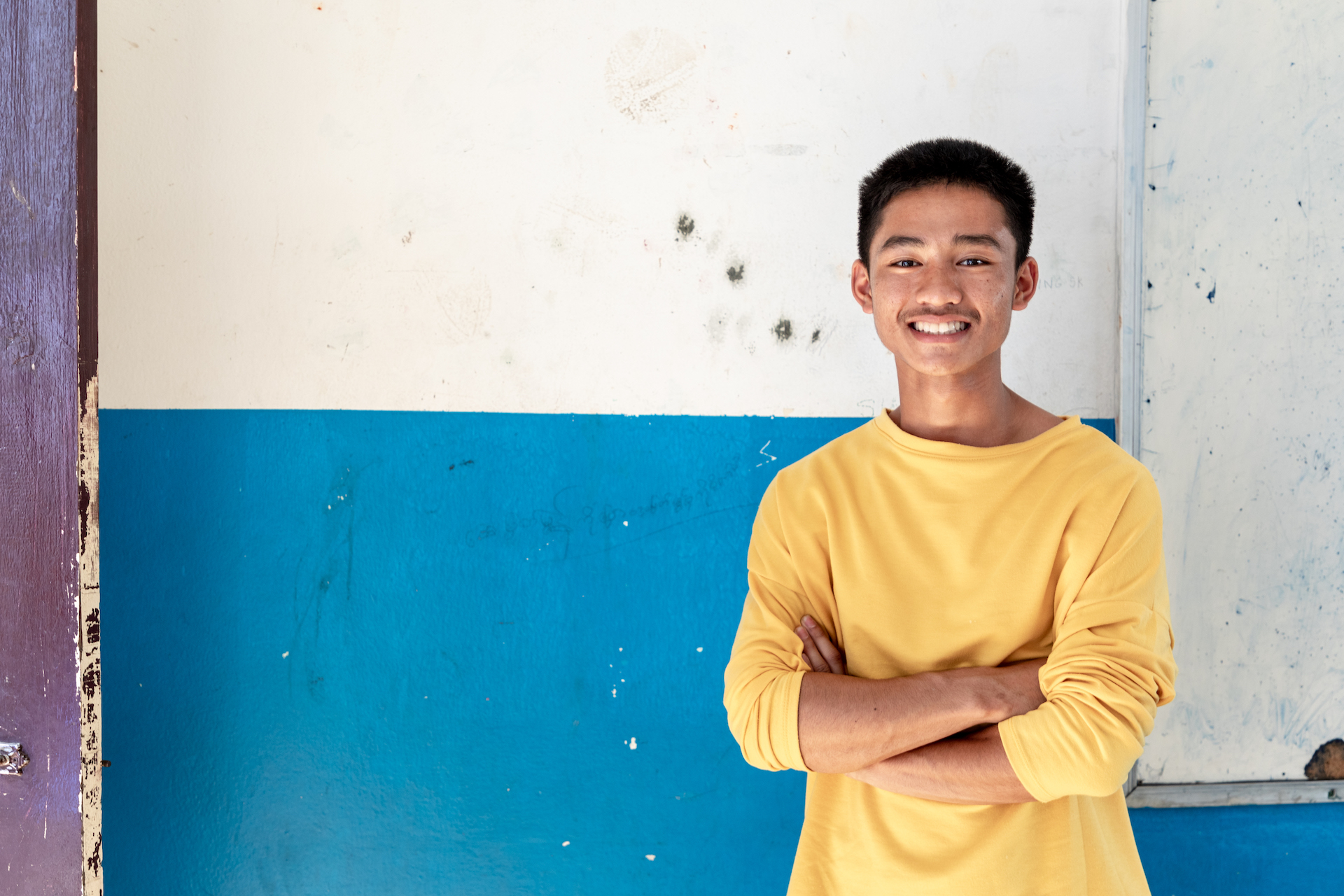 In July 2018, the world was riveted by the unfolding story of the Thai cave rescue. The Wild Boars soccer team was trapped in the Tham Luang Nang Non cave in northern Thailand for 18 days. The rescue of the 12 boys and their coach seemed nearly impossible as rising waters in the cave system pinned them in place.

What happened to the members of the Thai cave rescue soccer team?

We recently caught up with 15-year-old Adun, a member of the team and a Compassion-sponsored youth, to learn about what life after the cave is like, one year later. 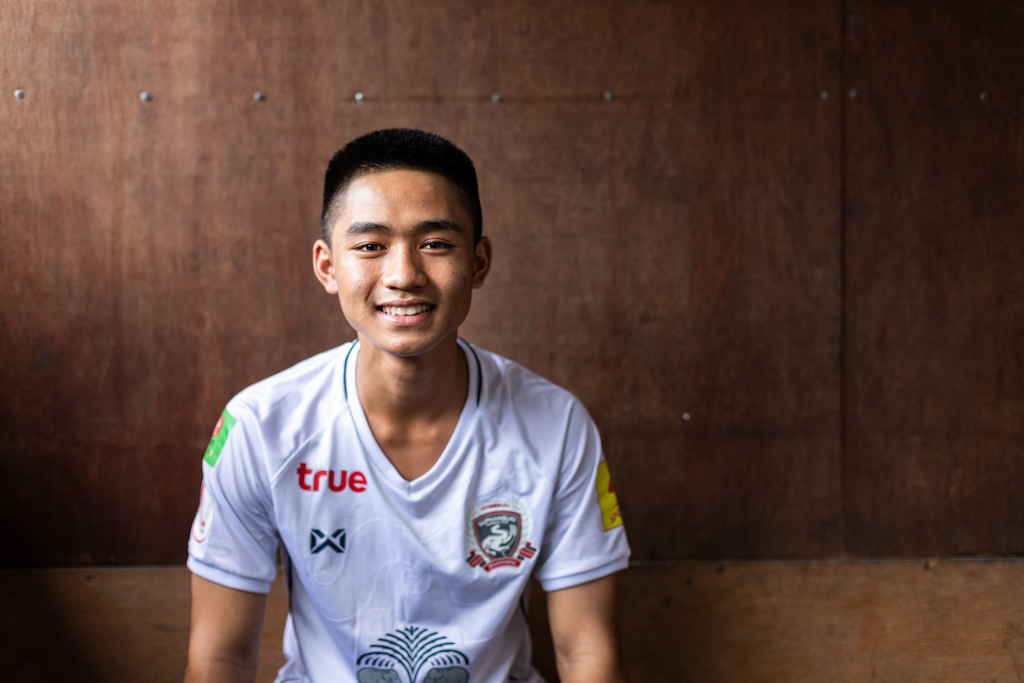 Before June 23, 2018, life was relatively simple and quiet for Adun. He would go to school from 7 a.m. to 4 p.m. Then soccer practice until 6 or 7 p.m. Finally, he would head back to the church hostel where he lives to eat dinner, do homework and have some quiet time before going to bed.

“It was very laidback,” says Adun. “I had everything I needed, and daily life was nothing exciting.”

But since the dramatic rescue, life for Adun and his teammates has been anything but laidback.

The soccer team travelled to the United States to appear on national TV and even got to meet one of their favourite soccer stars, Jose Mourinho of Manchester United. Now, Hollywood filmmakers want to turn their story into a movie, and the boys are regularly sought-after guests for local and international events.

MORE: Watch The Cave, the Church and Compassion: The Untold Story of the Thai Cave Rescue.

Today, in addition to his daily routine, which includes soccer matches, church services and activities at the Compassion child development centre at the local church, Adun fits in occasional appearances at local events, where he is treated like a celebrity.

You may have heard Adun’s voice before—it was heard around the world in a now-famous video clip from the week of the Thai cave rescue. As the only English speaker in the group, Adun responds to the British divers, Richard Stanton and John Volanthen, who first reached the team.

“How many of you?” Volanthen famously asked.

The boys were remarkably calm and confident throughout the ordeal. Adun says that prayer was a key part of this. “The only thing I could do was pray,” he says. “I prayed ‘Lord, I’m only a boy. You are almighty God, you are holy, and you are powerful. Right now, I can’t do anything. May you protect us, come to help us all.'”

After a massive rescue operation that included Thai Navy SEALs and cave diving experts from around the world, all 13 were rescued by July 10, 2018.

An unstable beginning: statelessness in Thailand 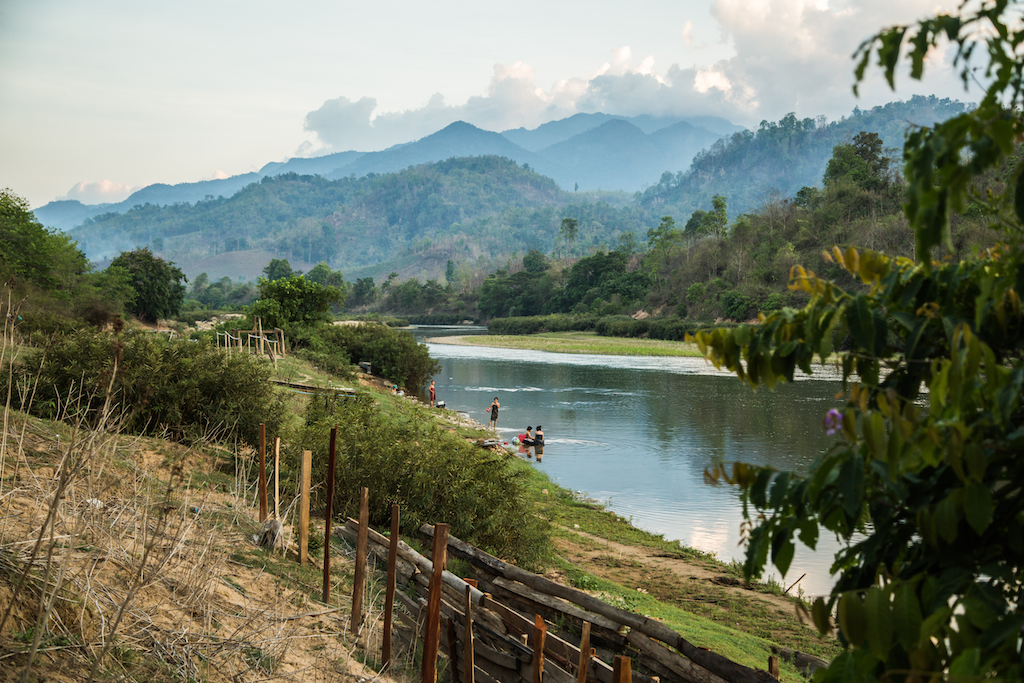 A similar rural scene to where Adun’s parents live in Myanmar.

The oldest of five children, Adun is from the Lua ethnic group. Tens of thousands of Lua have fled to Thailand in the past 50 years, escaping instability in neighbouring countries. Not being Thai citizens, many Lua don’t have access to the same education, health care or work opportunities. Adun is one of the hundreds of thousands in the region who do not have citizenship, and one of four on the Wild Boars soccer team.

Adun’s parents came to Thailand from Myanmar before he was born, although his family has since moved back home. Like many children from this region, Adun moved to a church hostel in the city in order to attend school—an opportunity that’s not available in his home village. 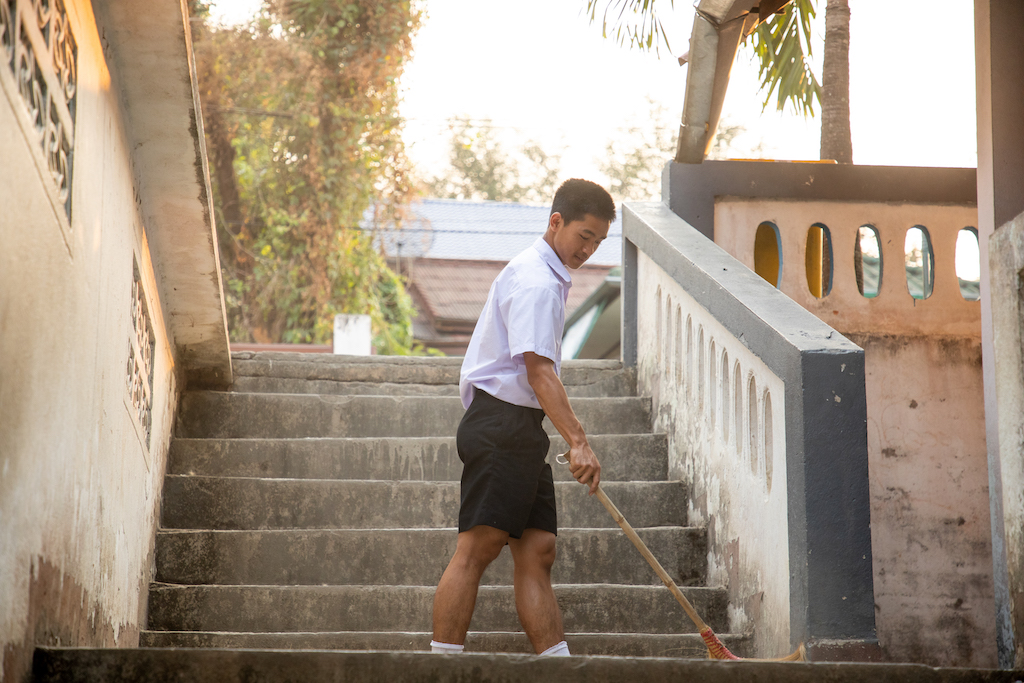 Adun does his morning chores at the hostel before going to school.

Although this separation was difficult for Adun’s parents, they knew sending him away was the only way he could have a better future. They were confident that he would be in a loving, caring community at the church under the care of the pastor and his wife, who is a relative of Adun’s mother.

After the Thai cave rescue, Adun and his teammates received their citizenship.

Healing from the trauma

Today, Adun is still not publicly sharing details about his experience of the Thai cave rescue. He and the other boys have received psychological care through government and non-government services. They have been counselled that they never have to share about their experience if they don’t want to.

“Adun and 12 other friends have been closely monitored by the Chiang Rai Provincial Social Development and Human Security Office,” says Siripan Kongsuriyanawin, Compassion Thailand Child Protection Specialist. “When the psychologists assessed [them], the mental state of all 13 children is normal.” 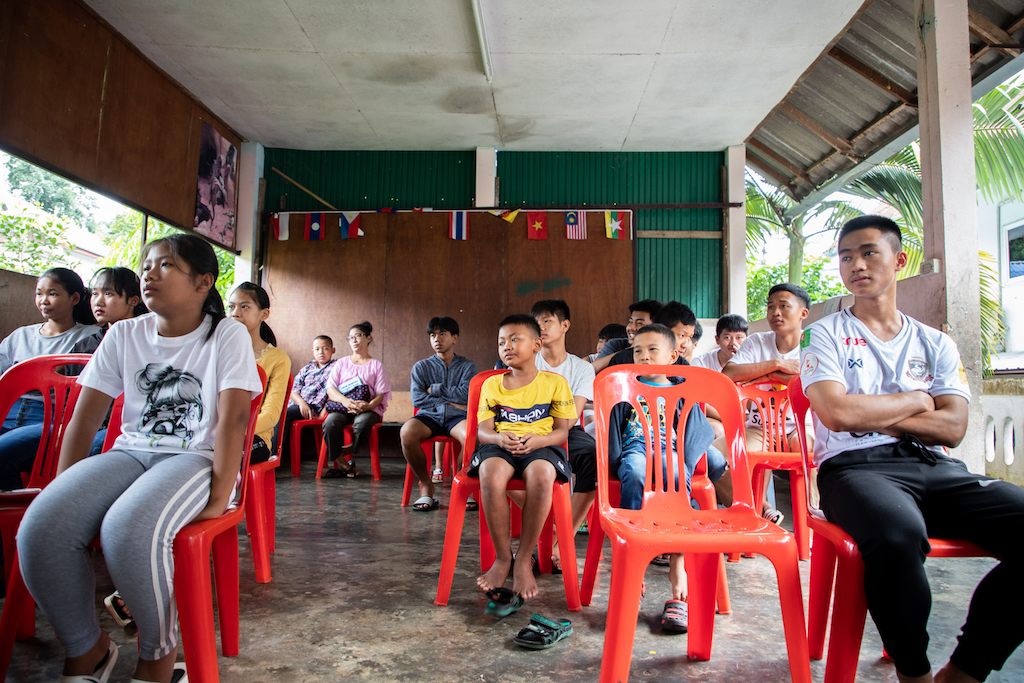 Adun sits in a class at the Compassion centre.

Adun is glad to return to the normal life of a teen as much as possible. He is a go-to person for his friends and classmates whenever they have problems. He’s easy to talk to and is good at encouraging others.

When asked how he would advise other teens facing challenges, he says: “I would say to be patient and confident in God. Pray and wait on God with hope.”

Recently, an incredible opportunity came to Adun. He received a full scholarship to a college preparatory boarding school in New York. Adun was chosen because of his good character and work ethic.

With the support of the Thai government, he has completed the applications required for studying abroad, and is continuing to learn English to be able to transfer to the school in New York as soon as he can.

“I am so glad,” Adun says. “This means starting a new life.”

Would you join us in praying for Adun and the other members of the Thai cave rescue soccer team?