Faithfulness. In my role as chair of Compassion Canada’s board of directors, I’ve had ten years to work closely with Dr. Barry Slauenwhite and observe this fruit of the Spirit exemplified in his life and work.

Barry is a hard worker, always willing to take on the extra assignment. There were many times when he travelled across the country, surviving on little sleep, for the possibility of more children being sponsored. I’ve watched him care for his staff as a good pastor does for his people. He insists on standards of integrity to honour the reputation of Christ. He is highly respected by many people in Compassion’s offices around the world and is in demand as a consultant and speaker. 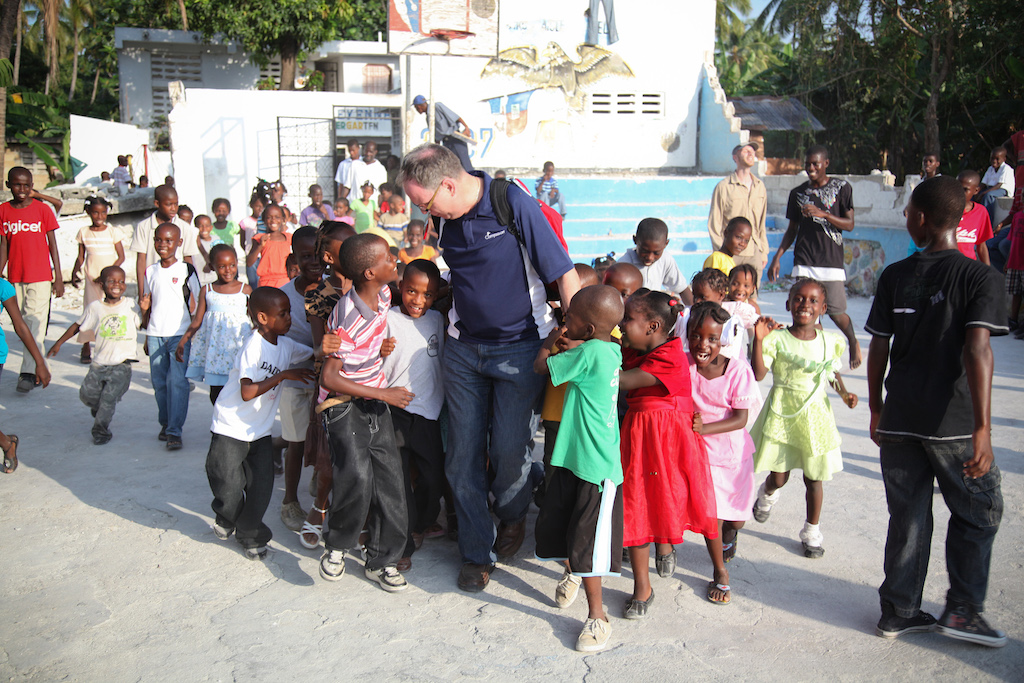 He leads a life marked by a commitment to prayer. When I first joined the board, he came to the airport to give me a ride and in that early conversation, he shared some of the remarkable answers to prayer that he had seen during his leadership. It was apparent to me then that this was a man who both lived and led out of deep and faithful prayer.

All these things arise out of his faithfulness to Christ.

Barry served in his first role at Compassion from 1983 to 1994, working tirelessly to make Compassion known to the Canadian Church. If you sit with him for any amount of time, a story from those early years is sure to emerge. Barry travelled across the country, presenting Compassion’s ministry at church services of all kinds—from little country churches to congregations meeting in Canada’s major cities. He talks often of arriving in a town, finding the local phone book and immediately calling every church in the area, looking for one that would open their hearts to children living in poverty by hosting a Compassion presentation. He would then arrive on a Sunday to preach a sermon about God’s heart for the poor. Following the service, he would present profiles of children from around the world—profiles that had often been organized and prayed over by his daughters, Krista and Heather. Barry persevered with determination, faithfully believing that every child and every sponsor mattered infinitely to our heavenly Father.

It was that commitment that he displayed in those early days that prompted the board to invite him to serve as President and CEO in 1993. Jesus’ summary in Luke 16 is a fitting commentary: “Whoever can be trusted with very little can also be trusted with much, and whoever is dishonest with very little will also be dishonest with much” (verse 10). Because Barry was faithful with smaller responsibilities, God entrusted him with much more.

Under Barry’s leadership, the number of children sponsored by Canadians grew from 4,000 to over 100,000 children. This movement to care for children in poverty has also spread across the country. In 1983, most sponsors were from Ontario, but today we have sponsors from every province and territory in the country. God has blessed Barry’s faithful leadership of Compassion’s staff, volunteers and supporters, and children around the world are the benefactors.

The virtue of faithfulness in Barry’s life extends to his marriage to Sharon, and we would be remiss not to recognize her own faithful service to Compassion’s ministry over the past 36 years.

For 47 years, Sharon has been Barry’s partner in life and ministry. I’ve traveled with them to six countries to see Compassion’s work and have been a firsthand witness to their faithful commitment—to the mission of Compassion, to the betterment of children and to the Lord Jesus. Their individual dedication reinforces the other’s, and they are truly better together than they are apart. 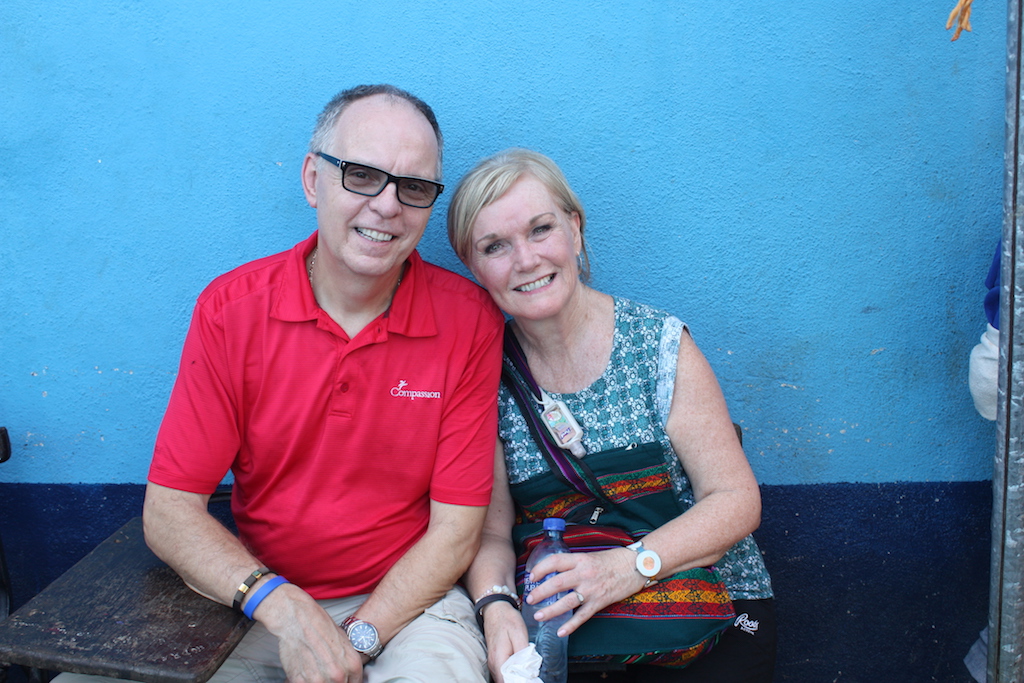 Sharon’s ritual “welcome home dinner” upon Barry’s return from a trip, regardless of the time of day or night, is a tangible example of their everyday commitment to each other. Her willingness to let Barry travel for extended periods, and to join him when possible, speaks to their partnership. Sharon has truly enabled Barry to do this work well, and has become equally respected and admired by children, staff and supporters across Canada and around the world.

In recent years, I’ve had a front row seat to witness the conclusion of Barry’s presidency. He is motivated by this question: What is best for the ministry?

Several years ago, he proactively informed the board that we needed to be looking for his successor—another example of his commitment to Compassion, to plan so diligently. And since the board appointed Allison Alley as the next President and CEO of Compassion Canada, Barry has been a leading cheerleader for her success.

His faithfulness has laid a foundation, paving the road for Compassion’s future.

I’m thrilled to speak on behalf of the board and the Compassion family to say this: Well done, Barry, good and faithful servant of Christ. May you experience deep joy and satisfaction, the reward of faithful service, as you enter the next chapter of God’s assignment for you. Thank you for remaining faithful to the mission of releasing children from poverty in Jesus’ name.

Words from some of our board of directors…

“God has proven Himself faithful, and Barry has enjoyed that faithfulness. My prayer for Barry is that he would continue to trust God’s faithfulness into this next chapter.” – Mark Fletcher, vice-chair

“The thing I appreciate about Barry is how he values people. Something I have learned from him is to send more flowers and celebrate people more often.” – Shannon Williams

“What I really appreciate about Barry is his genuineness and the way he takes people in just by being himself. I’ve watched him lead people as a mentor and leader in the organization, and I’m watching him leave with the same integrity and power that he led with.” – Jennifer Adkins

“One word I would use to describe Barry is generous. He often says, ‘You can’t go wrong by being generous!’ As he goes into retirement, he can know in his heart that he has left a wonderful legacy in this ministry.” – David Burton