Through child sponsorship, children in Compassion’s program are developed in so many ways—physically, emotionally, cognitively and spiritually. But does sponsorship actually equip children to get jobs once they graduate?

As we have developed our program over the years, we have moved to put an even greater emphasis on equipping young people to provide for themselves. At the age of 12, sponsored children move into the “youth development” phase of our program. A big part of this is a guided plan called, “My Plan for Tomorrow.” This workbook, along with Compassion mentors, leads students through setting goals for themselves—social, educational, spiritual, physical and career goals.

“Most of the children’s parents are day labourers, masons or seasonal workers who earn $4 a day,” says Edgar, a Compassion program coordinator in Guatemala who guides children through the curriculum. “That is the reality they know, so this activity is not just about filling out a booklet with what they hope for the future; we are letting them know that they have other options.” 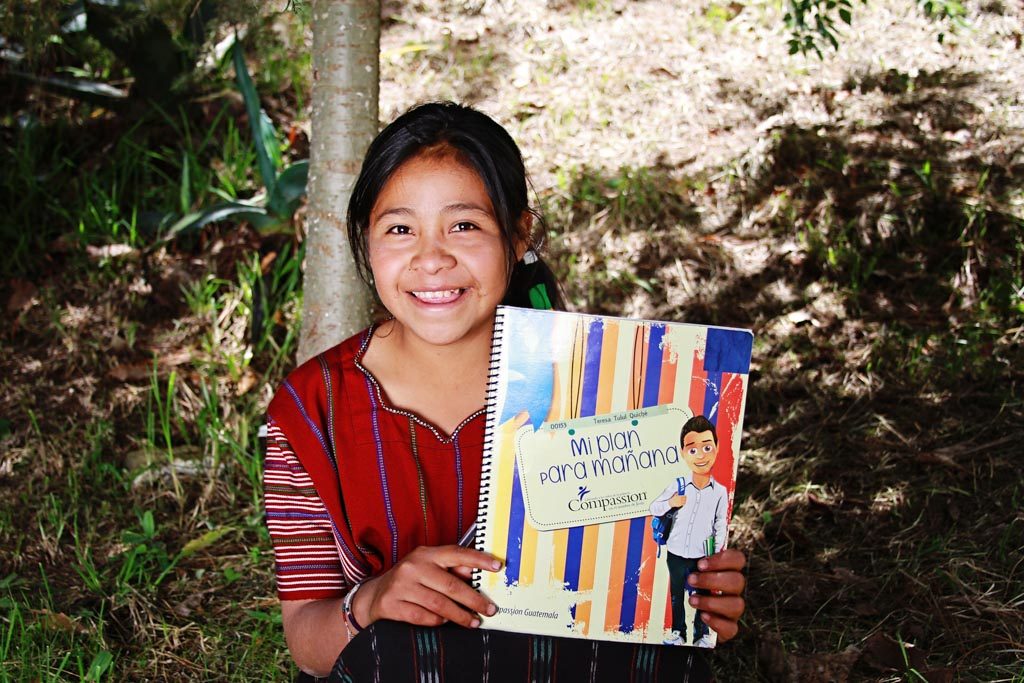 A girl in Guatemala proudly displays her “My Plan for Tomorrow” workbook.

Through this process, young people start to explore what career path they might be interested in pursuing. Their Compassion mentors help them determine steps they can take to help get them closer to those goals. With the help of generous donors, youth are able to take part in education and training that is focused on their particular career goals.

Through these youth development opportunities, young people can access:

We have had the honour of witnessing so many examples of how God uses the lives of young people around the world. These are young people who have been invested in by the local church, sponsors and donors through youth development. Here are just a few of their stories. 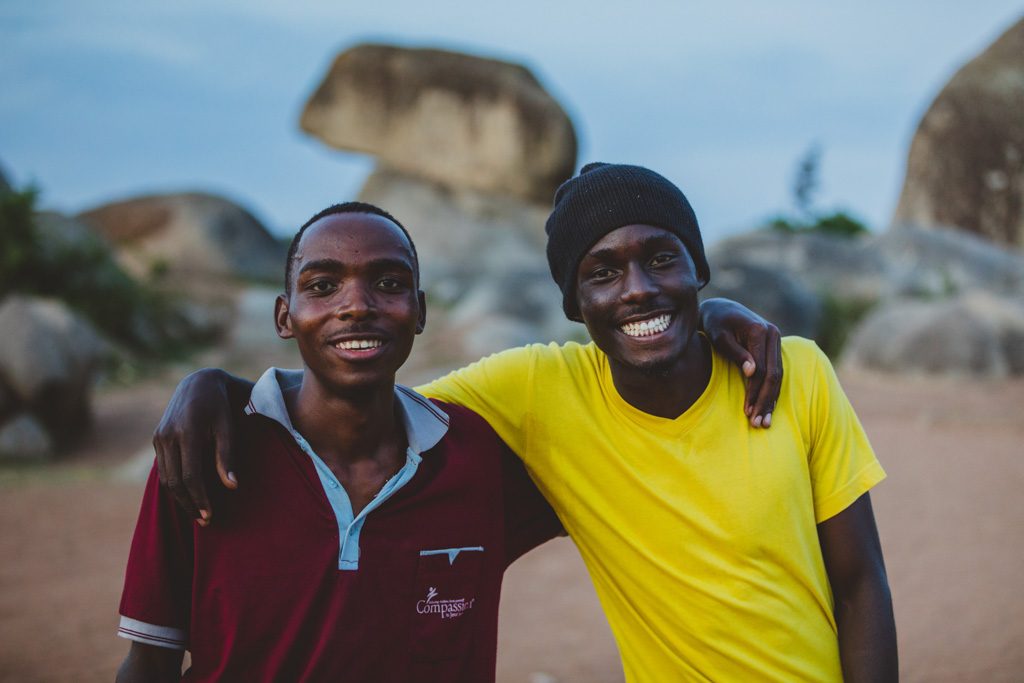 Orphaned twins Kurua and Dotto don’t have family to support them, but they both learned trades so they can provide for themselves.

Twin brothers Dotto and Kurua from Tanzania were orphaned when their mother died. The local church stepped in so that the boys had the support they needed. They ensured both boys received vocational training to learn a trade. Dotto has learned how to make guitars, and Kurua, to make shoes, so that when they graduate, they will be able to provide for themselves.

“I feel like it is my duty to give back to others—to the children who have gone through tough times just like I myself have experienced,” says Dotto. “The church and Compassion stood with me, so there is no point in keeping what I learned to myself. I need to give it freely to others.” 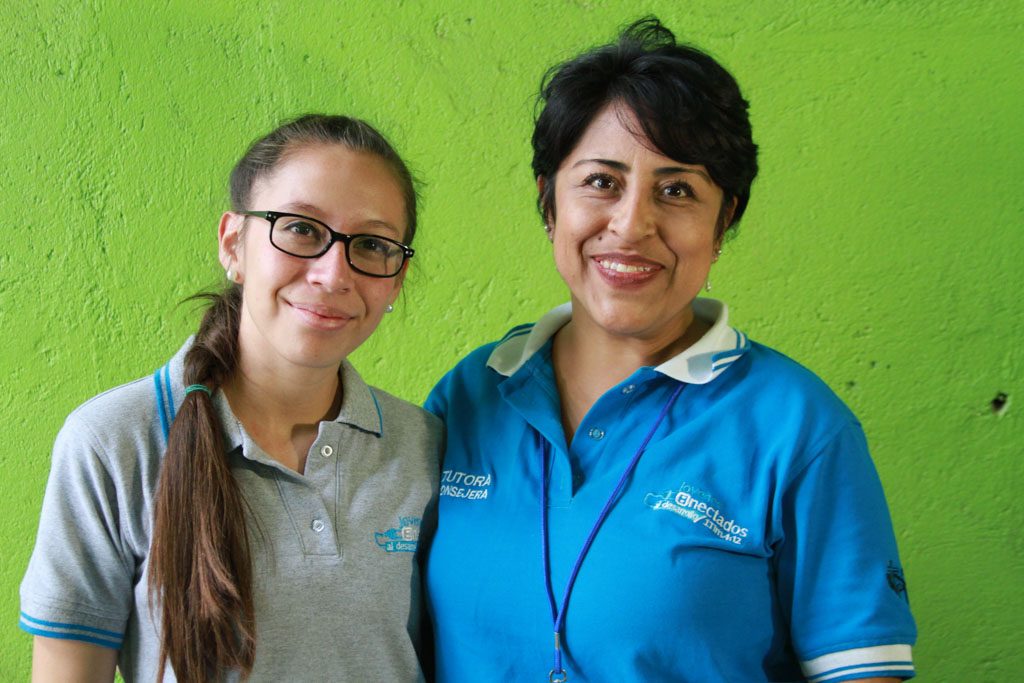 Verenice with her tutor Marlene who has helped her on her journey towards a career in medicine.

Verenice was already working at age 5, cleaning homes each day with her mother in their village in Guatemala. But her family made the difficult choice to lose Verenice’s income and register her in Compassion’s program so that in the long-run, she could find better employment. When she was 12, Verenice was able to participate in a bakery certification program through Compassion. With the skills she learned, she began selling cupcakes in her neighbourhood.

She saved the money she earned for her future, dreaming of a career as a doctor. In high school, she earned a scholarship to finish her secondary school studies with a focus in medicine through Compassion. And now, Verenice is graduating and entering the National University of San Carlos to study a degree in medicine.

“After I become a doctor, my dream is to open a free clinic in my community and help save lives,” Verenice said. 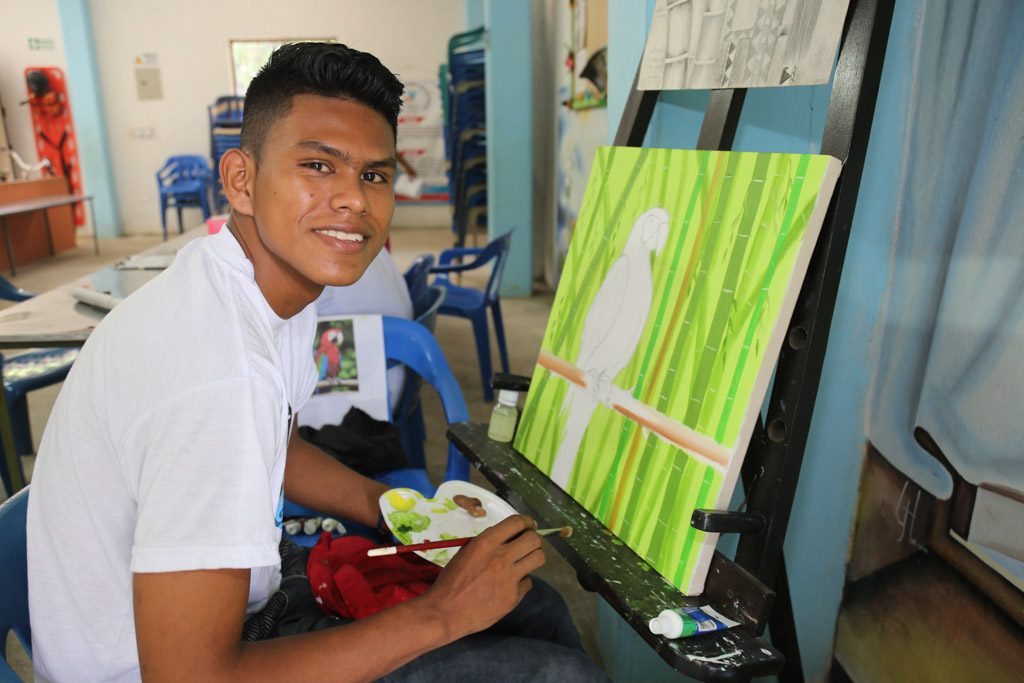 Art has not only been a source of income for Angel, painting is also a source of release for this young man with a challenging past.

When Angel was 10, his mom abandoned his family to be with another woman. Angel, from Colombia, was teased mercilessly for this in his community, and the once playful boy became withdrawn and timid. His father had to work far away on a plantation all day to provide for his children, so Angel became the caregiver for his younger siblings. He dropped out of school to care for them, but the Compassion staff convinced him to continue pursuing his education.

One thing that has always been a huge outlet for Angel is art. Art came naturally to him from the time he was very young—something that he found therapeutic. Seeing his talent, his Compassion tutors have helped him enroll in various art classes. He has won contests and has been able to sell several pieces of art. Angel’s goal is to be a painter when he graduates—and his Compassion centre is dedicated to help him succeed. 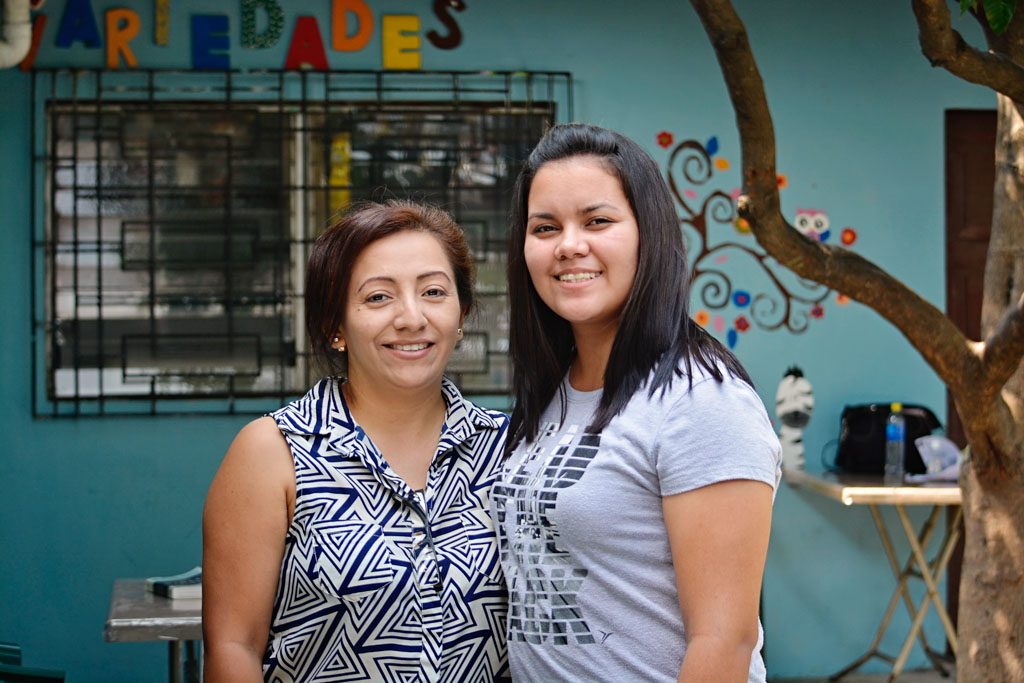 Jasmin with her tutor Monica, who has encouraged her to keep going despite all the struggles she has faced.

When Jasmin’s mom died, her father abandoned their family to start a new one. Jasmin was devastated, and thought she might have to quit school—but her Compassion centre and her older brother ensured that she was able to stay committed to her education.

In a standardized test that all youth in El Salvador take, Jasmin received the highest score in her school. Through the various vocational workshops at her Compassion centre, Jasmin has been learning skills such as how to make cosmetics to sell and how to organize a business. Now, Jasmin is headed for university. Through Compassion, she is pursuing a degree in industrial engineering.

Monica, Jasmin’s Compassion tutor, desires to walk alongside her on this new journey.

“I know that I haven’t adopted her, but the church has. She is in the heart of each one of us, and she is part of this big family who will continue encouraging her to achieve her dreams.”