On a muggy day in Managua, Nicaragua, a bus full of Canadians pulled up to spend the day with children at a Compassion centre. As we piled out of our bus, a sea of children shouting and waving balloons engulfed us. We hugged and high-fived, and I marveled at the expertly sculpted hairdos of the adolescent boys. Little girls had their hair tied up in neat pig tails and boys wore crisp white polos. It looked like it might be a photo shoot for Old Navy Latin America.

It reminded me of a question we often hear at Compassion when people see pictures of sponsored children:

“How come these children don’t look that poor?”

They’ve seen the pictures of children with flies in their eyes and distended bellies and wonder why Compassion is helping kids who don’t look like they need it that much.

Meanwhile, the pastor was showing us around the centre. He showed us their dilapidated latrine and where they are hoping to build new toilets. As he spoke, I saw three children picking their way across the field above us, children who weren’t part of the Compassion centre. One little girl was in her underwear and her hair didn’t look like it had been washed recently. A little boy was in a dirty and torn T-shirt. All of them were barefoot. And I was reminded of the difference Compassion makes in a child’s life and why our children “don’t look that poor.”

The difference, in a word, is dignity.

At the Compassion centre, children learn how to take care of themselves. If their parents haven’t taught them, we teach them about tooth brushing, bathing, and basic hygiene. This might seem like a simple thing, but it teaches children to care for themselves and about their value as individuals.

While some children haven’t learned personal care from their parents, many other parents work hard to keep their children looking nice.

They are poor, but they have dignity. 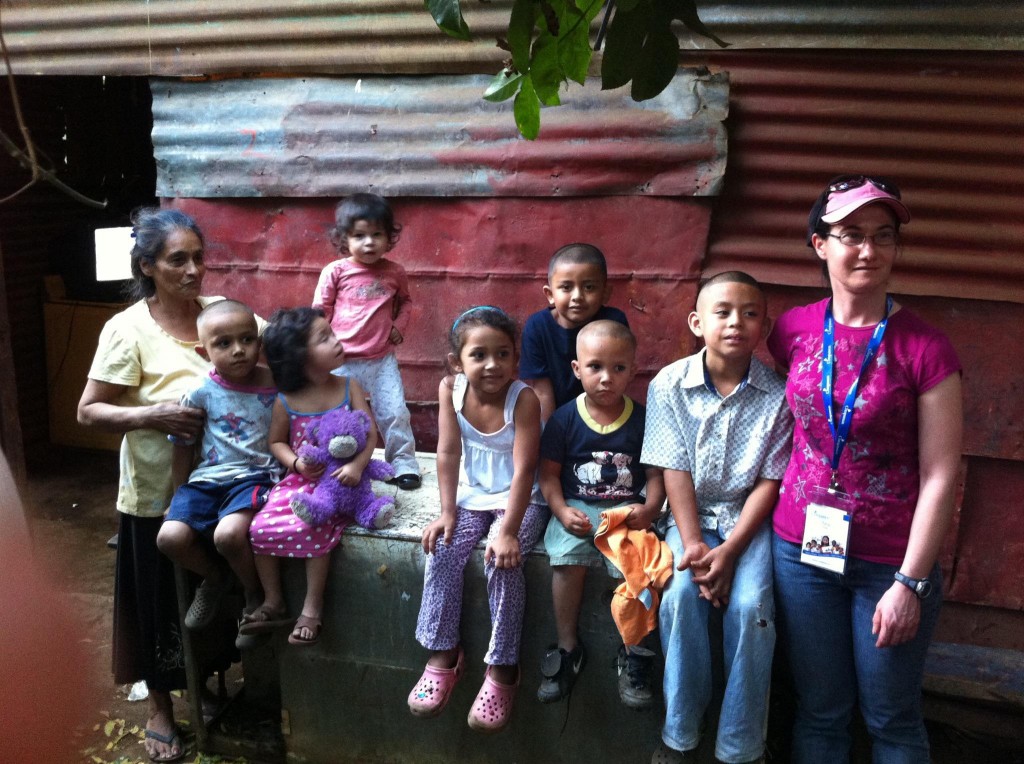 It’s often comical to see us foreigners trying to keep ourselves free from dirt in the places we travel for Compassion. Somehow, we get ourselves covered in dirt after 30 minutes when the locals look pristine despite living in conditions that are similar to camping. I’ve seen women in India in the most vibrant fuchsia saris, looking like they’re on their way to a wedding, despite the fact that they wash their saris in a small plastic tub outside their one-room home. In Haiti after the earthquake, many of the aid workers looked as if they’d been camping – which they had – while the locals living in the same conditions were in crisp white button-ups and slacks. They have dignity.

At Compassion, we want to show you photos that children’s mothers would be proud of. When children show up to have their pictures taken for Compassion, they don’t want to come wearing a T-shirt with holes and dirt smudges. Would you? They want to come in their finest! Little girls will often share dresses to wear for the camera, so they can look pretty for their pictures. When foreign photographers visit their homes to tell their story in pictures, little boys put on their sharpest outfit and comb their hair – just as we would if a photographer was coming to our home.

And that’s one thing I love about Compassion. We want to tell the truth about poverty, to show the reality of children’s lives. But we also want to uphold children’s dignity, as God’s unique and beautiful creation.