We are saddened by the passing of David MacLeod, who served as Compassion Canada’s second President from 1983 to 1993.

David MacLeod was a godly leader and passionate advocate for the mission in which he invested ten years of his life. He was appointed President of Compassion Canada after serving as President of Gideons International, Canada. Dave worked faithfully on behalf of children and communities experiencing extreme poverty around the world. Under his leadership, Compassion Canada hit the milestone of 10,000 children sponsored by Canadians. Compassion Canada also grew to a team of 14 staff under his tenure, which included the hiring of Barry Slauenwhite, who would eventually succeed Dave as the organization’s third President in 1993. 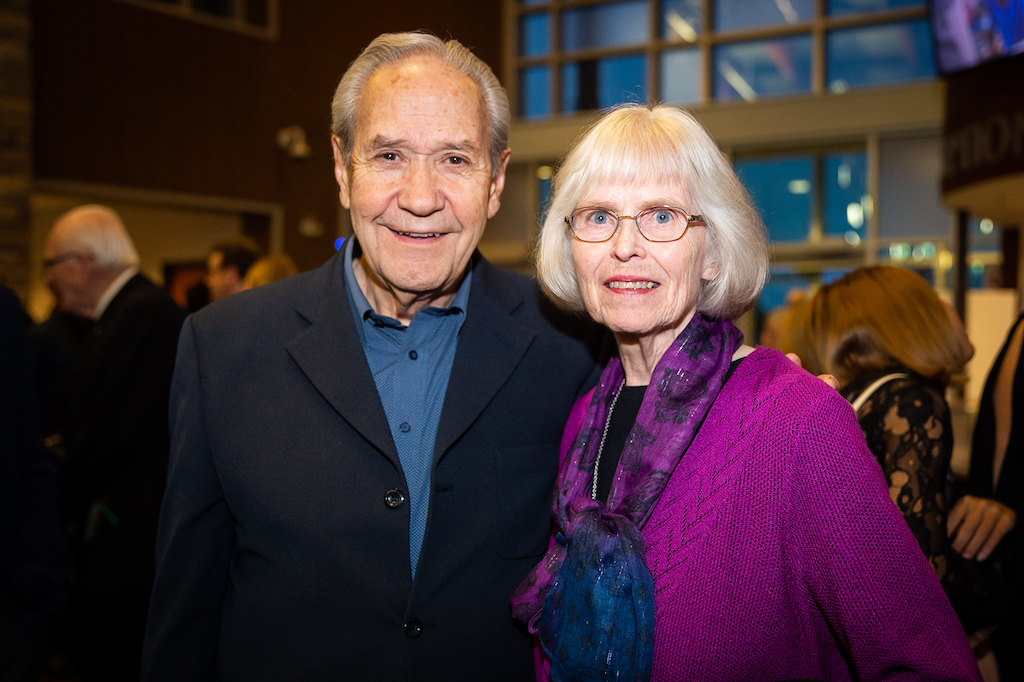 Dave MacLeod with his wife, Lyla, at Compassion Canada’s CEO Succession Gala in 2019.

“David’s life was given to serving his Lord from a child to his final breath,” says Slauenwhite. “He served Compassion for ten years ushering in a new era of ministry across Canada paving the way for a national identity and church partnerships.”

“As I lead this organization today, I am deeply thankful for the strength of leadership that has come before me,” says Allison Alley, President and CEO of Compassion Canada. “It is no small thing to be a part of an organization that has been working to connect Canadians to God’s mission around the world for nearly 60 years. As we pause and reflect on Dave MacLeod’s legacy of leadership, we do so with a resolve to faithfully continue the work he was so passionate about: to release children from poverty in Jesus’ name.”

Our thoughts and prayers are with Dave’s wife, Lyla, and his entire family and community as they mourn a beloved husband, father, grandfather, great-grandfather and faithful friend. We put our hope in the confidence that Dave has stepped into eternity in the presence of his Lord and Saviour.

“And I heard a loud voice from the throne saying, ‘Look! God’s dwelling place is now among the people, and he will dwell with them. They will be his people, and God himself will be with them and be their God. He will wipe every tear from their eyes. There will be no more death or mourning or crying or pain, for the old order of things has passed away.’”