How sponsorship is preventing the exploitation of vulnerable ethnic minorities displaced by war through citizenship.

Eleven-year-old Thidarat from Thailand is afraid of two things: Snakes—not surprising, given that she lives near the homeland of the Burmese python—and war.

She lives in a peaceful village on the border of Myanmar, but the memory of war still casts a shadow of fear over many of her neighbours, nearly all of whom fled violence in Myanmar in the past.

Her father, Mou-ae, grew up in the Karen State of Myanmar, which fought on and off for independence from the 1940s until 2015.

Gun shots and explosions could often be heard from neighbouring villages, and atrocities committed against the Karen people, such as systematic rape and the razing of villages, were documented by human rights watch groups for decades. Many of Moue-ae’s friends—just boys themselves in their early teens—became fighters for the Karen National Union. Many died.

Others died or were maimed without fighting. The fields were littered with landmines. The act of simply playing outside with friends was potentially deadly. Once when Mou-ae and a friend were walking together, his friend stepped on a landmine, blowing off his foot.

One day, soldiers came to Mou-ae’s village, as they had many times before, killing in their wake. This time, Mou-ae and his mother grabbed a few items of clothing and ran.

“I was so afraid of the soldiers,” he says. 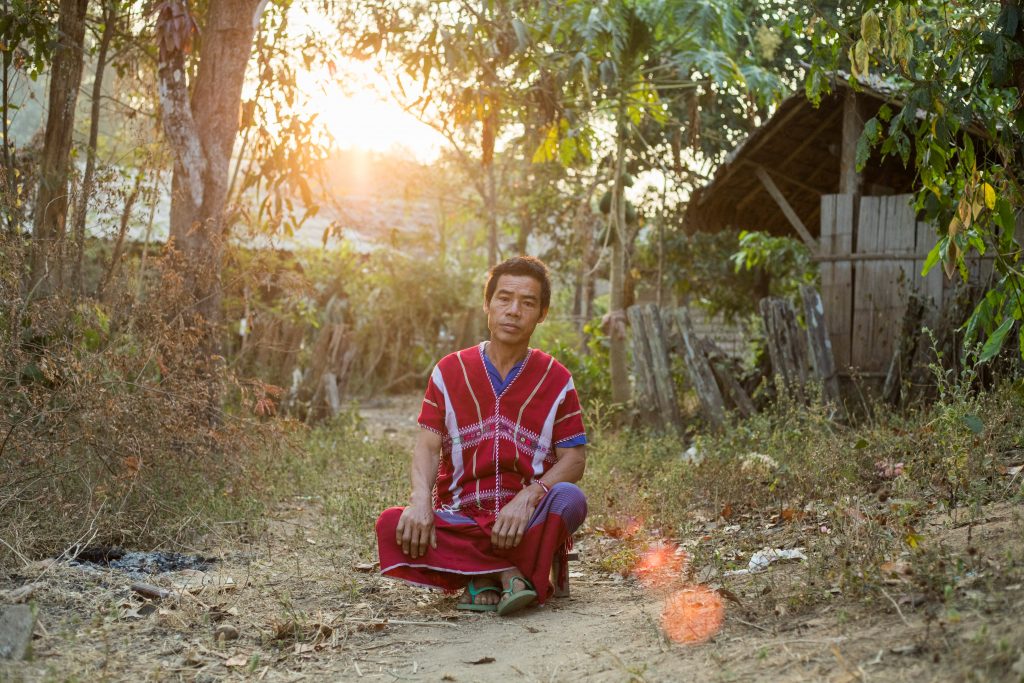 They kept running. It took three days, but they finally made it to the Moei River—the border of Thailand and their escape from death.

Hundreds of thousands of people like Mou-ae have fled into northern Thailand from Myanmar trying to escape violence. Most of them are ethnic minorities, such as the Karen tribe.

These de facto refugees are the most vulnerable to exploitation and trafficking.

According to the US Department of State, “Foreign migrants, members of ethnic minorities and stateless persons in Thailand are at the greatest risk of being trafficked, and they experience various abuses…including the withholding of travel documents, migrant registration cards, work permits, and wages.” 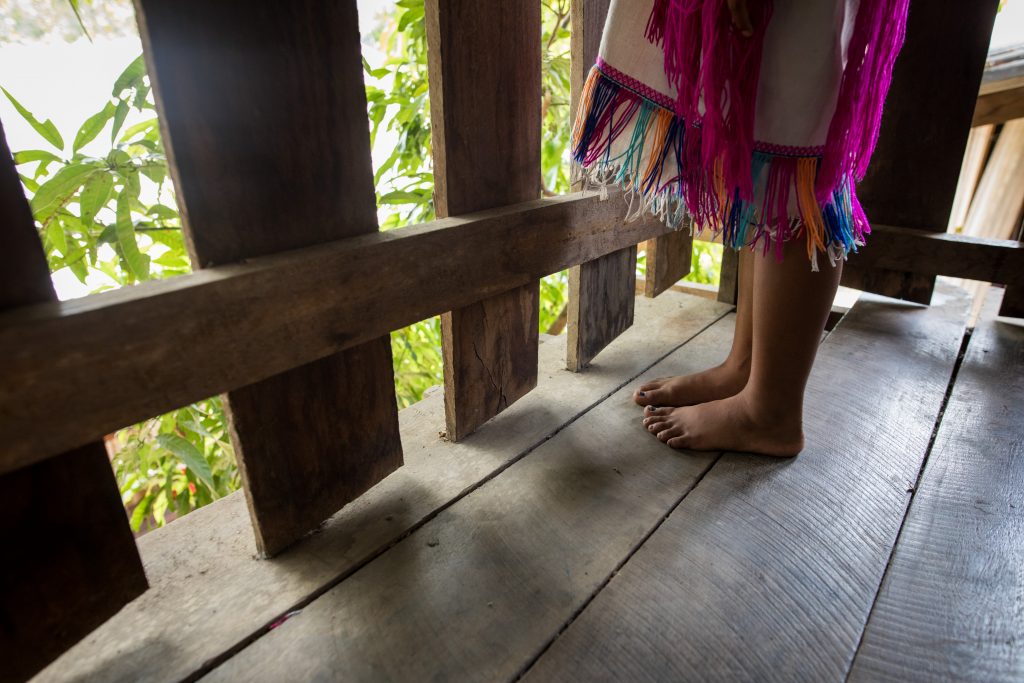 A girl in traditional Karen dress; ethnic tribal groups are at highest risk of trafficking in Thailand.

Kannika Keerecharean, a Compassion centre director in a village that consists mostly of people who have fled Myanmar says, “When the [trafficking] agencies come, they promise to provide all the legal documents for foreigner labourers. But what happens is when these non-citizens go to the cities, they find the agency never did any documentation for them. So they become illegal labour in that area.”

Kannika has heard of this happening in her area quite commonly. Usually, she says, the agency brings people to jobs as domestic servants, and they find themselves trapped without legal documentation. But two or three years ago, two people from a nearby village were lured away with the promise of a good job. Instead, they were forced into prostitution. 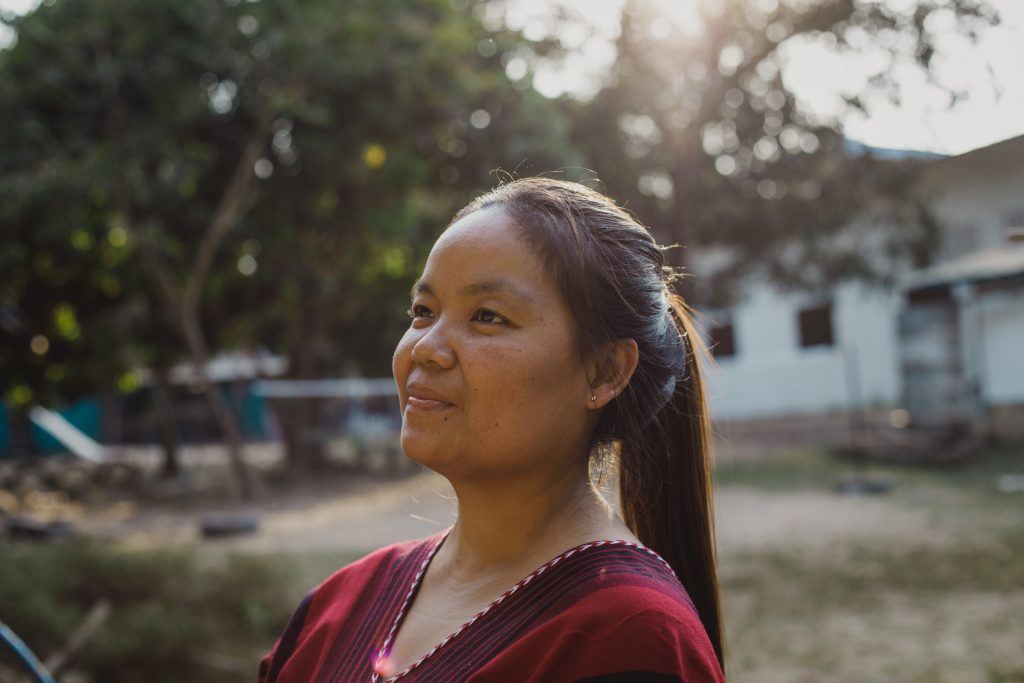 Kannika Keerecharean, whose family escaped Myanmar, is a Compassion centre director and dedicates herself to helping the children in her care gain Thai citizenship, and therefore human rights.

Tragically, it’s estimated that there are currently tens of thousands of victims who have been thus coerced into the sex trade and other forms of exploitation in Thailand.

Besides the risk of trafficking, these migrants and their children don’t have the same access to health care or education as citizens. Without citizenship, students don’t receive an official certificate after graduation and many avenues of employment are closed to them, as is higher education. They cannot own land and they are not free to live or work outside of their province. They are trapped in the extreme poverty of the villages along the border. 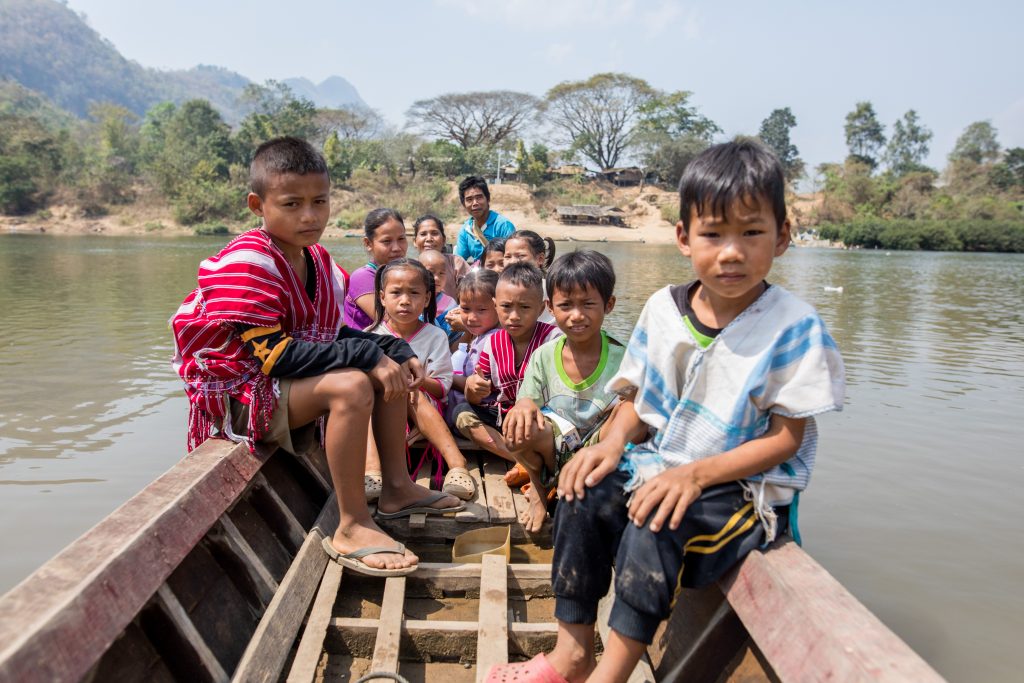 The Moei River, pictured above, serves as the border of Myanmar, from which people have been fleeing violence for decades.

The Thai government does make a way for the children of migrants who were born in Thailand to become citizens. But it’s a long process, and most do not know the steps.

Several years ago, the potential for a different future was ignited in many children’s lives.

Compassion Thailand partnered with International Justice Mission (IJM)—an organization that strives to protect those living in poverty from injustice—to help those eligible acquire citizenship. IJM then trained Compassion’s church partner staff, who now regularly help the children in their care gain citizenship, along with their families and community members.

And Thidarat—who still fears the war that haunts her father—is one of the hundreds of children who has become a citizen through the support of our church partners.

In fact, through the church’s support, all of Mou-ae’s children are now citizens.

They can receive education.

They can receive health care.

They are free to travel and work. 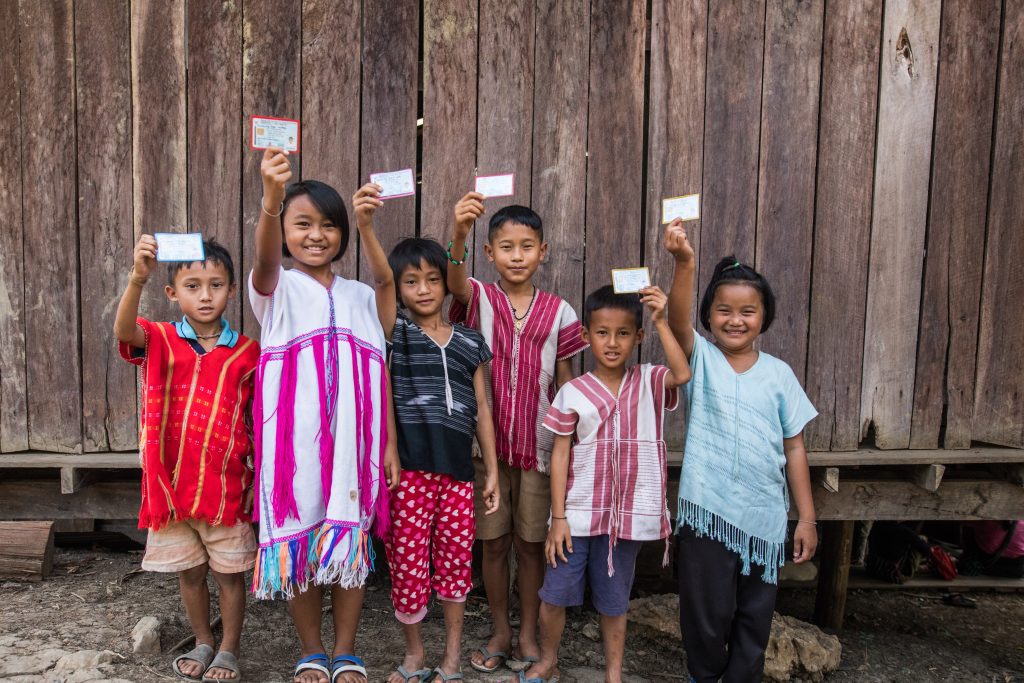 Hundreds of children have become Thai citizens through the work of Compassion’s church partners, including these six from Thidarat’s Compassion centre.

Where once they might have been prime targets for trafficking, now they can pursue opportunities to flourish as Thai citizens.

“My hope is that all my children have big careers and can take care of themselves well. That’s all I have,” says Mou-ae. His haunted eyes reflect years of hardship, contrasted by the bright, hopeful eyes of his enthusiastic daughter.

Thidarat loves playing games. She loves dancing and running and art. Her smile is as wide as it is infectious. She wants to be a nurse—a job only citizens can hold, as only citizens can access the education necessary.

Not only does Thidarat have the chance to pursue her dream, but she has mentors at the Compassion centre who love and guide her. They help her when she’s having trouble at school and advise her about her future. They are providing a consistent stream of love and truth into her life. 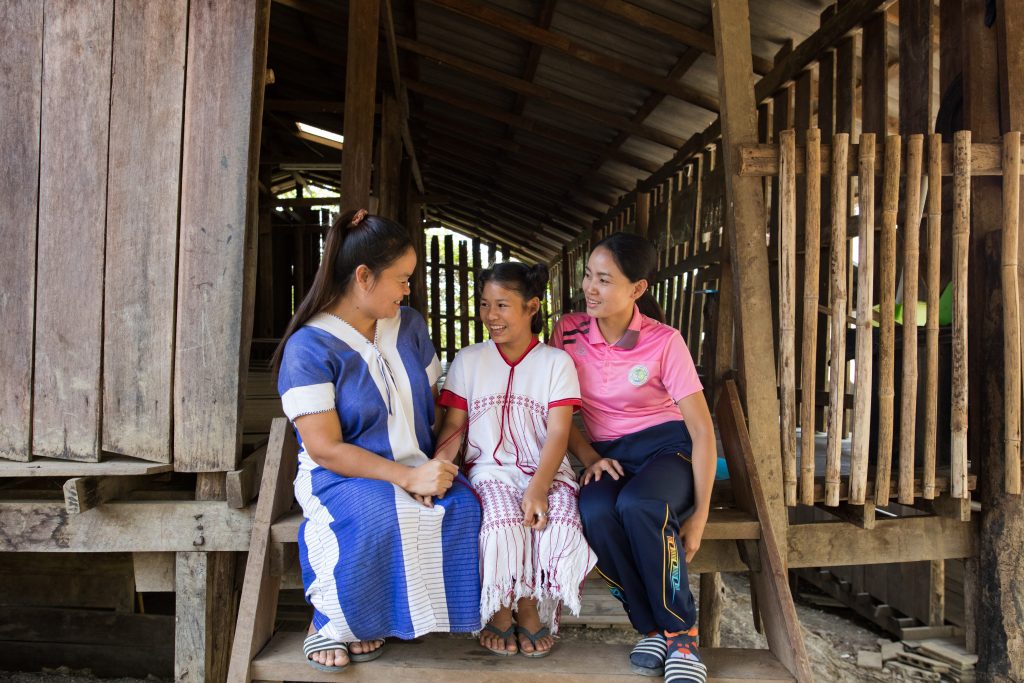 Kannika, centre director, and Nat, mentor, are two of the women at the Compassion centre who are building into Thidarat’s life.

Thidarat is Buddhist, as is most of her village. The church’s work to bring citizenship to the community is building bridges between the two groups in amazing ways.

“The church has become the centre for consulting and advice for those who want to get their citizenship,” says Kannika. “There’s a big difference because the church is well accepted by the community, and they accept Christians more.”

Thanks to our supporters and church partners, children like Thidarat who are in some of the most high-risk situations in the world are gaining protection, rights, education and a chance to know the love of God. Through the care of the church, these children are known, loved and protected.

Sponsor a child in Thailand