His sparkling blue eyes first capture your attention, drawing you in. Then you notice the bold streak of light-coloured skin on his forehead and his lighter hands. His appearance is striking. You may recall a photo that we shared of this boy on Instagram.

Born in rural Uganda to young, unmarried parents, his unique features have surprised and frightened people who see him—including the people closest to him.

Namatovu, Shakul’s grandmother, says, “My son called me and said they had given birth to a son, but he was sick and had different colours. I told him that it was okay because that is how God created him. He said he had no money and the parents of the girl had chased her from home with her baby. I didn’t know what to do, so I told him to bring the child and mother to live with me.” 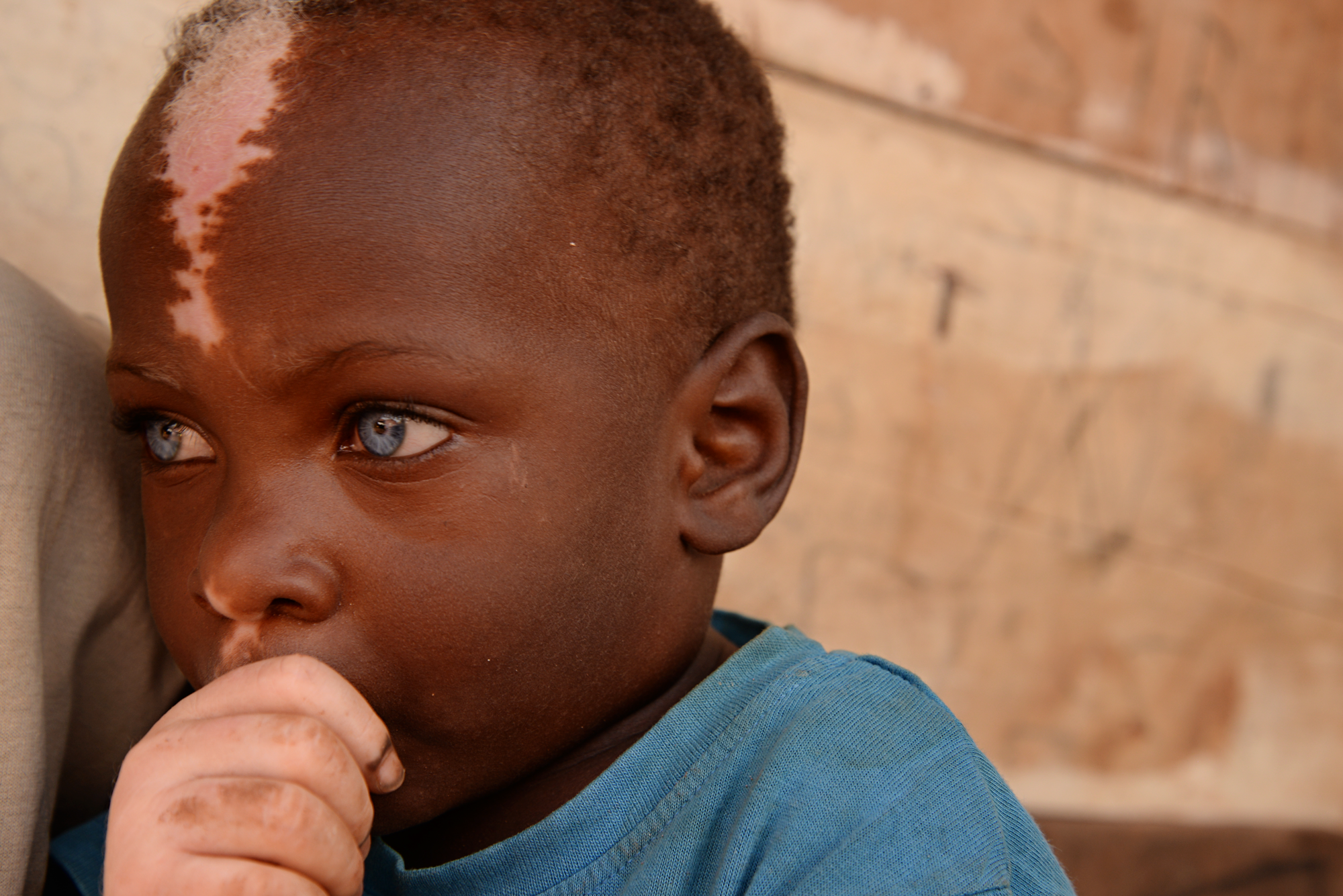 Namatovu panicked when she first saw Shakul. In some rural Ugandan villages, locals believe that children born with visible differences may be seen as a curse.

“The first time I saw Shakul, I was astonished. It was strange. I was scared. I wondered if he was sick,” says Namatovu. “Even the children were scared. They would run when they saw him. I called a friend and said, ‘Will this child survive?’”

But Namatovu quickly grew to love her grandson, realizing he was just like other babies.

She noticed Shakul’s mother didn’t bond with him though. She refused to breastfeed him. She wouldn’t help him when he cried. And she didn’t show much interest in the child. 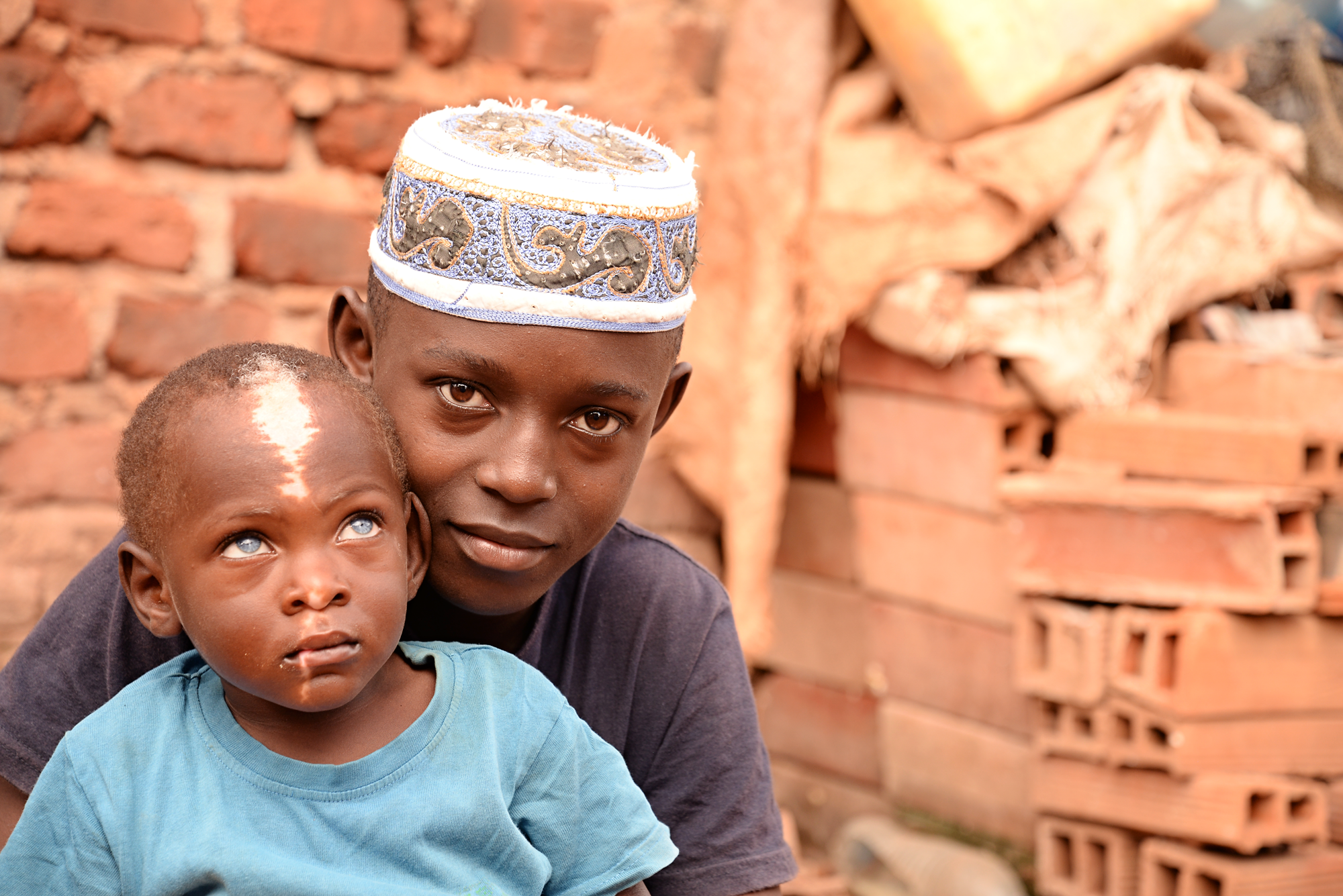 Namatovu continues, “After two months’ time, Shakul’s mother said she was tired and wanted to go back home, so she left with Shakul. But I told her, ‘Please never abandon the boy. If you ever get stranded, return the boy to me. I’ll care for the boy.’”

Despite Namatovu’s plea, Shakul’s mother abandoned him shortly after returning to her village.

“One night, at 3 AM, my son called. He said the mother had put the baby outside his door. He said the baby was completely naked in the cold,” says Namatovu.

She knew that if the child were to survive, she had to care for him. But Namatovu washed clothes for a living, and didn’t earn much money. Sometimes the nearby Compassion centre would hire her to help with cooking, but not often enough to be a reliable income.

She chose to take Shakul in anyway.

One day, the local Compassion centre was hosting a group of visiting sponsors and their usual cook couldn’t make it. So they asked for Namatovu’s help. With no one to babysit Shakul, she brought him along. The visitors and staff were fascinated by his cheerful personality and striking appearance. 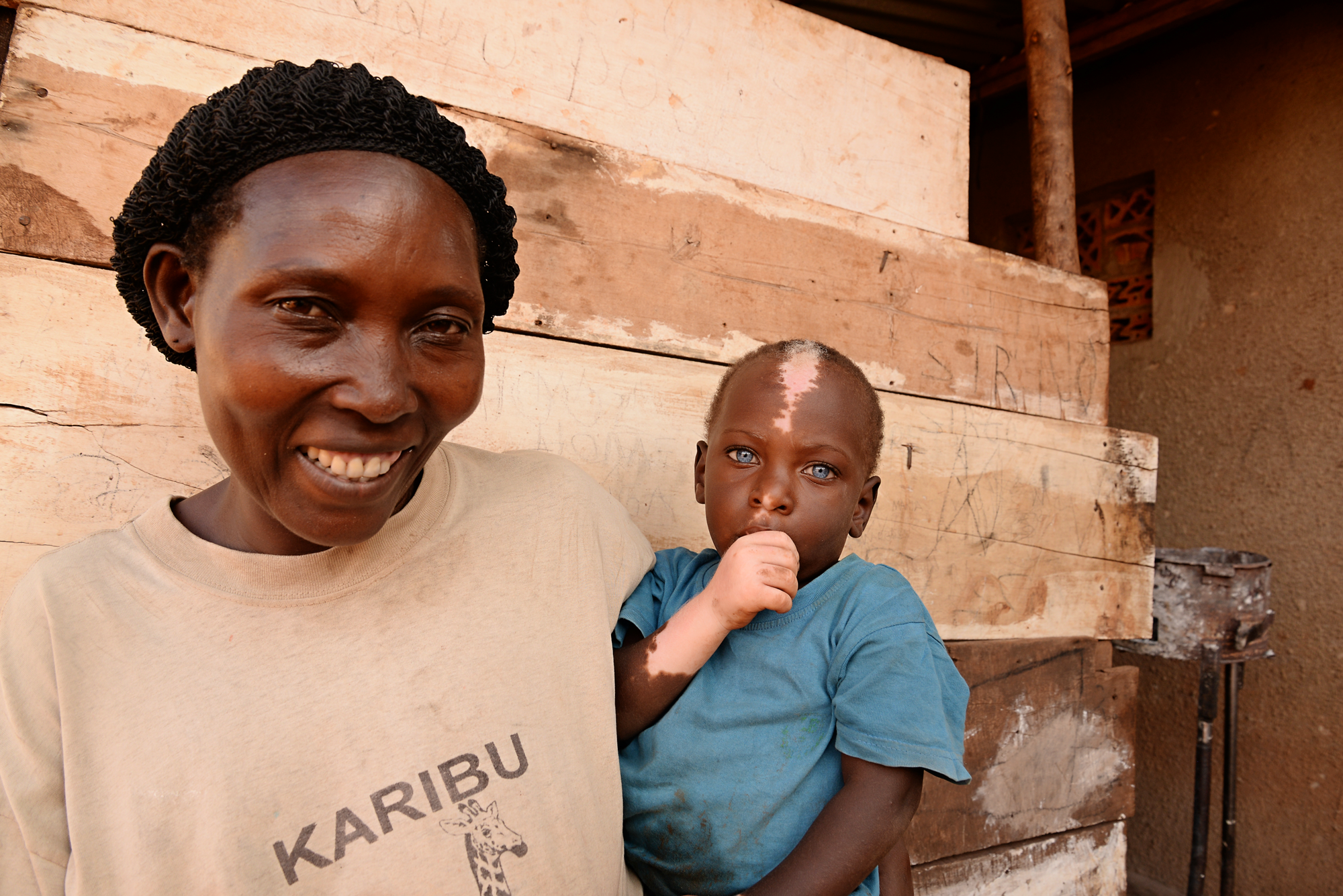 The trip leader, Matt, felt an immediate bond with the boy and wanted to sponsor Shakul. He arranged for Shakul to be enrolled in Compassion’s sponsorship program. Through this program, Shakul was taken for a medical examination where doctors diagnosed him with Waardenburg Syndrome—a rare genetic condition that causes changes in the colouring of the skin, hair and eyes, as well as hearing loss.

Thanks to his sponsor, Shakul will now have access to health care. He also will be surrounded by caring Christian community members at the Compassion centre, reducing the likelihood that he will be socially shunned because of his condition.

“Shakul is very active, and children love him a lot. They love carrying him,” says Agnes, the director at Shakul’s Compassion centre. “He does not talk but is a good communicator. He interacts very well with others. He loves coming to the centre and he never wants to leave.” 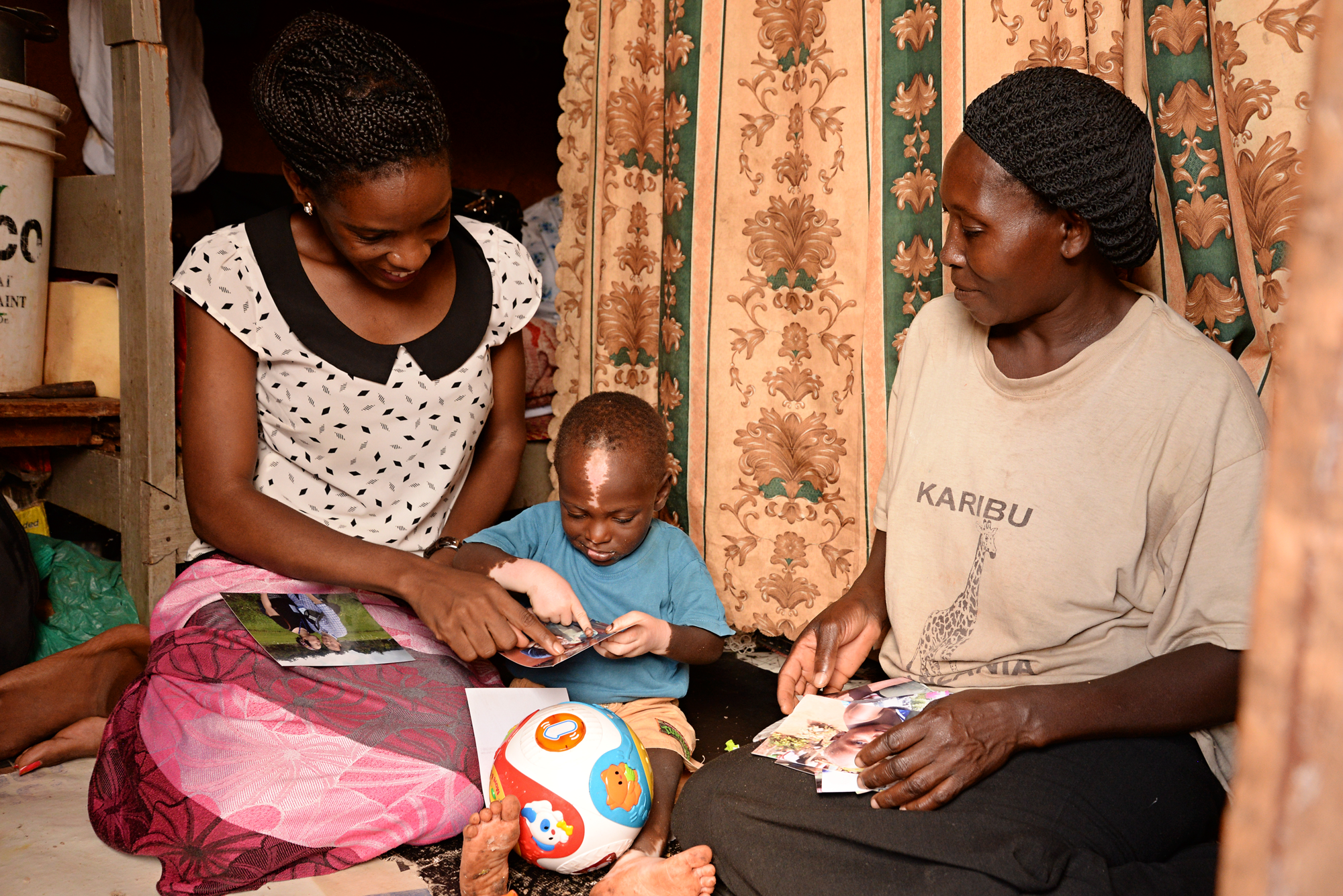 A staff member from the local Compassion centre visits Shakul and Namatovu at home.

Matt and Heather—Shakul’s sponsors from Australia—have also been a blessing to the family. They recently visited Shakul again, and Namatovu was amazed by their generosity and love.

Pauline, one of the Compassion centre staff, says, “Namatovu was not a Christian, but when Matt [and Heather] sent gifts for Shakul and the photos of the visit, Namatovu was so excited. We used to tell her about salvation, and she said she would get saved. After the gifts, she said there is nothing that can stop her from being saved.”

And Shakul’s grandmother recently received Jesus as her Lord and Saviour.

As for Shakul, we know he has a bright future ahead of him. Though he was abandoned by his mother and shunned by other children, now he is part of a loving and caring community that will look out for him.

Join us in praying for Shakul as he grows up to become all God intended him to be! 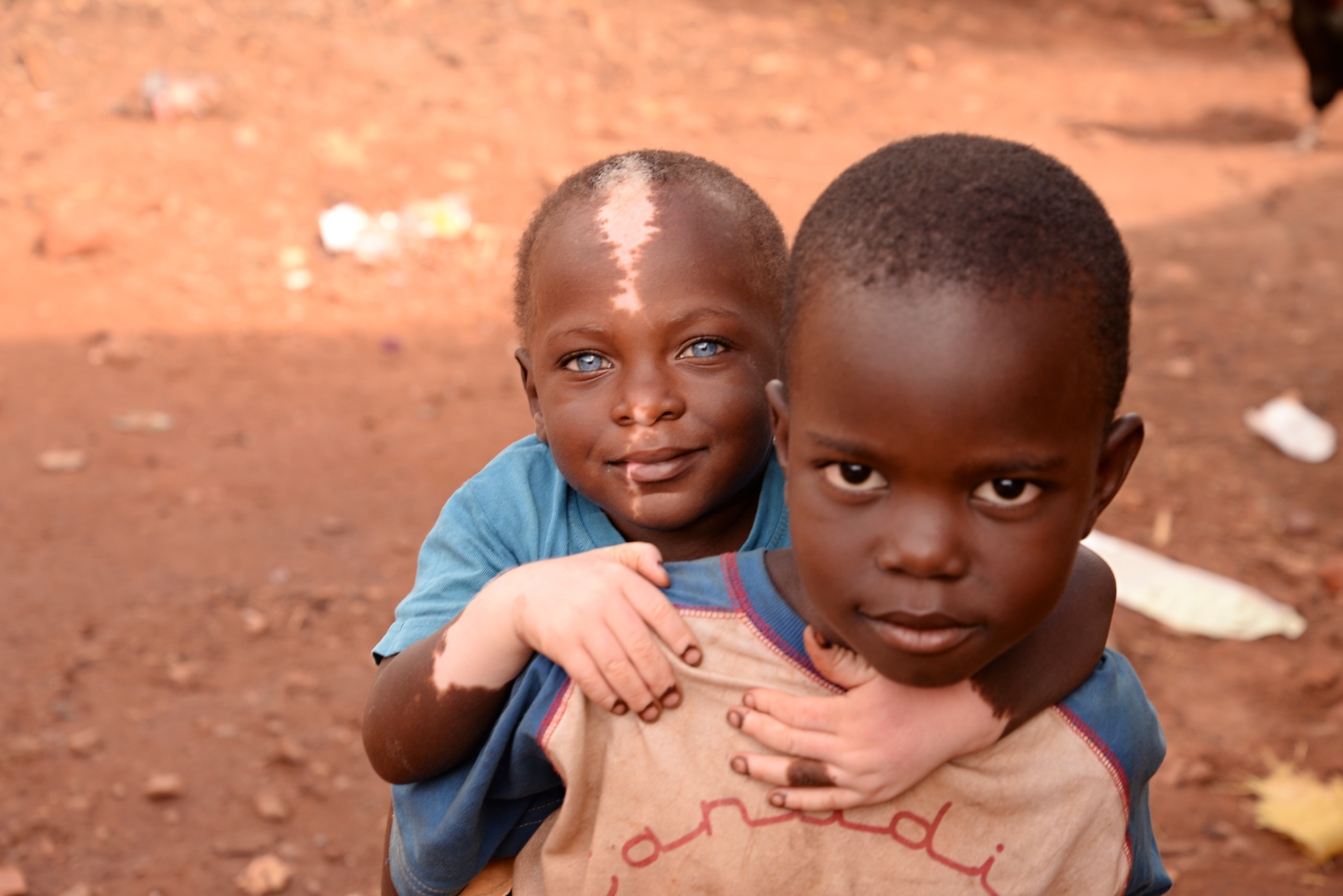 Shakul getting a piggy-back ride from his best friend.

Help more children like Shakul discover that they are known, loved and accepted, just as they are.

Devon Cornelius is the Project Manager for our Marketing team at Compassion Canada. When he isn't gardening or experimenting in the kitchen, he loves helping others discover their God-given potential.