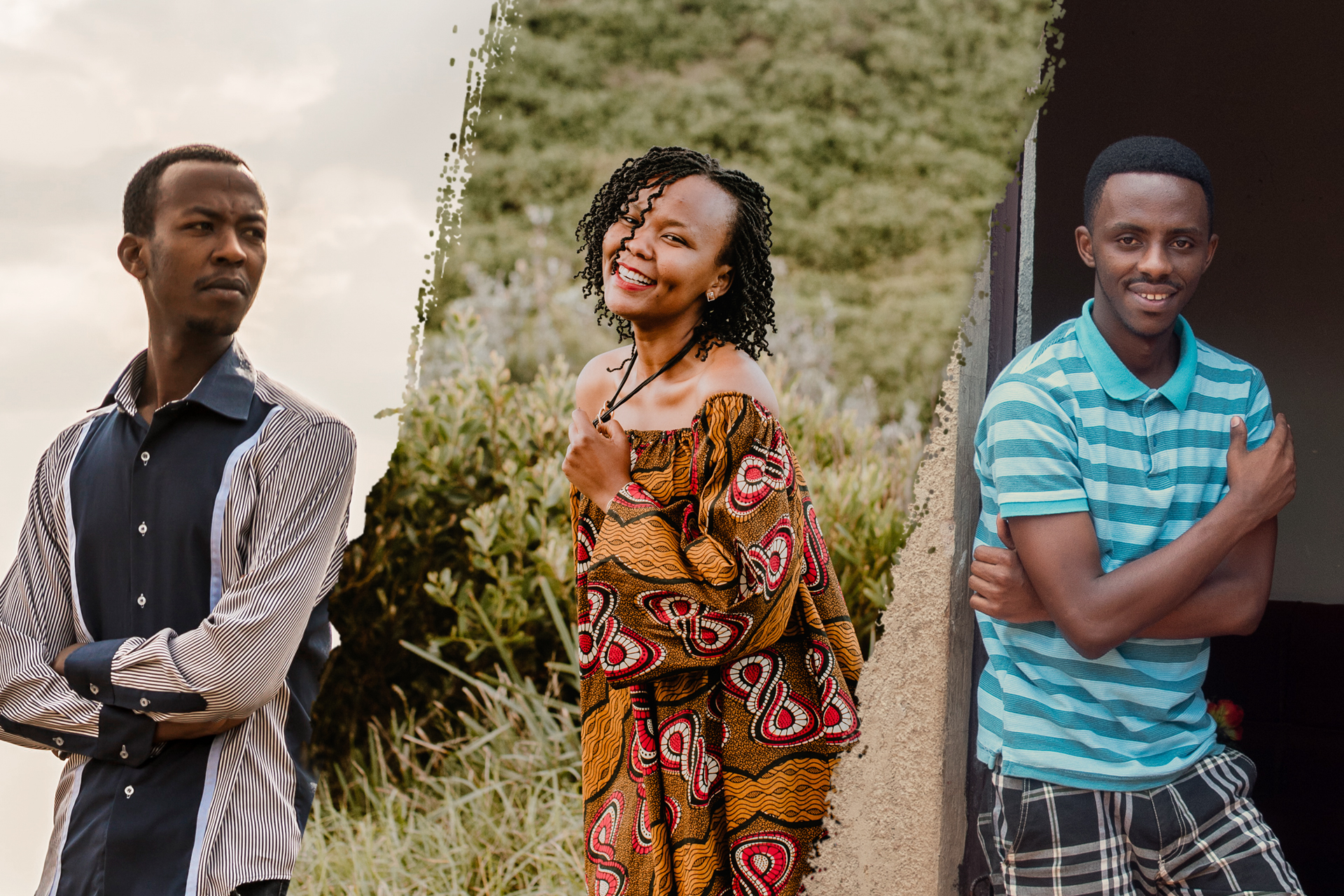 “Blessed are the peacemakers, for they will be called children of God.” -Matthew 5:9
_____

It’s been 25 years since the 1994 genocide against the Tutsi, and though time has passed, the people of Rwanda will never be the same. The genocide was started in April of 1994 by Hutu nationalists in the capital of Kigali. For 100 days, Hutu militias took up arms against the Tutsis. More than 800,000 people were slaughtered during those 100 days. The people of Rwanda will always carry with them the deep loss and scars the genocide left behind.

But, love has since been on the move.

From the government and courts—both local and national—to the National Unity and Reconciliation Commission, the road to peace is actively being rebuilt, one stone at a time. And ordinary Rwandan people are joining them in building this mosaic of peace. People whose lives were turned upside down by the horror of those events, whose wounds are slowly healing—and who are pursuing radical reconciliation in extraordinary ways.

Christine, Methode and Christian are just three of these incredible peacemakers—young professionals making deliberate decisions to forgive others and make beauty from brokenness.

Through the support of their local church and Compassion family, these young trailblazers are actively practicing enemy-love. 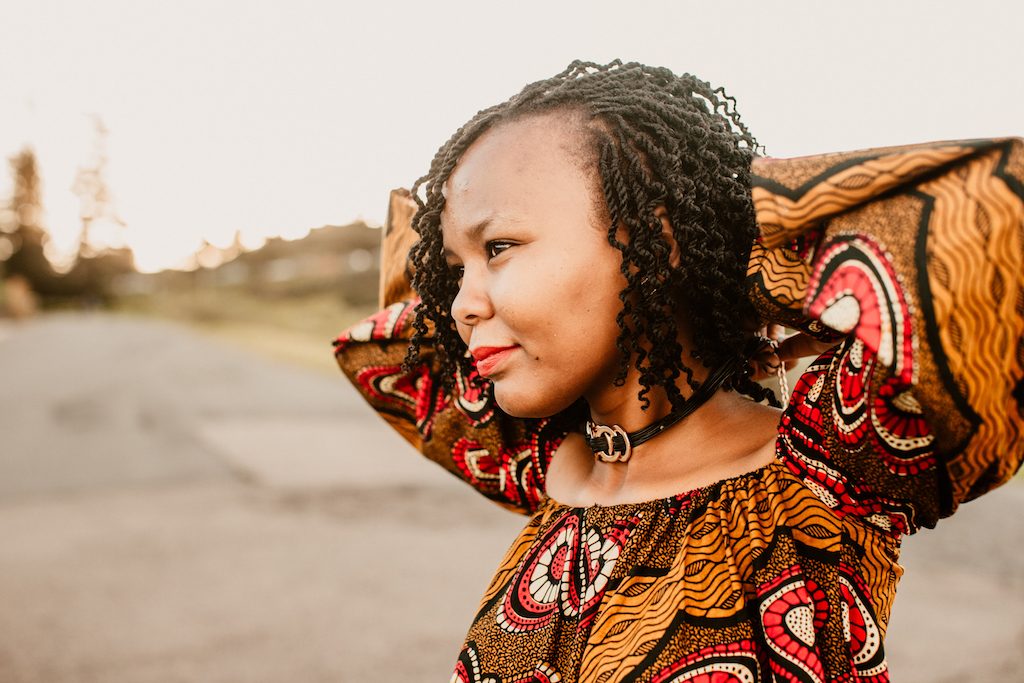 Christine was four years old when she lost both of her parents in the genocide. The last moments shared with her mother were spent hiding from the rebels for two weeks straight. Christine vividly remembers when she, her mother and her four siblings were found by the rebels while leaving a neighbours’ home—her mother hoisting her on her back with panicked legs running below.

She remembers the rebels closing in—her mother lowering her down, pleading with her:

Christine froze, paralyzed with fear, but her aunt—who’d been running behind—scooped her up. In her auntie’s arms, Christine watched her mother plead for her life, before she was shot straight in the head. From that day on, Christine and her siblings were raised by her aunt and grandparents. Life seemed dark, without a glimmer of hope. But at age five, Christine was sponsored through Compassion—an event that would infuse a new hope into her life.

As she grew more into herself, her faith and her passions through her time with Compassion, Christine’s aspiration became to change the tide of society around her—to instil lasting hope. To forgive and move forward into a life of radical reconciliation powered by her consistent love for others.

After accepting Jesus in her teenage years, Christine decided—by God’s grace—to forgive the people who murdered her parents.

She learned how to let go of the hatred she had been holding for years, and how to give it to a creative God who notoriously makes beautiful things out of dust. And, He did just that. After excelling in all of her studies, Christine went on to study political science at Rwanda National University. After graduating, she worked at the Rwandan parliament in the Senate. Today, she is a Child Protection Officer with Save the Children International.

“My life would be a lot different if I did not have Compassion. I have grown in Christ through Compassion. Today, I’m able to give back to my country. Helping people in need is what I love to do. I would like to be a servant leader as Jesus was. I have a dream of one day being the Minister for Human Rights.”

Methode is quiet, contemplative and kind-hearted. But after all he lost in the genocide—including his father, mother and three siblings—he was seething in bitterness and rage, wanting only revenge.

With the help of trauma counselling through the Compassion program at his local church, Methode was able to slowly process all that had happened to him. With time, he took the painful but healing steps toward forgiveness. He discarded the list of those he wanted to kill and instead, chose to forgive and step into a new future.

Methode is now a successful business owner in Rwanda’s tourism industry. As he strives to understand God’s love for him, he extends love to those he once hated and even hires Hutus—his former enemies—to work for him. 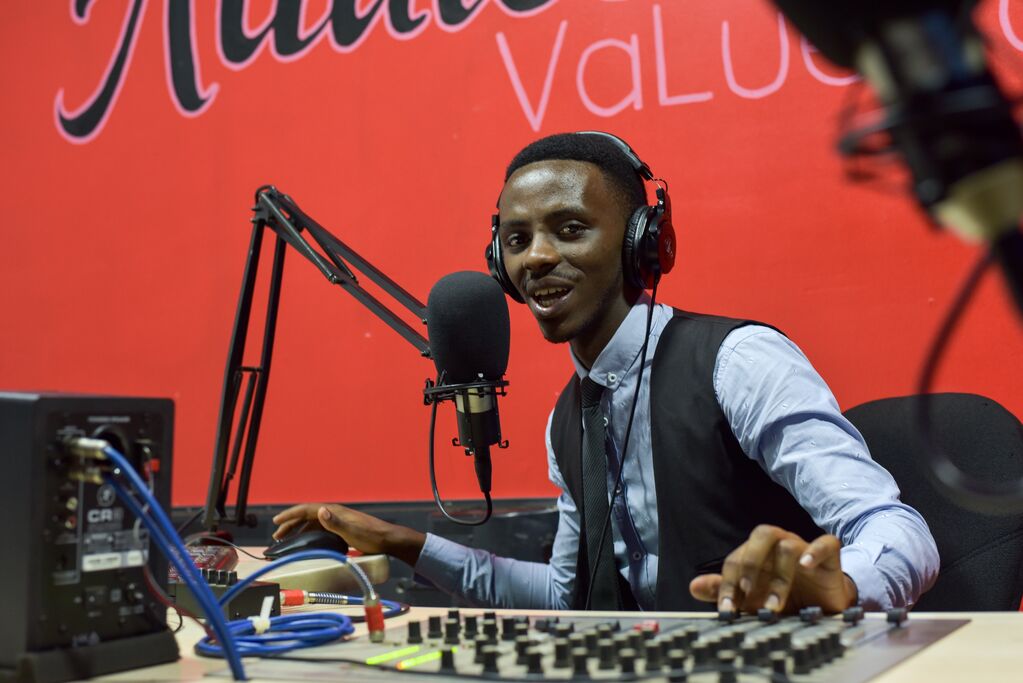 Christian can’t remember anything about the genocide—but that doesn’t change the lasting trauma the event had on his life. He was less than one year old during those 100 days in 1994. How he and his mother survived remains a mystery to him.

“It’s still tough for my mother to share with me what happened. It was so traumatic for her. She lost my father at a time when they had just married and were starting a family,” says Christian. Christian’s mother eventually remarried, but Christian’s stepfather was very cruel to him.

“He told me that I would amount to nothing as a man.”

He describes wishing to at least see a photograph of his father—something to fill the gap of his father’s absence.

Thankfully, that gap was slowly filled by his local church, the words and support of a Compassion sponsor, and ultimately, Jesus. “I received love and care from my sponsor and the Compassion centre staff. With their help, I was able to come to terms with not having a father because I have Jesus Christ as my Saviour,” Christian says.

“My sponsor paid my tuition and sent Bible verses to encourage me. The Compassion centre staff followed up on my studies and wellbeing. The opportunity to go to school and accepting Jesus Christ as my Saviour are the greatest gifts I received in life.”

Now, Christian is working to pass it on. He is a presenter and news anchor at Authentic Radio and Television. “On the shows I host, we encourage people. Our message is that despite all the troubles in this world, God’s love is greater than the challenges we face,” Christian says. It’s a message of hope, peace and reconciliation that he can back-up with personal experience.

“I forgave my stepfather,” Christian says.

He no longer wants to allow his stepfather’s words to tear him down. Beyond that, he is mentoring his siblings and passing on this spirit of peace to those around him. His goal is to break the cycle of poverty in his family.

“I was given hope, so I must be a role model to my peers and be involved in my country’s development as a fulfilled follower of Jesus Christ.”

Today, there are countless young Rwandans with similar stories as Christine, Methode and Christian.

The genocide created a generation of orphans—not just among those who lost parents during the event, but for years afterwards. The effects of violence are far-reaching. Many children have since become orphans to parents who contracted HIV/AIDS during the genocide. Many others were thrust into deep, life-threatening poverty—and never made their way out.

Without parents, many of these youth live in foster homes, child-headed homes or without homes at all. Not only are they struggling to survive, but they are haunted by the grief that losing their parents left them with. 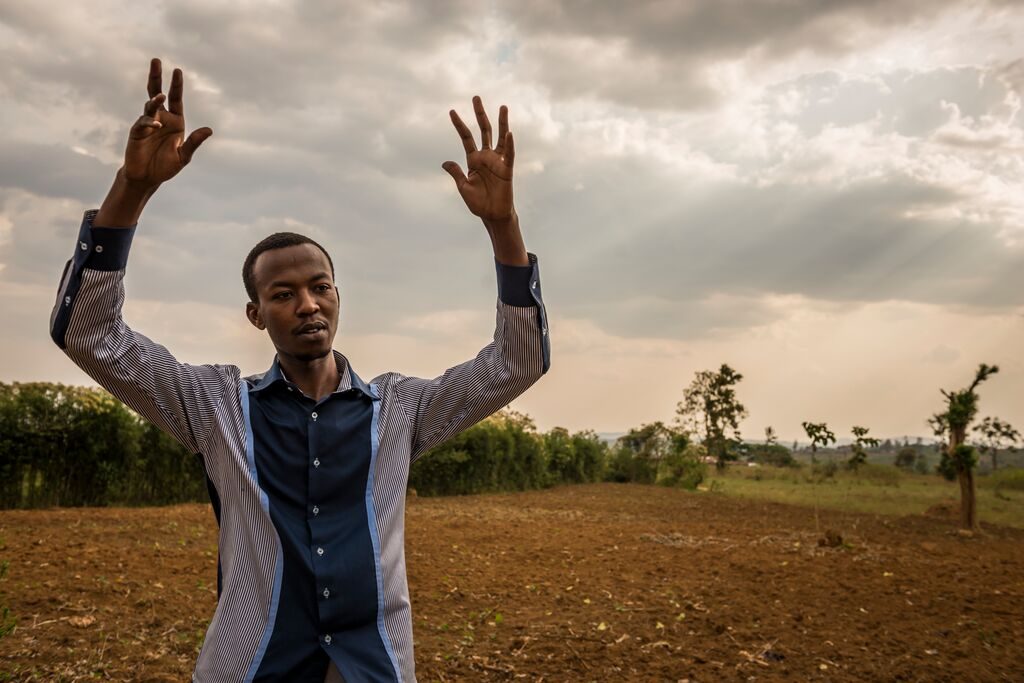 For Christine, Methode and Christian, the story changed when they were able to get help, support and community. Isolation feeds grief, but healthy community and counselling spark growth, forgiveness, healing.

That’s why we’re asking you to change the story. Through Compassion’s child sponsorship program, Rwandan children and youth gain access to a supportive community and things like trauma counselling, where they are able to learn coping mechanisms to help them process their grief and learn ways to move forward. They grow to understand that they are not alone. They once again feel loved and protected.

With the proper help, these youth can heal and thrive, and in turn, become part of the movement to help their country heal and thrive—as adults who embody Christ’s counter-cultural forgiveness and love.

Sponsor a child from Rwanda today.