On World Teachers’ Day, meet one of the Philippines’ top teachers 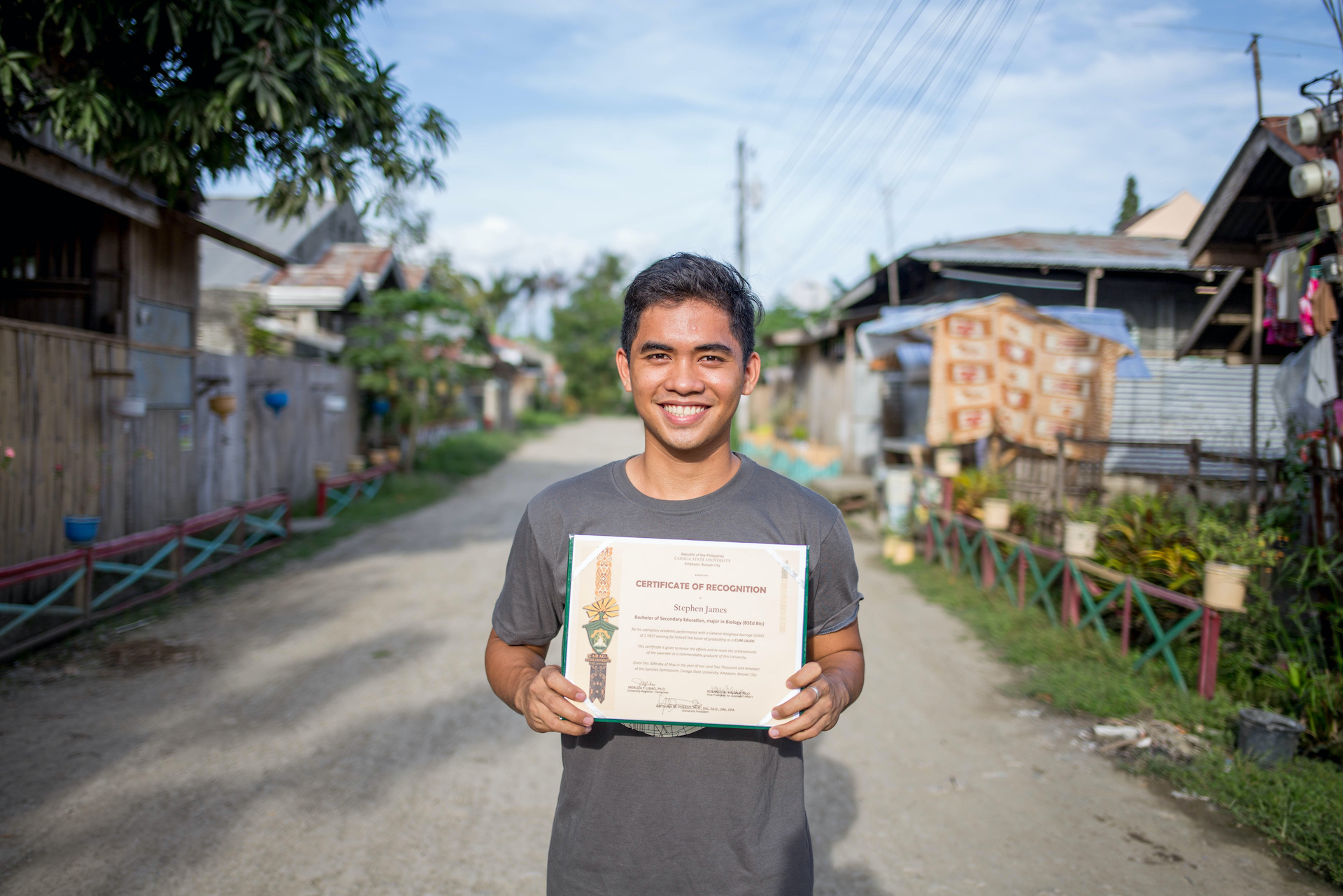 As an organization that’s all about releasing children from poverty, we hold teachers in the highest esteem!

And it is always cause for celebration when a Compassion-sponsored child decides to become a teacher, to give back and invest in the next generation. Kids like Stephen from the Philippines, now 21, who recently completed his bachelor’s degree in secondary education. 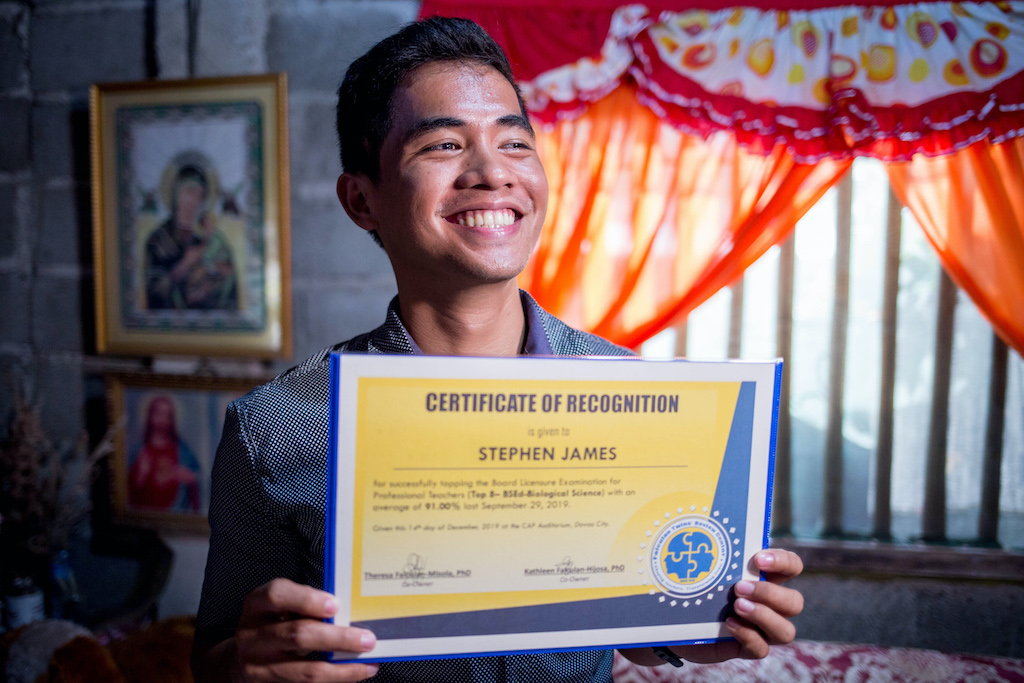 He graduated with honours as one of the most outstanding students in his class. However, his biggest accolade would come with his results on the Philippines’ national Licensure Exam for Teachers.

The night before the exam, Stephen and his friends locked themselves inside their apartment and spent hours worshipping and praying. “We prayed hard to pass the Licensure Exam for Teachers to be eligible to work as teachers. That’s all we asked for,” he says.

When the results came, Stephen found that he didn’t just pass, but ranked eighth in the nation, out of more than 150,000 other teacher candidates! It was evidence of his hard work and determination to overcome significant challenges while growing up in poverty. 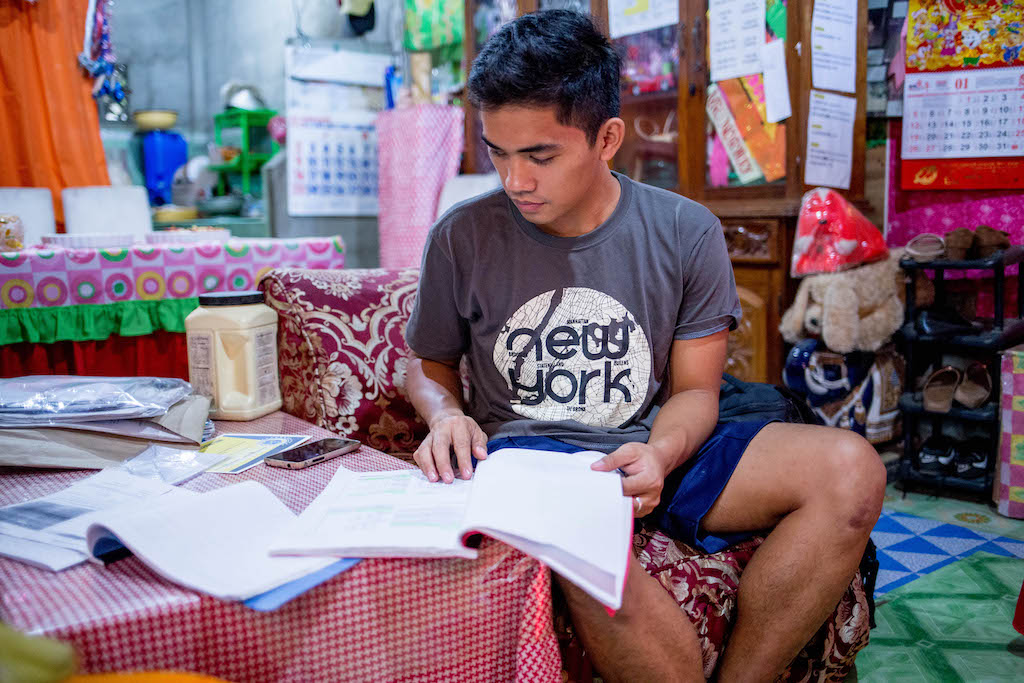 “I am proud of my son,” Stephen’s father Emilio says. “I am happy that he is very respectful and God-fearing. And now I am so proud that he was top eight in the national exams and graduated [with honours] in the university.”

Stephen took time to share three tips for success with us, gleaned from his life experiences. Out of his inspiring story emerge values that transcend age, career, geography and social status: family, faith and focus.

For Stephen, it has always been about family. Emilio used to work as a freelance chef, earning less than $1.35 a day. His mother, Lucena, works as a saleswoman at a local grocery store where she has been employed for over 20 years.

“My goal has always been to help my parents,” Stephen says. “I long for the day when they do not need to work anymore because I can provide for them and my siblings.” 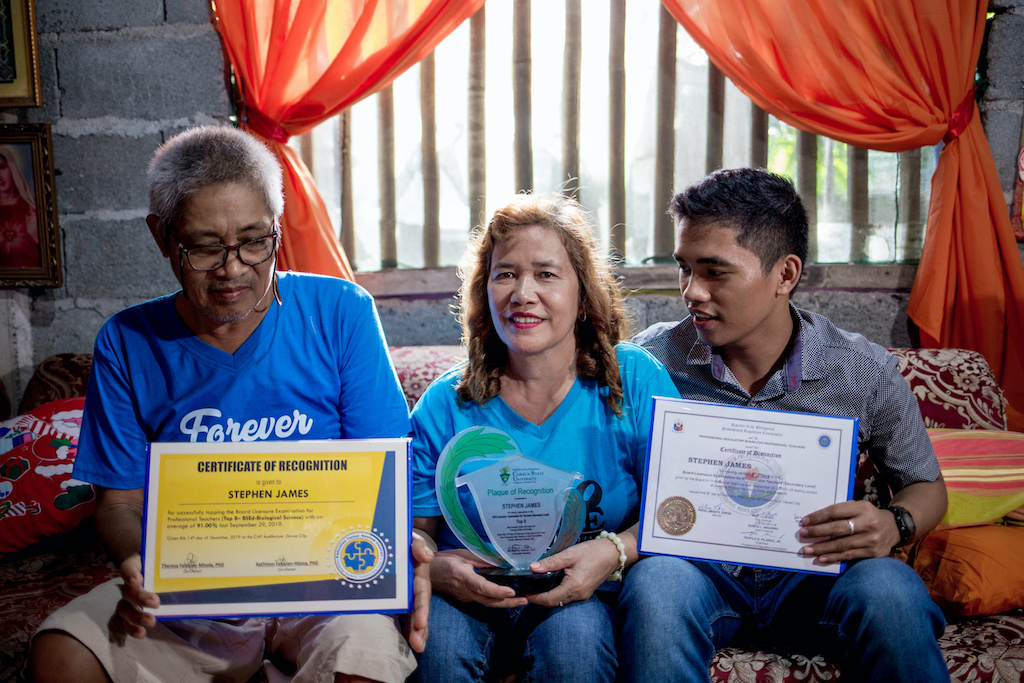 Stephen, with his parents Emilio and Lucena.

Emilio has diabetes and in 2018, he lost his sight to glaucoma, leaving him unable to work. As a result, the family of five now relies completely on Lucena’s salary of $210 a month. It’s barely enough to make ends meet, let alone to support Stephen’s studies.

But thanks to funding from Compassion and a local government scholarship, Stephen’s tuition and living expenses were covered. This enabled him to pursue his education uninterrupted, his sights set on a brighter future for him and his family.

Growing up in the Compassion centre at the local church in his community, Stephen and the other sponsored children learned to memorize Bible verses. “The verse that really resonated and stuck with me through the years is Jeremiah 29:11. I was 10 years old when I first memorized this scripture and I have held on to it ever since. It gave me the assurance that I will succeed in life someday.” 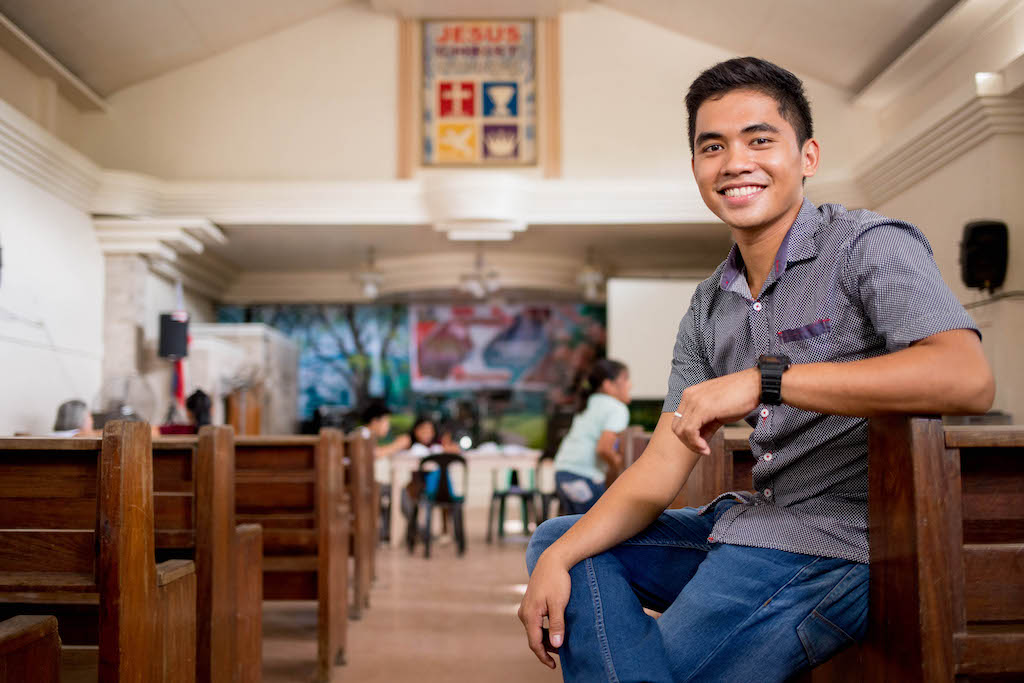 Stephen at his Compassion centre at the local church in his community. Photo taken prior to the COVID-19 pandemic.

“‘For I know the plans I have for you,’ declares the LORD, ‘plans to prosper you and not to harm you, plans to give you hope and a future.'”

Other than memorizing scripture, Stephen says learning to pray and trust in God is another life-changing realization that he developed at the Compassion centre. “If given a chance to speak to all Compassion children around the world,” says Stephen, “I will definitely advise them to always pray and ask for guidance from the Lord. That’s the only thing that makes sense. We are nothing without Him.”

It’s no wonder that he and his friends spent the night before the exam praying and worshipping—it’s something that has been a vital part of Stephen’s life since he was a boy.

In preparation for the licensure exam, Stephen enrolled in a prep course, made possible with funding from Compassion. Although the course was only 20 days, Stephen believes he has been preparing for the important exam all his life at his Compassion centre, where he learned to stay focused, be resilient and have dignity.

“One of the most important values I learned as a Compassion child was to do what is right and choose the right friends—friends who will bring me closer to God,” he says.

Stephen was registered in the Compassion program when he was five years old. “We knew that enrolling Stephen would be the best thing that could happen to my son,” says Lucena. “More than the financial support, we knew that he would get good training and grow up knowing how to fear God. We saw how our son grew as a disciplined young boy. He didn’t mix with the wrong crowd and always spent his time at church.” 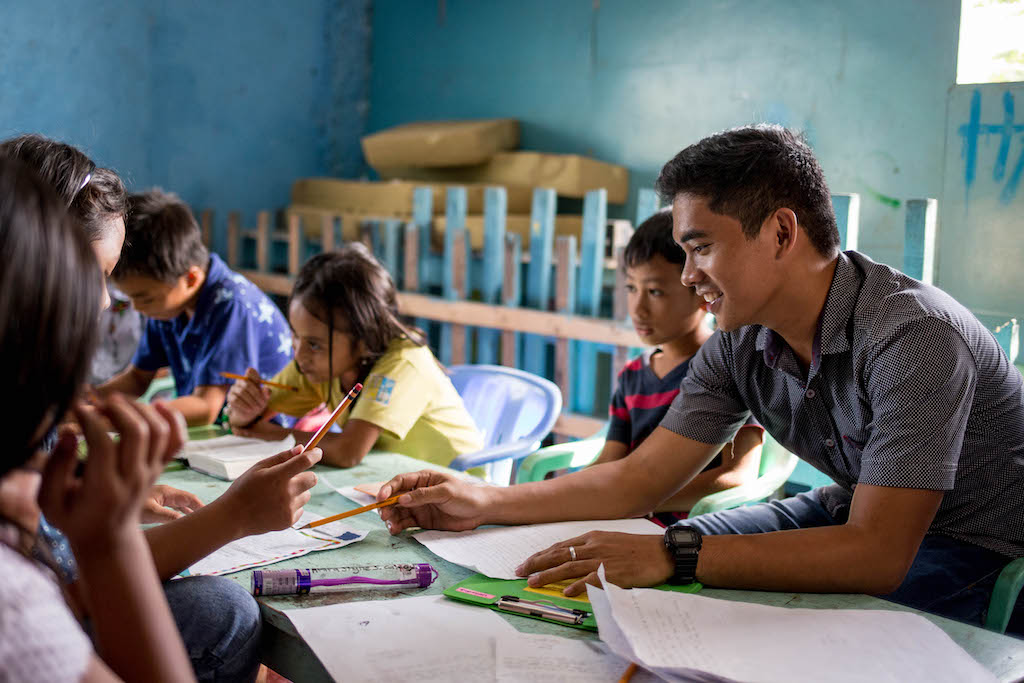 Stephen volunteers with younger children at his Compassion centre. Photo taken prior to the COVID-19 pandemic.

Even with a hectic university schedule, Stephen always prioritized church and Compassion. “I made sure to finish all my requirements and assignments as early as Wednesday or Thursday so that I could be at the Compassion centre on Saturday and church on Sunday,” he says.

Today, while he searches for a job in the midst of a global pandemic, Stephen volunteers with his Compassion centre, encouraging younger children to continue to study and work hard. He is confident that he will soon be working in his career, as he continues to follow his own three tips for success!

Make sure you celebrate a teacher in your life today!

Help a young person like Stephen achieve their dreams.

Give the gift of an academic scholarship