That is one very scary word. Especially when uttered by an employer on the heels of a stock market crash in the middle of a global pandemic.

As my co-workers and I all anxiously awaited the dreaded list of who would be forced to go on unpaid leave, my mind started crossing wants off my shopping list and adding projects to my to-do list. Unfortunately for me, a lot of those projects required a lot shopping.

Trying to reconcile those two lists proved to be a wonderful distraction. For a short moment, I forgot that livelihoods were being destroyed and lives were being lost. I forgot that panic had wiped grocery store shelves clean and fear had turned friend to foe. I forgot that breaths were being cut short, that last words were being uttered to no one and that instead of unifying against a common threat, the world had chosen division and blame.

“Suffering that is not my own is easy to ignore.”

For a few short hours, my mind wandered instead to the travel photos I would finally have time to organize and the embroidery project that needed just a few stitches more. I could finally learn a few new chords on the ukulele that was collecting dust in the corner. Maybe I would even dust that corner. In my fictitious happy place, COVID-19 partnered with my long-time friends—busyness and materialism—to become the perfect trio of distraction and dissimulation.

It didn’t even cross my mind that, while I was doodling out dreams, decades of progress towards alleviating poverty was being undone at a rapid pace.

Because suffering that is not my own is easy to ignore.

My reverie was disrupted when the furlough list was finally announced, and my name was not on it. When I realized that I would be employed as usual, while some of my colleagues would be forced to take two weeks off without pay, two things dawned on me:

First, that this was purely the unmerited favour of God. Or simply put, amazing grace.

Second, that God did not lavish this grace on me for my sake alone.

You see, there was nothing that made me more deserving of employment than any of my colleagues who were furloughed. We all produce quality work, we all put in extra hours to meet tight deadlines, we all strive for excellence in tasks big and small. I just happen to have been assigned, over two years ago, to a program that was now deemed “critical” to the company.  Provision and providence from God, no doubt. Not something I deserved or did anything to earn. 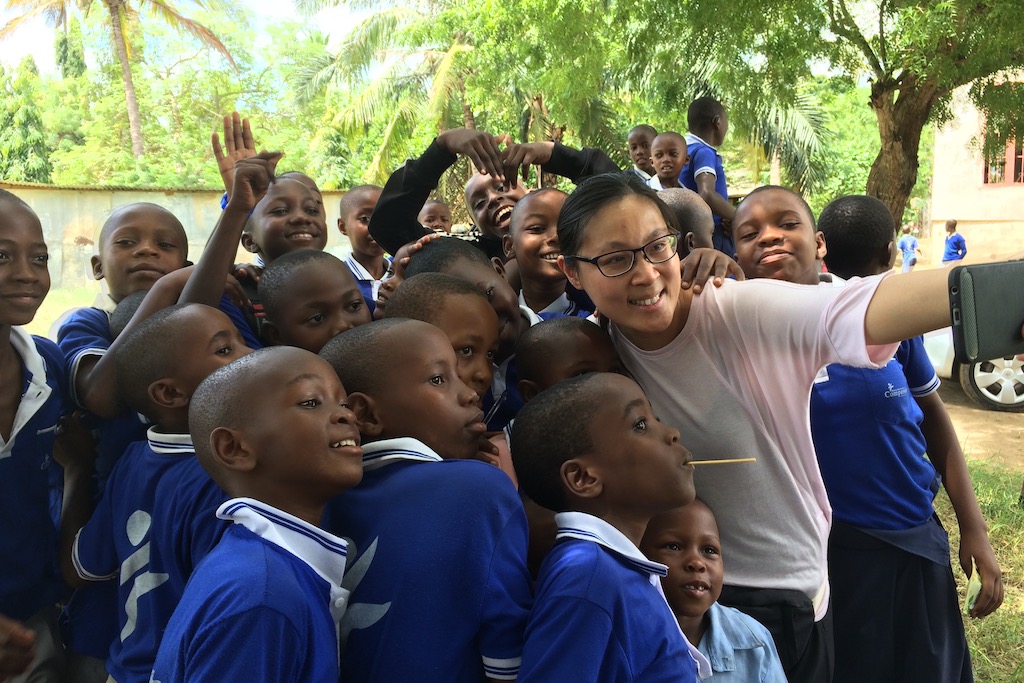 Andrea with Compassion-sponsored children at their Compassion centre in Tanzania.

Isn’t that true in a bigger context?

That I also have done nothing to earn being born in Canada, with all its abundance and possibilities. Nothing to deserve having access to food, clean water, a safe home, healthcare, education and employment opportunity.

The opposite is just as true.

That it could just as likely have been me who was born in a place ravaged by disease, wrecked by war, razed by natural disaster, destroyed by corruption. That a different set of circumstances, beyond my control, could have just as easily pitted me against misfortune and plunged me into deep despair.

“If I acknowledge that disparity should not exist because dignity does, that extreme abundance cannot be accompanied by extreme need, then [radical generosity] is truly the only choice.”

In the spectacular tapestry He is weaving, He chose to gift me with a position of privilege.

And with it, the gift of choice.

I can choose to indulge in my blessings and spend my treasure on myself, enjoying it as the rightful fruit of my diligent labour. I can choose to ignore the inequalities and inequities that persistently deny many others—who are just as industrious or even more so—the opportunity to earn fair wages no matter how hard they work, or even to work at all. 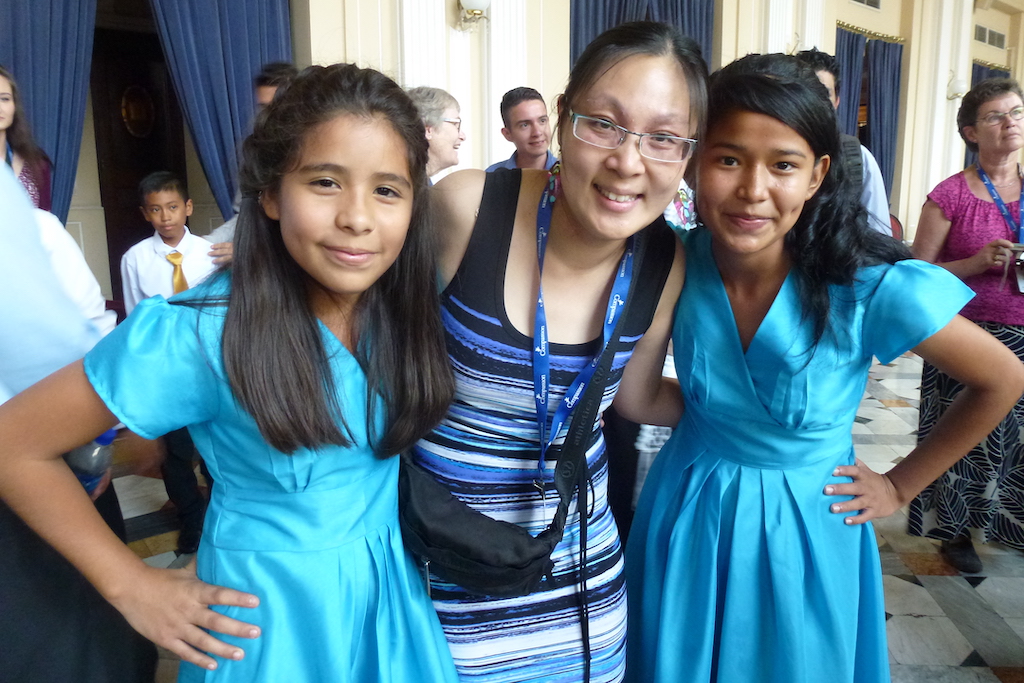 I can choose to spend my time pursuing the picture-perfect lifestyle. Always desiring more, better and new, while hiding from the uncomfortable fact that for far too many, lifestyles don’t exist because life barely does.

I can choose to believe that somebody else, anybody else, is better equipped than me to deal with the problems plaguing this world, downplaying my talents, experiences and stories as insignificant and inconsequential. Ignoring the tears of the tyrannized, the faces of the forgotten, the despondence of the downcast because there is nothing that I could do anyway.

Or, I can choose to recognize and respond to the unmerited favour that God has so lovingly lavished on me and learn to steward my treasure, time and talents to bring about radical good and meaningful change.

“The more I practiced generosity, the easier it became to give. The more I focused on God’s heart for the vulnerable, the more I was able to show vulnerability.”

If I acknowledge that disparity should not exist because dignity does, that extreme abundance cannot be accompanied by extreme need, then the latter is truly the only choice.

I called it the “Thirty Days of Intentional Compassion”.

A radical step of faith 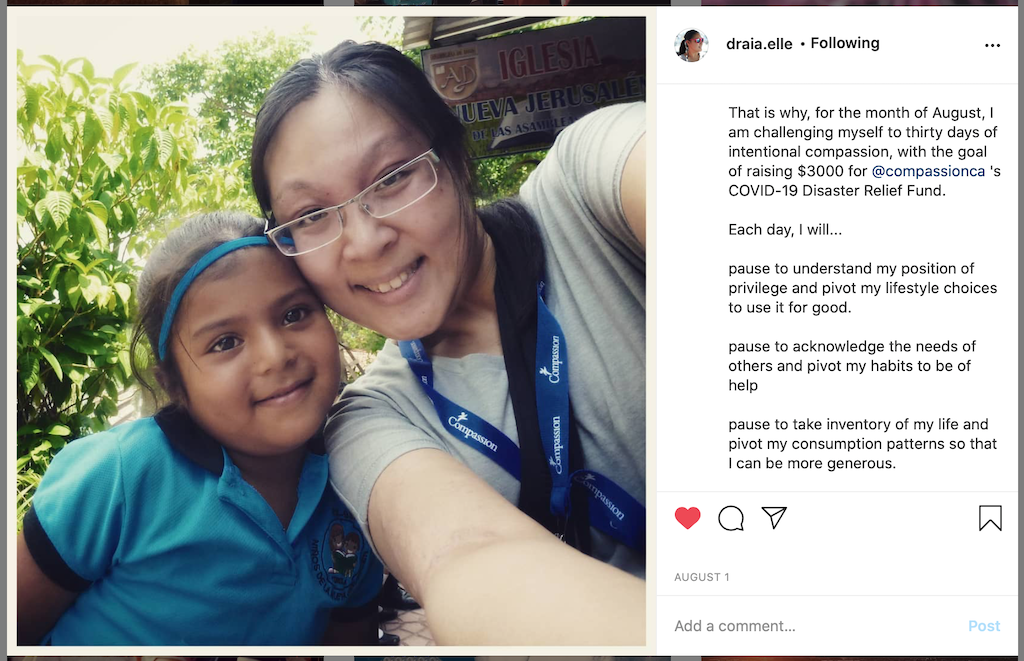 Each day, for thirty days this past August, I shared on social media one thing I learned about my position of privilege, one need in the world that was pressing on my heart and one aspect of justice God was calling me to uphold. Each day, I took inventory of my life, examined my consumption patterns, and chose to give, either out of abundance or loving sacrifice, to Compassion’s COVID-19 Disaster Relief Fund. And each day, I invited friends and family to join me in cultivating a daily habit of compassionate generosity, to live more simply so that others can simply live. 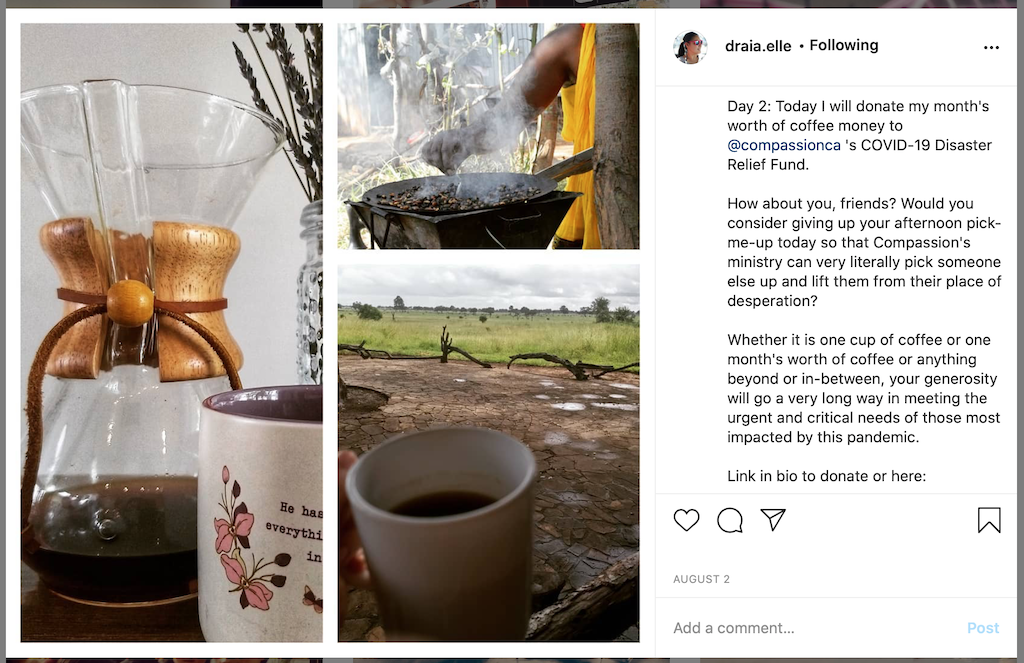 What seemed impossible at first (Can I really come up with thirty different things to post about?), and terribly frightening (What if people don’t like my posts?) turned out to be one of those things I wish I had done sooner.

“Choosing compassion over complacency and generosity over gratification has transformed the fear of a furlough … into freedom, fulfillment and faith.”

Because the more I practiced generosity, the easier it became to give. The more I focused on God’s heart for the vulnerable, the more I was able to show vulnerability. The more my heart was wrecked by the brokenness of the world, the more it was made whole by the balm of His Word. As I learned to be more compassionate towards those living in extreme poverty across the globe, I also became increasingly compassionate to those living in relational and spiritual poverty just next door. Consumerism slowly lost its grip on me and I breathed for the first time in a long time, the fresh air of purposeful living. 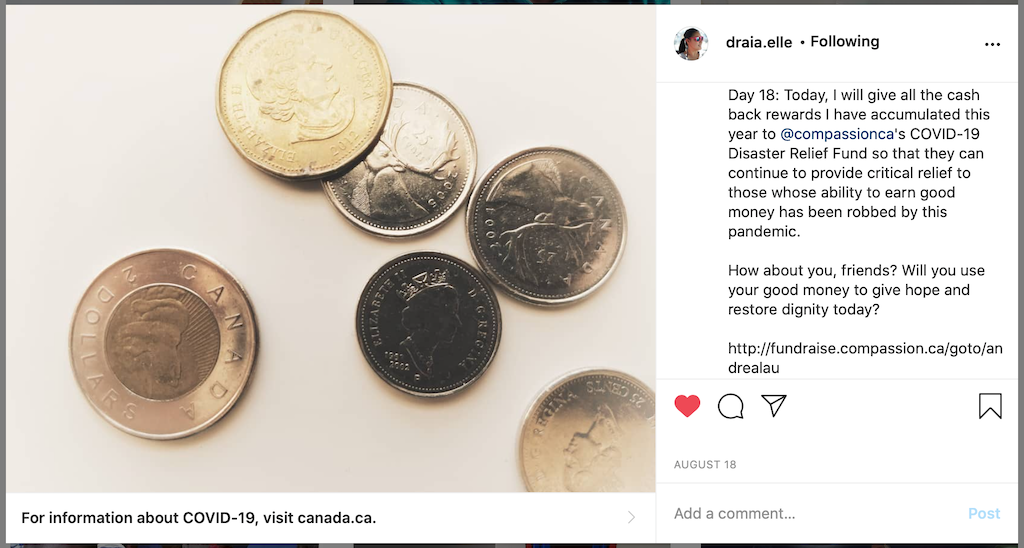 I’m not saying those thirty days were easy.

I’m saying they were worth it.

A lifestyle of compassion and generosity

And so, I want to leave you with this: compassionate generosity is a lifestyle anyone can adopt.

We all have something to offer. Maybe it’s sponsoring your first child (or second or third or tenth) through Compassion. Maybe it’s starting a fundraiser of your own or donating to one already created. Maybe it’s committing to praying consistently for the orphan, the widow, the foreigner, the poor, the persecuted, the grieving, the sick. Maybe it’s sharing something from your pantry, your closet, your toolshed or your bookshelf. Maybe it’s recognizing someone else’s suffering or showing grace to the person who doesn’t understand yours. Maybe it’s a text, a kind word or a letter of encouragement to the Compassion child you sponsor. I would say maybe it’s even just a smile, but since we’re all wearing masks, let’s say it’s a twinkling of the eye, instead.

Whatever it is, choose it today. And tomorrow. And every day thereafter.

Persist when it becomes difficult. Persevere when you are discouraged.

Because not only is it very much worthwhile, it is also very much needed.

And not just by those on the receiving end.

For me, choosing compassion over complacency and generosity over gratification has transformed the fear of a furlough and a focus on the frivolous into a freedom, fulfillment and faith—greater, deeper and stronger than I ever could imagine and cannot envision ever living without.

We’d love to help you discover your next step towards doing more good.

Andrea is a Compassion volunteer from Toronto, Ontario. She sponsored her first child in 2014 and has had the privilege of meeting two of the girls she sponsors—Alison in El Salvador and Sakina in Tanzania. Through her fundraiser, she raised $5,000 for Compassion’s COVID-19 relief efforts.