One of the beautiful things about children is their pure and contagious joy. Their ability to see goodness and experience happiness in the small, seemingly insignificant things around them.

Childhood naivety can be a gift from God, especially when the circumstances surrounding a child’s life are not the best. It’s as if the harsher realities of life are smoothed over with bright tones to bring a smile to a little one’s face.

This was Martin’s experience growing up.

“When you’re a child, you literally don’t know what is happening around you. The only thing you feel is love,” says Martin, reflecting back on his childhood.

The second last out of nine children, Martin grew up in a happy family. His childhood was filled with laughter as he would play with his brothers and sisters.

But as Martin got older, the poverty that he and his family faced became harder to ignore. 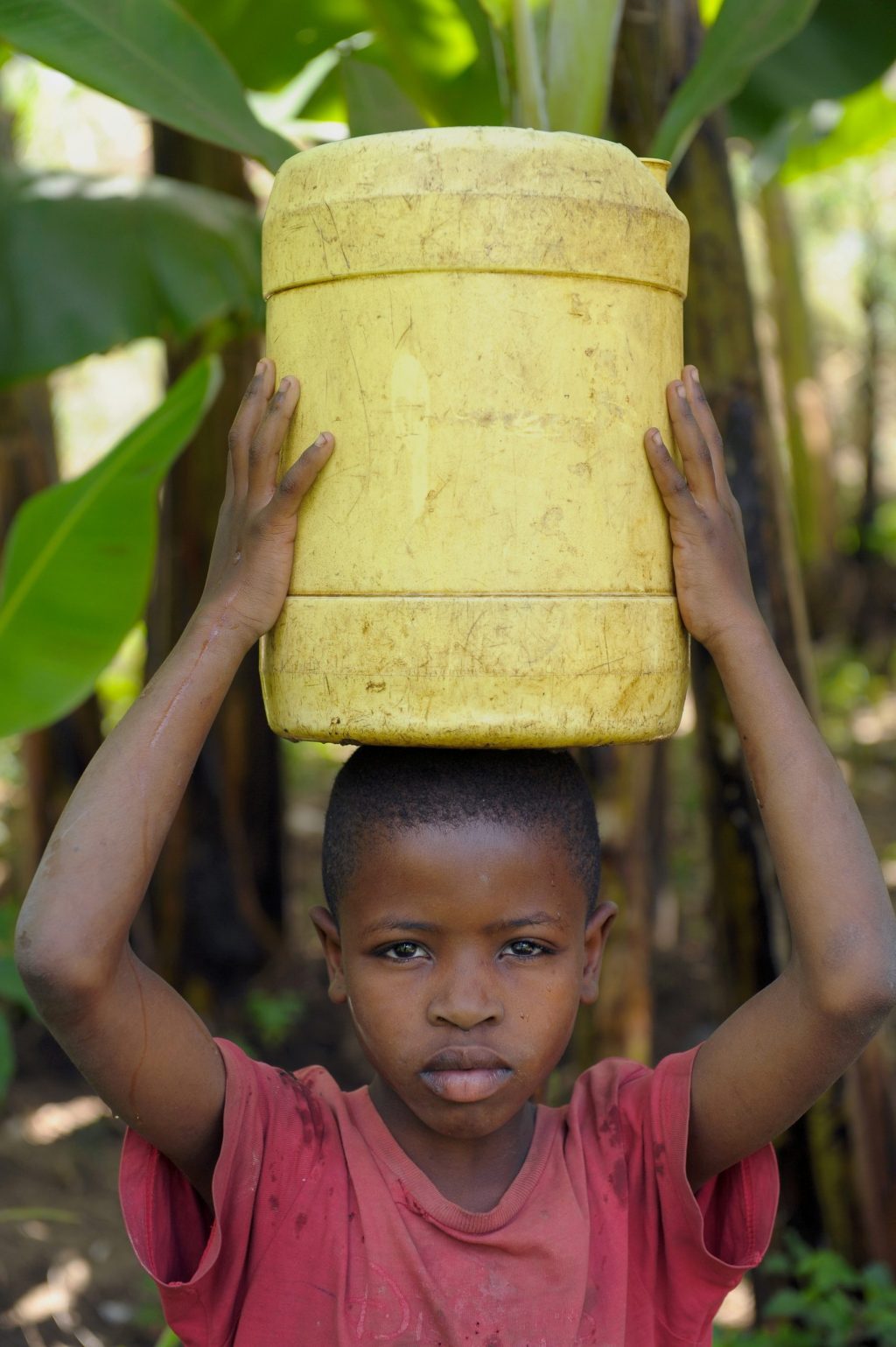 The bright childhood hues and tones around him began to fade as he realized what he was lacking when he saw his peers.

A future without hope

Many kids in his community didn’t have the resources or opportunity to go to school, graduate or, as he recalls, even the proper shoes to walk around in.

His childhood, though beautiful, hid the adult world that was slowly encroaching in on him and so many other kids like him.

It hid a future of overwhelming poverty and no opportunities for a brighter future.

Then one day, everything changed when Martin’s pastor shared about a new, unheard of but exciting opportunity coming to their community: Compassion’s child sponsorship program.

All Martin knew upfront about sponsorship was that it would connect him with someone far away that cared about him, and that the program would provide mentorship and empower him to improve his life.

Not long after being registered and being matched with a sponsor, Martin saw that the opportunity was better than he could’ve dreamed. 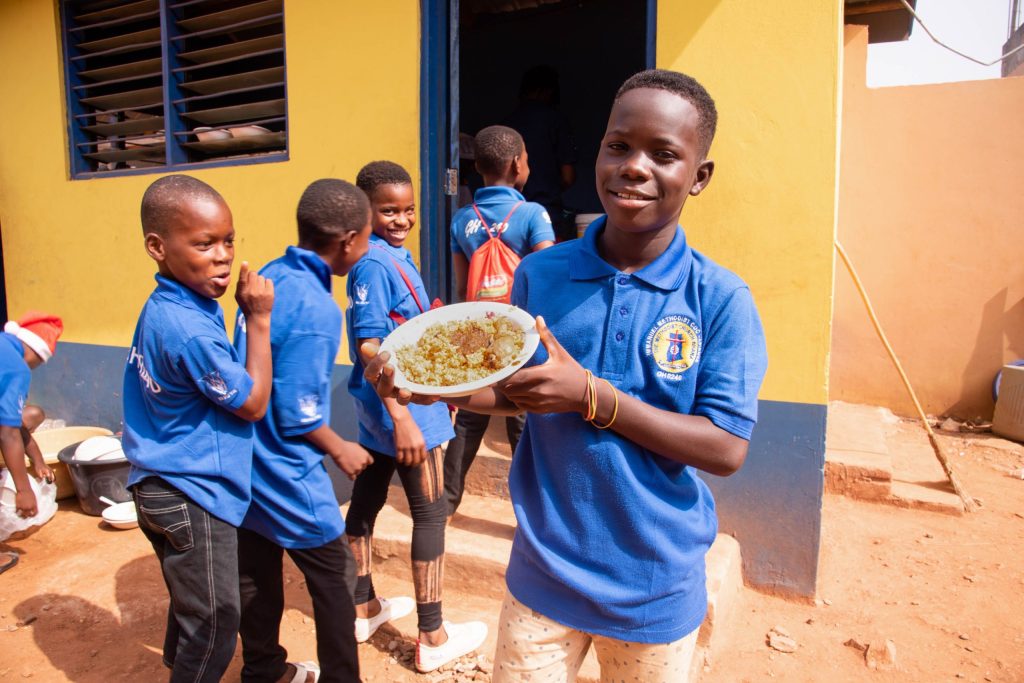 “My life turned positively and beyond my imagination… I got registered. I got a chance to attend centre days. These centre days were educational, where we would meet as family. We were taught cognitive skills. And the interesting piece was our morning devotion, our Bible lessons. We were introduced to knowing God, what God has for us and what it means to live on that standard.”

It was his foundational experiences at his Compassion centre that set him up for a lifetime of servant leadership.

Although he didn’t know it from the start, Martin says that the gift of leadership was like a seed planted within him, growing slowly and blossoming through the mentorship of loving followers of Jesus at his Compassion centre. 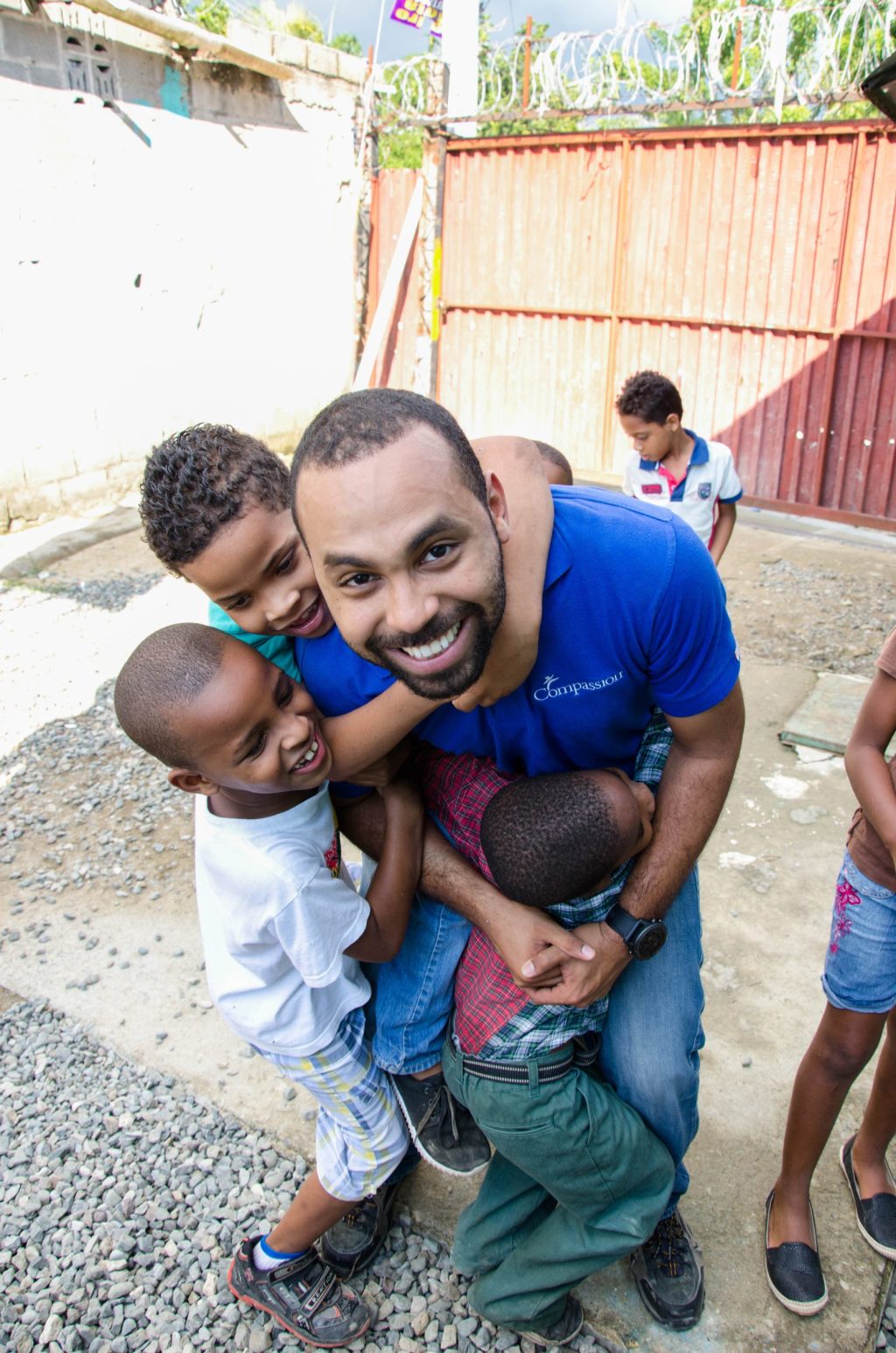 “There was an interesting individual at the centre. She was our Centre Director and she was talented in such a way that you would feel safe when you were around her. I was in grade three by then, a little kid. But I knew I wanted to be like [her] when I grew up.”

Giving back in service

Years after graduating from Compassion’s program, Martin is now married with a wife, three daughters and sponsoring three children. With a smile he says, “Now my life is full of laughter. I like volunteering in the community. I work in the community. I serve in community development capacities where I happen to work with different people.”

Martin’s passion for serving those in need led him to Fort McMurray in Alberta in May of 2016 when the devastating wildfires hit.

During his time there, Martin worked on caseloads with a non-profit helping those affected by the wildfires. Though it was such an emotional and touching time, he only expected to be based there to help for a week. 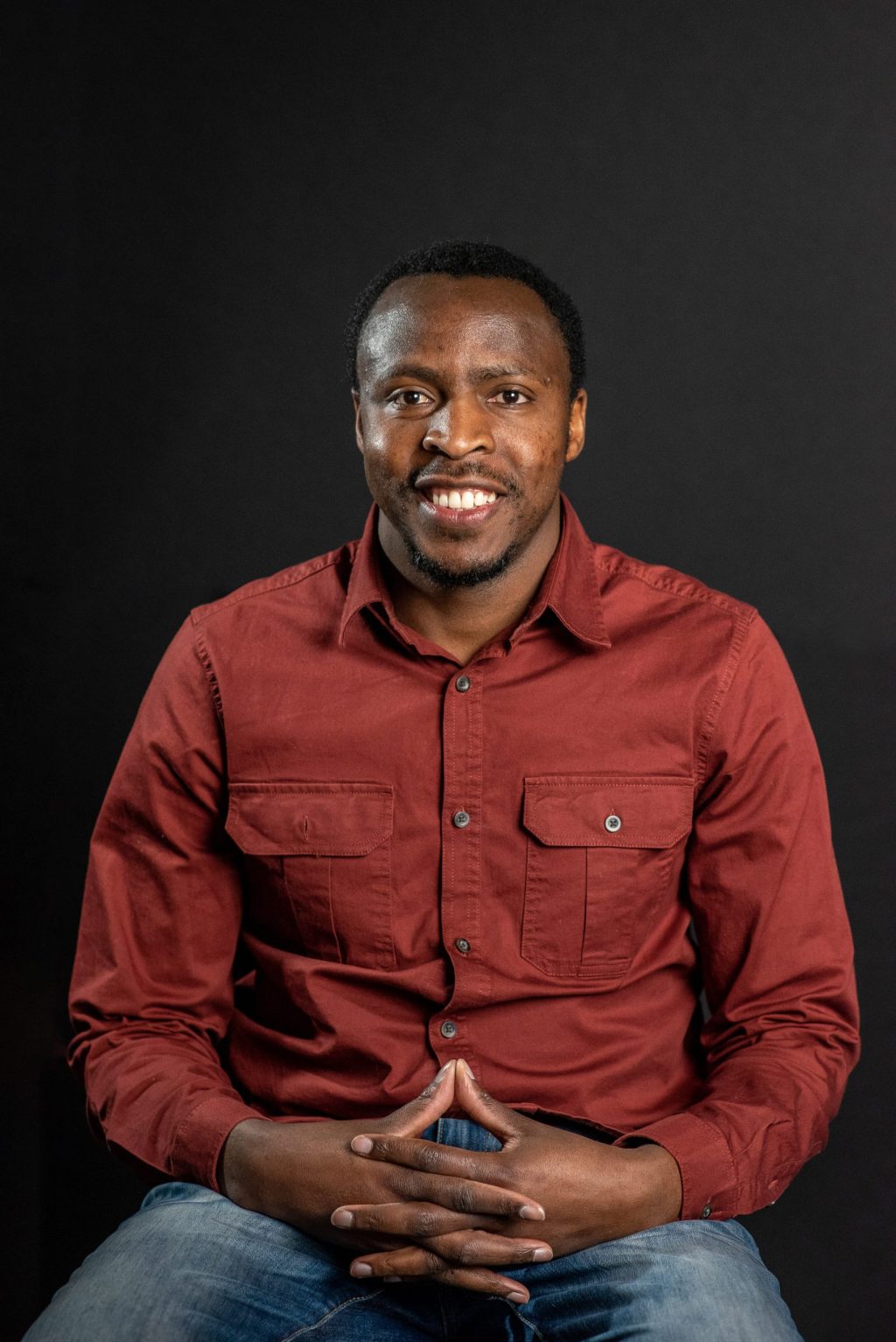 But a week quickly became two weeks, then a month, and before he knew it, it was a whole year later and the same place he came to serve others had become his new home.

Martin credits his ability to lovingly help those in need during the wildfire to his time in the Compassion sponsorship program: “Being taught Compassion’s values of compassion, empathy and understanding to life’s challenges gave me the skill to move through a challenging time of caseloads. I don’t know how I would have gone through that emotional challenge if I didn’t have a strong built foundation from my youthful age that I got a chance to have from Compassion.”

Now Martin is a proud resident of Fort McMurray, working for the municipality in their Culture and Social Development department.

“It’s a community where you feel connected. Everything is close. My community is diverse. I call Fort McMurray the ‘World of Wonders’. You’ll find everything you need within proximity. People love each other. The most interesting piece that I’m coming to understand is learning about the land where I live and the respect I have for the land as a Treaty 8 territory. I love being here in Fort McMurray and calling it my home,” Martin says.

When he thinks about his past and children just like him who didn’t get the opportunity that he had to become all that God created him to be, his heart breaks. 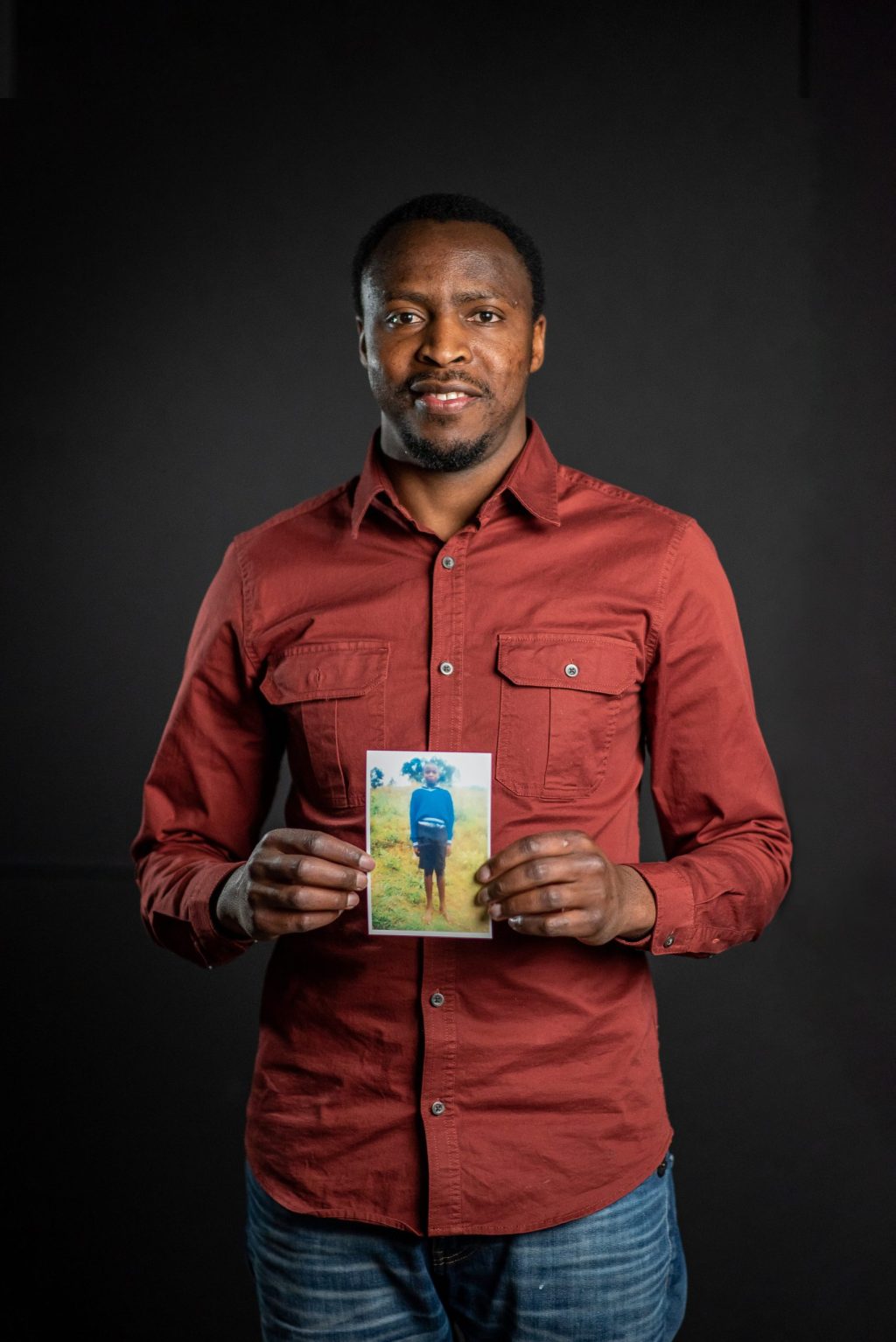 “If you’re waiting to sponsor a child after learning about Compassion, it is easy. Sponsoring is not rocket science, it does not require a pocket full of resources. It’s from the heart. Children are out there waiting, hoping to hear a word of hope, to feel connected, to feel loved. That is all it requires. It doesn’t require a bank full of accounts, doesn’t require a lot of resources. Reach out to Compassion Canada—the process is easy!”