The slums of Nairobi, Kenya are a hard place to grow up in. Owen knows this firsthand.

As a child, he lived in the slums with his two siblings and his mother. Their daily lives were made heavy by the financial constraints of living on $5-$10 per month. Every day, Owen woke up with stabbing pains in his stomach from intense hunger, never knowing where his next plate of food would be coming from. Yet, the worst part about the poverty he faced wasn’t the constant hunger. The worst part was the deep hopelessness that invaded his everyday life because he didn’t see a way out of his current situation.

Then, one week before his eighth birthday, Owen received news that would change his life forever.

Someone had decided to sponsor him! 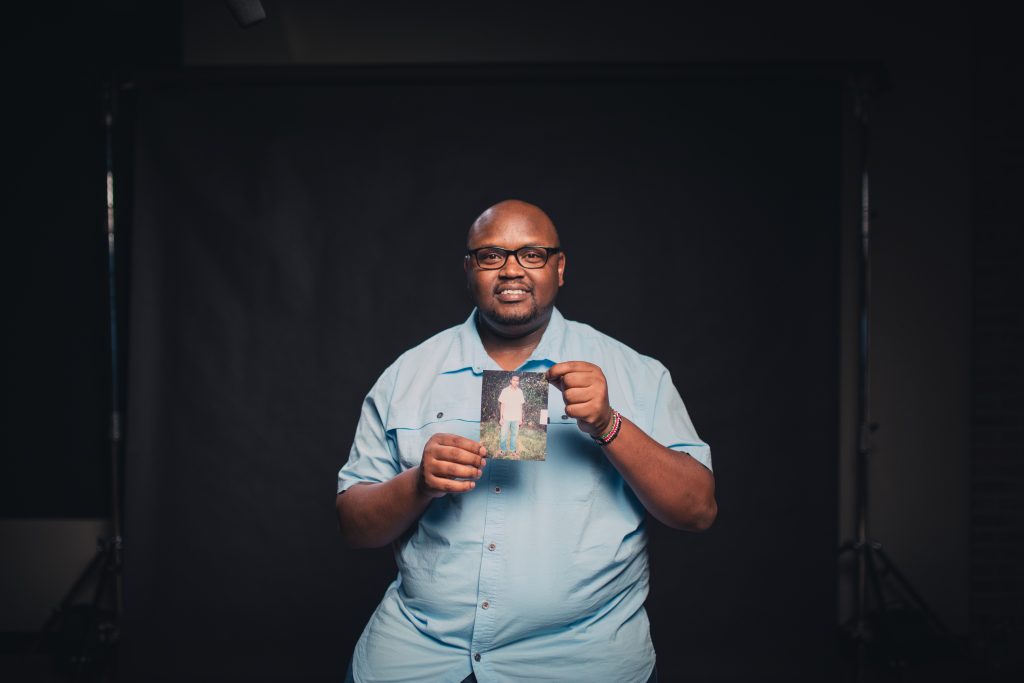 All the way from across the globe, a man had seen Owen’s picture in a pamphlet at an event he was attending. Seeing that they shared the same first name, Owen M. decided to make the life-changing decision to sponsor a child.

Owen still remembers the day he received a letter from his new sponsor and how it impacted him.

Out of the many words that filled the page of the letter Owen held, three words that he had never heard before stood out to him.

Amidst the bustle and noise of the busy Nairobi slum, the world around him seemed to slow down as he read over those words again and again. In that moment, the immense joy of being loved and seen by someone else cut through the hopelessness that clouded him. 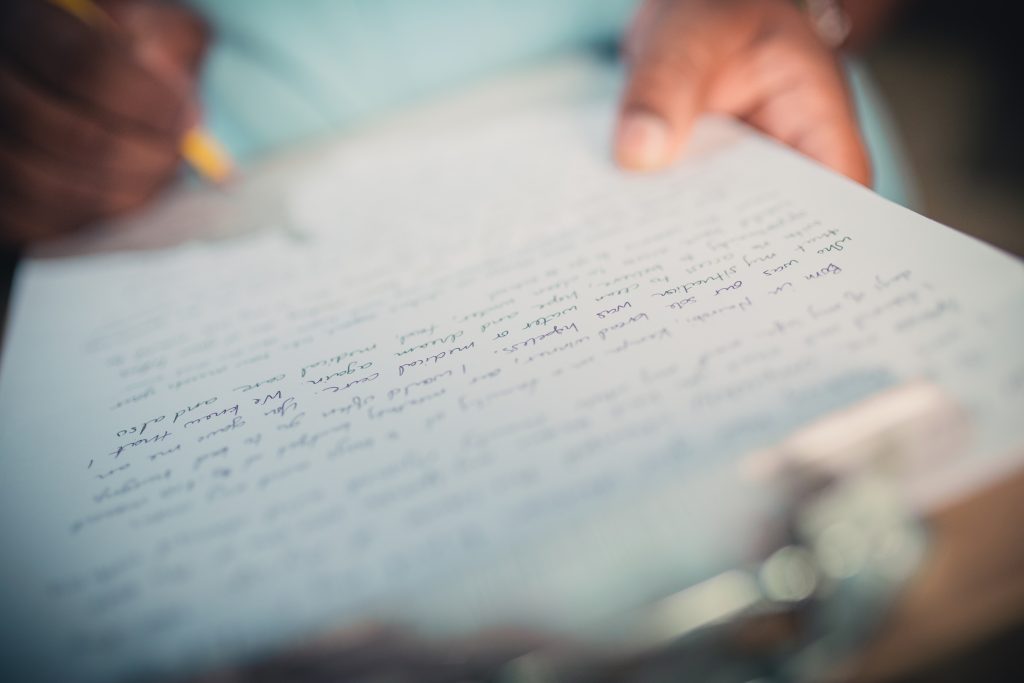 When his mother found out about the sponsorship, their little home was filled with joy. His mother grabbed him and spun him around while his brothers surrounded him and jumped in excitement. They knew what Compassion’s sponsorship program meant for kids in their community. They knew that this would mean clean water, supplemental nutrition, access to medical care and the chance to go to school.

Sponsorship meant a future different from the one around them. It meant hope.

Soon after Owen was fully immersed into the sponsorship program, the support and love he got changed his life and the life of his family. For the first time they had a loving support network—the pastor, project director, volunteers and tutors at Owen’s Compassion child development centre became like family.

“The church opened up for me,” he explains. “The project director took a keen interest in each and every one of us. It was beautiful to have somebody championing for you, telling you, ‘Keep going. Keep going. There is hope. There is light.'” 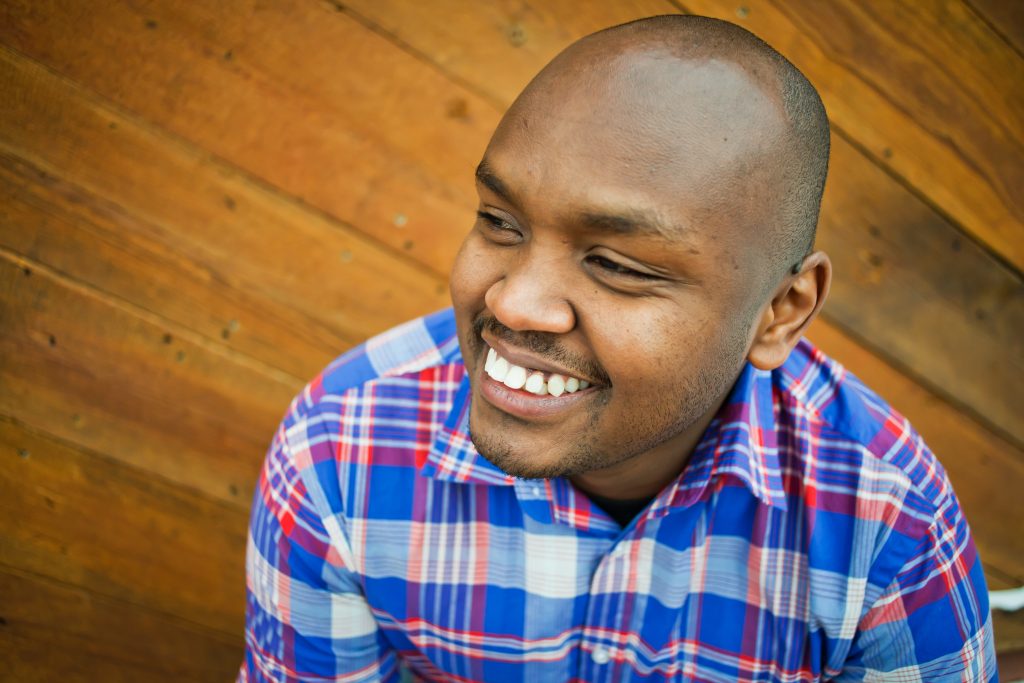 The words of affirmation and encouragement spoken by the project director planted the seeds of hope that Owen needed to persevere and thrive.

In 2006, just before his 20th birthday, Owen graduated from Compassion’s sponsorship program as a self-sufficient young man. Through his years of schooling, he discovered his dream of wanting to become an accountant. By the grace of God, he achieved this dream and is now not only an accountant, but also the Manager of Accounting for Compassion International.

After years of building a friendship with his sponsor, the best man standing beside him at the altar on his wedding day was none other than Owen M. Not as a sponsor, but as a brother and friend.

Today, Owen and his wife live in the USA. They also sponsor three children, including a little girl who lives just outside of Nairobi. Because of the generosity of one person, Owen is now empowered to release other children from poverty in Jesus’ name! 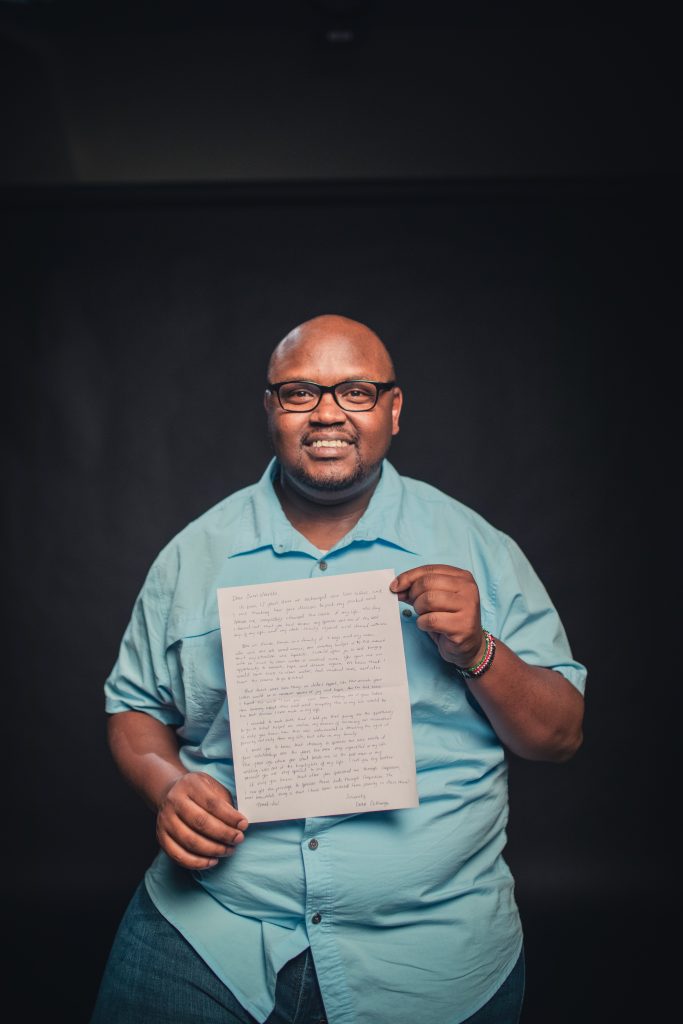 It’s been 12 years since we exchanged our last letters, and I was thinking how your decision to pick my packet and sponsor me completely changed the course of my life. The day I found out that you had become my sponsor was one of the best days of my life, and my whole family rejoiced and danced with me. Born in Nairobi, Kenya, in a family of three boys and my mom, who was our sole breadwinner, our monthly budget was $5 to $10 a month, which meant that my situation was hopeless. I would often go to bed hungry with no access to clean water or medical care.

You gave me an opportunity to believe, hope, and dream again. We knew that I would have access to clean water, food, medical care, and also have the chance to go to school. But there were some things we didn’t expect, like how much your letters would be a constant source of joy and hope, how the first time I heard the words “I love you” was from reading one of your letters, how learning about Jesus and accepting Him in my life would be the best decision I ever made in my life. I wanted to make sure that I told you that giving me the opportunity to go to school helped me realize my dream of becoming an accountant.

If only you knew how this was instrumental in breaking the cycle of poverty, not only for my life, but also in my family. I want you to know that choosing to sponsor me was worth it. Your relationship over the years has been very impactful. 10 years ago, when you stood beside me as the best man in my wedding, it was one of the highlights of my life. I call you big brother because you are very special to me. If only you knew that after you sponsored me through Compassion, I now get the privilege to sponsor three kids through Compassion. The most beautiful thing is that I have been released from poverty in Jesus’ name.

When you sponsor a child, you aren’t just impacting one person. You’re impacting a family, a community and generations to come.

Sponsor a child and partner with God to enable that child to become all that God intended them to be.