Below are updates about the rescue of the Wild Boars soccer team who were trapped in Tham Luang Nang Non cave in Northern Thailand when it flooded in June 2018. One member of the team, Adun, was a Compassion-sponsored youth.

Thailand cave rescue: How churches were a light in the darkness

One of our photojournalists, Ryan Johnson, had the opportunity to interview Christians from Thailand about how they came together to respond to the crisis of the Wild Boars soccer team who became trapped in a flooded cave this summer.

Be inspired by how churches and Christians from around the world can unite in times of great darkness to be a light to their communities! 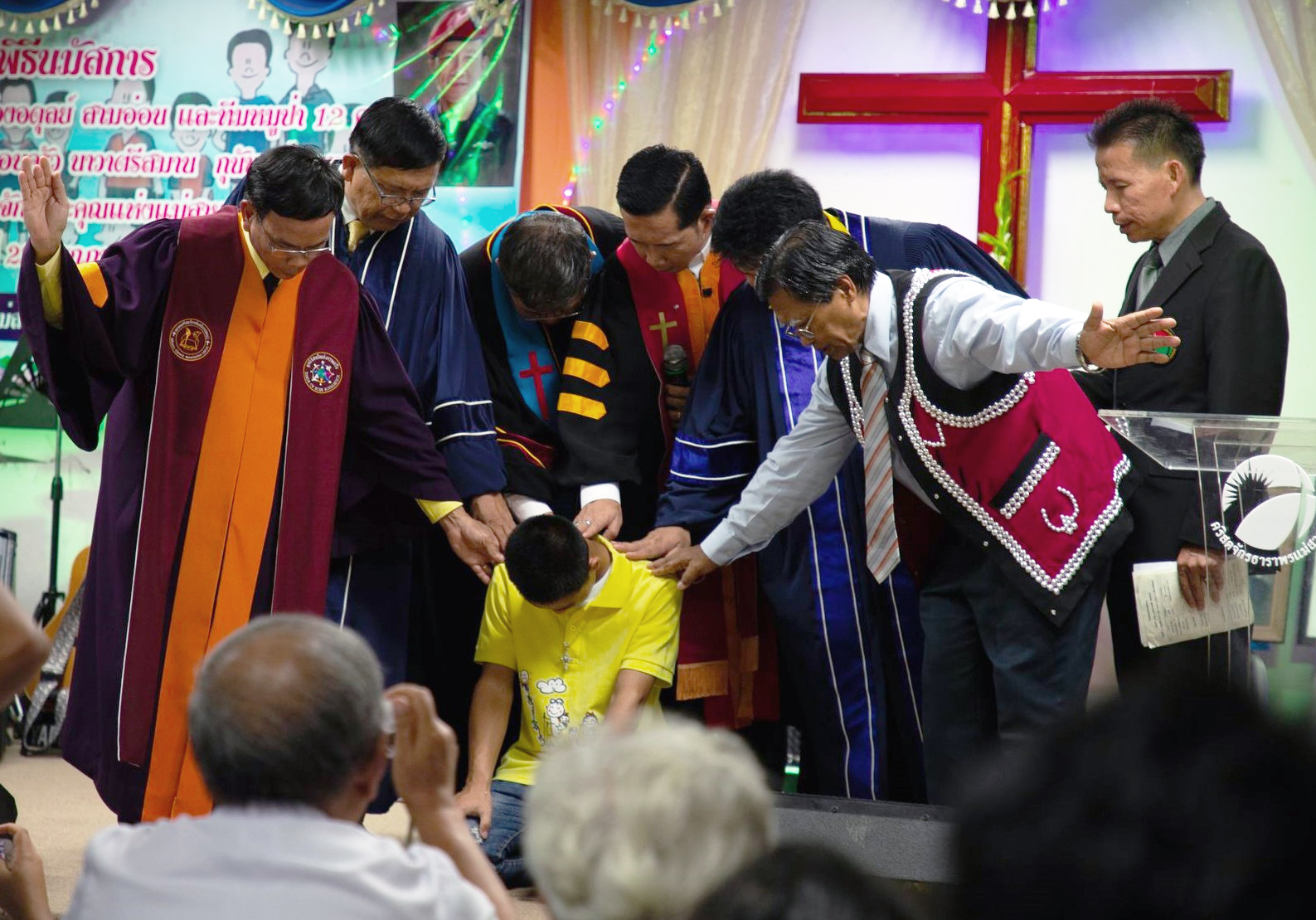 Christians from all around the Chiang Rai District of northern Thailand gathered on Sunday, July 22, to praise God for the dramatic rescue of 12 boys and their soccer coach, including one Compassion-assisted youth, after being trapped more than a week in a flooded cave system.

The majority of the soccer team participated in a Buddhist ceremony* on July 24, but Compassion-assisted youth Adun chose to worship God at a special thanksgiving service held at Compassion partner church TH0373. Although nearly 95 per cent of Thailand’s population is Buddhist, there is a small minority of Christians in the country—about one per cent of the population—who live peacefully with their Buddhist neighbours.

Local governors, officers and those who participated in rescue operations attended the service to thank God for the safe return of the Wild Boar soccer team.

During the thanksgiving service, Adun shared a moving testimony with those gathered of what it was like to be in the cave.

The Wild Boars soccer team and their coach have returned home! Amongst the grateful boys and coach, is 14-year-old Adun, who is part of our Compassion family. 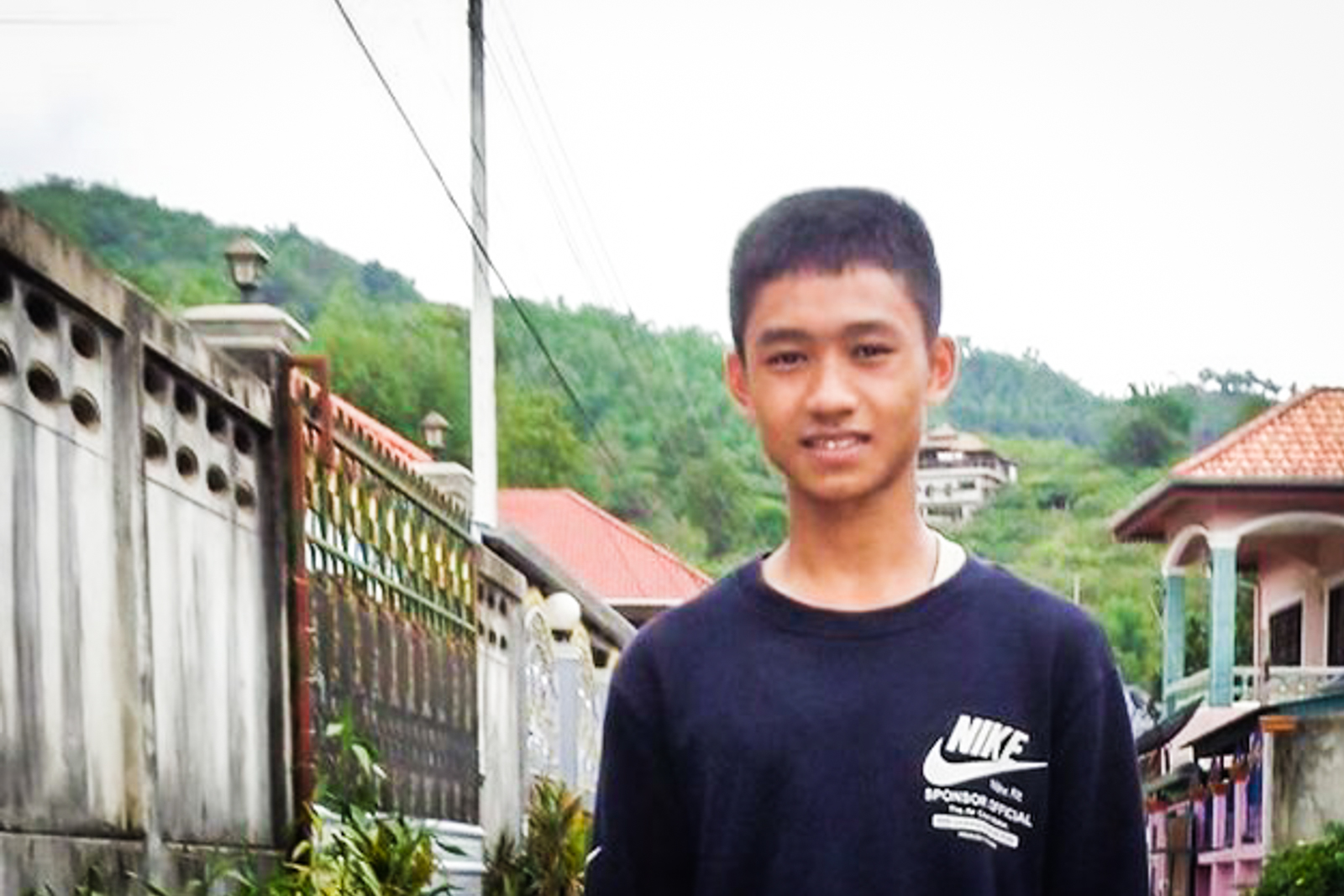 Meet Adun: A hero of the Thai cave rescue

Adun is the bright, resilient, and multi-lingual young man who has captured the world’s attention alongside his coach and teammates.* Adun was the young man captured on camera speaking the first words to the rescuers in English, serving as translator, cheerleader and champion for his team.

But Adun has had the attention of the staff at our local church partner for years. They have had the privilege of being part of his incredible journey before and after the Luang Nang Non cave.

Adun’s church, led by Pastor Go Shin and his wife, has around 100 members. 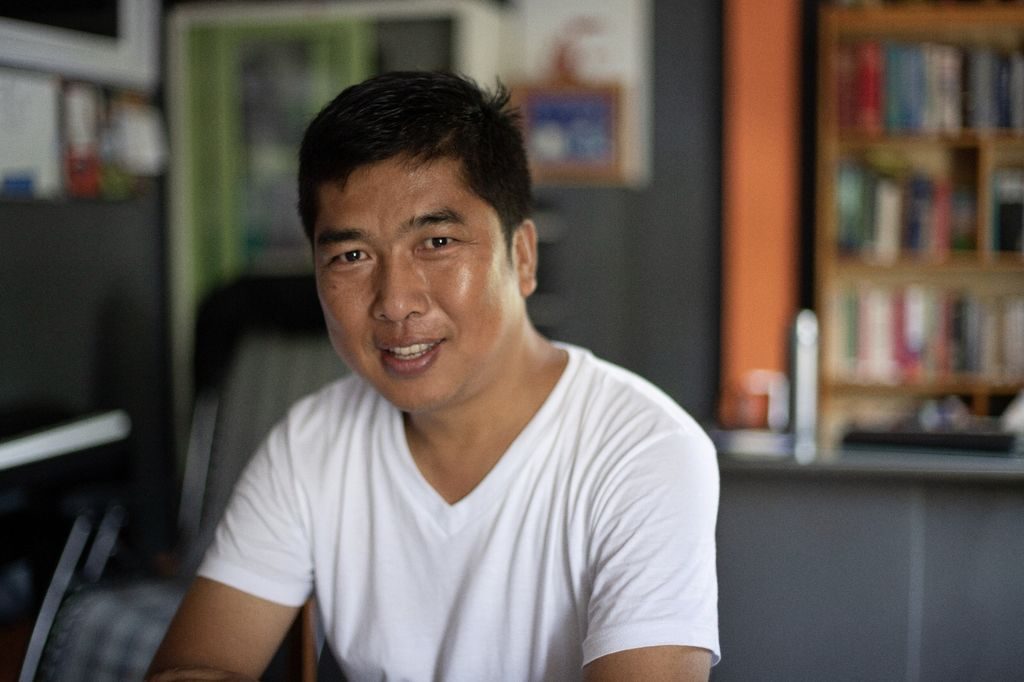 Pastor Go Shin faithfully ministers to many children like Adun in the Mai Sai district of Northern Thailand.

In addition to the programming as a Compassion child development centre, Pastor Go Shin’s church also has a learning centre where 30 to 35 children ages 6 to 14 come to learn. Children who attend have the opportunity to learn English, Burmese, Chinese, music and the Bible amongst other subjects from volunteer teachers.

Several of the children who attend the learning centre are non-Thai citizens who live at the church because of the transient nature of their parents’ work. Most of these children come from families who live in extreme poverty. Their parents desire their children to receive a consistent education at Thai schools, learn about God and be equipped as young leaders.

Adun’s parents are part of an ethnic group known as the “Lua” or “Wah” group. As the oldest of their five children, Adun’s parents encouraged him to live at the church where he could receive the best opportunities and decided to enrol him in the Compassion program to build towards a promising future.

In addition to being a gifted student, Adun regularly leads music at the church. He hopes one day “to be a doctor and a famous professional soccer player for Chiang Rai United Club.”

Adun was discharged from the hospital on July 18, 2018 along with the other 11 boys and their coach. He will continue to stay at the church under the care of Pastor Go Shin and his wife. They, along with Compassion Thailand, are working to help Adun receive his Thai citizenship.

“We will keep everything simple and help Adun have a life like what it used to be for him,” Pastor Go Shin says. “Adun is a child and student and his responsibility is to study and return to a normal life. We have other children here who are from similar backgrounds or poverty levels as Adun and receive regular support. We will continue to care for all the children, while also making sure Adun has the support he needs.”

Long after the media has left, our church partner will still be there, faithfully ministering to these children. 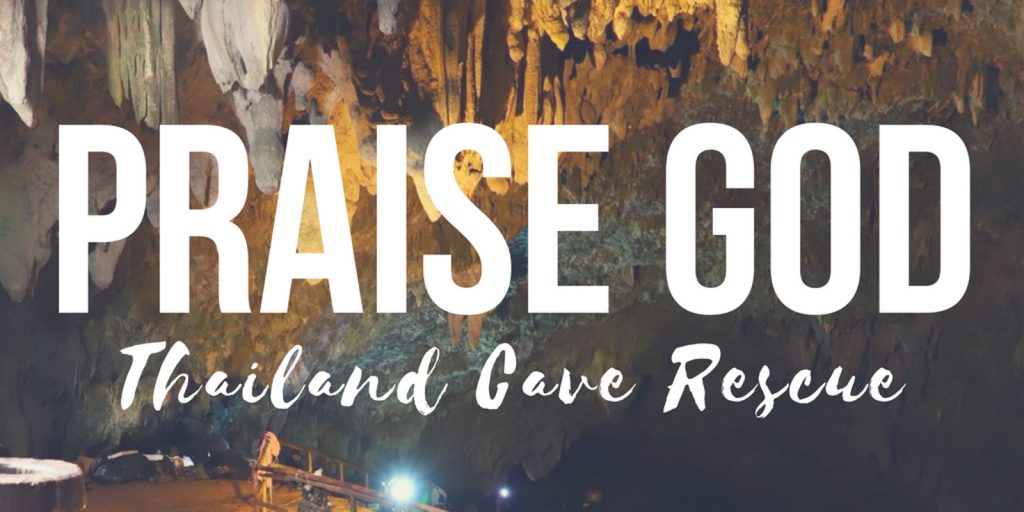 Thank you for your continued prayers for the recovery of the Wild Boar soccer team! You can specifically pray for Adun and Compassion Thailand in the following ways:

Read below to hear from Adun’s parents and learn more about how our local church partners in Thailand supported the rescue operations.

*Note: Compassion Thailand has verified that the spelling of the boy’s name is Adun, not Adul. The political opinions stated in the linked article do not reflect those of Compassion.

All 12 boys and their soccer coach have been rescued from the Luang Nang Non cave in the Chiang Rai, Thailand! We are giving thanks to God for the answered prayers! 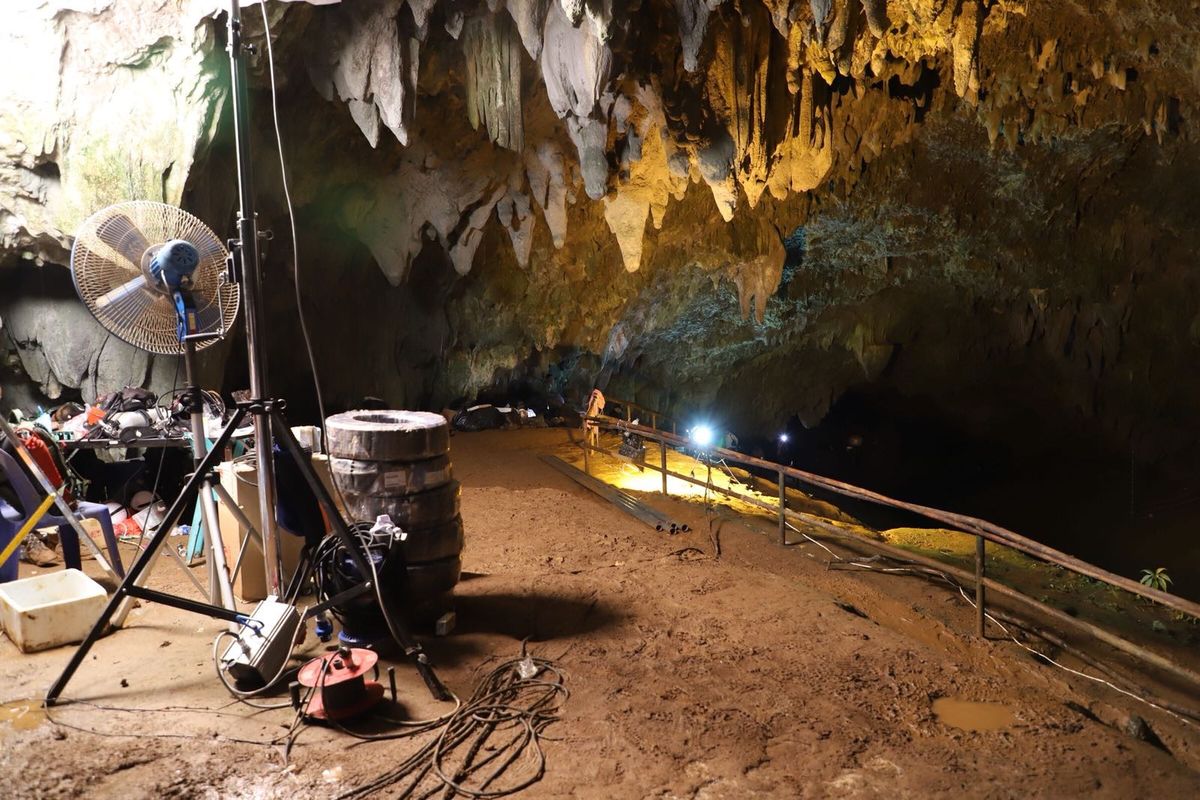 The entrance to Luang Nang Non cave in the Chiang Rai, Thailand where the 12-boy soccer team and their coach were trapped for over 2 weeks.

Having been trapped in the cave due to flood waters since June 23rd, the remaining four boys and their coach were brought out by the brave rescue divers on Tuesday, July 10th.

After the 72-hour rescue operation, the entire Wild Boars soccer team and their coach have been taken to a hospital in Chang Rai to receive medical and psychological care. 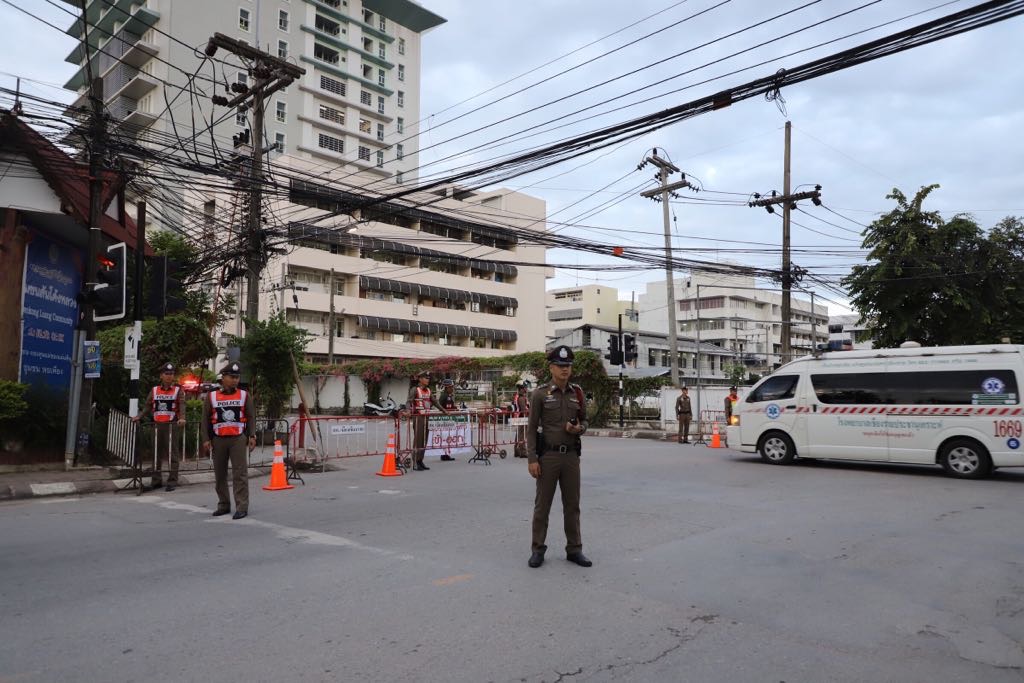 The four remaining boys and their soccer coach arriving via caravan at the hospital in Chaing Rai the morning of July 10.

Thank you for praying with us and the parents of one of the boys who is sponsored through Compassion. Throughout the dangerous rescue operation, his Compassion community at his local church has been united in prayer and assisting the Air Force by providing food and shelter. (Read below to hear from his parents and learn more about how their community has supported them and the rescue).

Let’s continue to pray for the team and their coach as they begin their recovery process.

Praise to God! Four more boys have been brought out of the cave, including the boy* who is sponsored through Compassion! 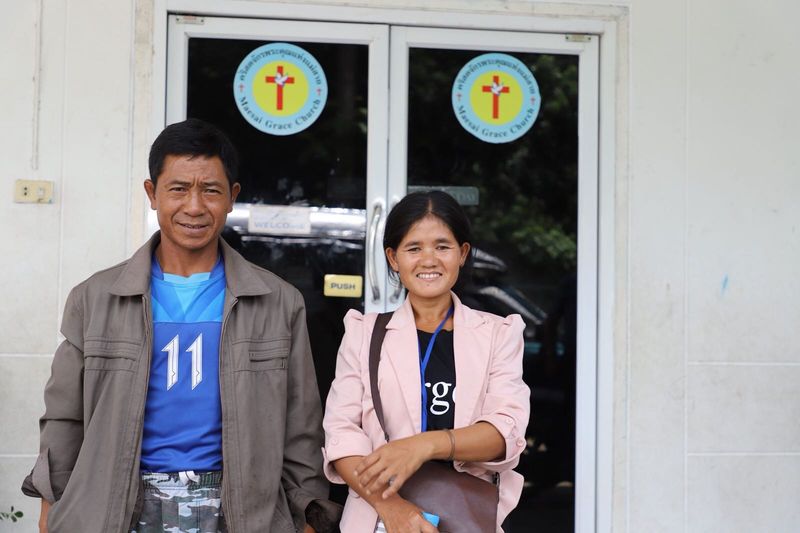 The happy parents of the sponsored boy who has been rescued from the cave in Thailand standing outside of the church where their son attends the Compassion program.

“Thank you to God who helps us to see our son very soon. We are so happy to hear that our son is out of the cave and to welcome him home. It’s the love that God gives to our family. God is great love and there’s nothing He can’t do,” his parents say.

Thank you for praying with us and his parents for his safe return!

All eight boys who have been rescued are receiving medical treatment in Chiang Rai. Families are not allowed to see the boys until they have been cleared medically.

Four of the boys have been rescued! Praise God!

Eight boys—including the boy sponsored through Compassion—remain trapped in the cave.

Racing against the weather and potential increased flooding in the cave, rescuers began bringing the four boys out on Sunday, July 8th. On Saturday evening, the boys were assessed by a medical professional and deemed both physically and mentally ready for the journey.

The rescue teams have pumped enough water out of the cave for the boys to make it out, but the journey is still dangerous. It is an 11-hour round trip for the rescuers to go into the cave and come out with the boys. Using guide ropes in complete darkness, the process includes a mixture of walking, wading, climbing and diving.

Because it takes 20 hours to prepare for each round of rescues, it is expected to take 2-4 days to get the remaining boys and their coach out. And with the current rainy conditions threatening to flood the cave, time is imperative.

Please continue to pray with us for the safety of the rescuers, the remaining brave boys and their coach as they journey out of the cave!

The world watched and prayed for nine days while 12 boys and their soccer coach were trapped in the recesses of the Tham Luang Nang Non cave in the Chiang Rai District of Thailand. On Monday, July 2, we rejoiced as rescuers finally penetrated into the room of the cave where the boys are trapped and found them alive. Thank you to all of our supporters who have answered the call to pray for these precious lives!

One of the boys* is a Compassion beneficiary, and our photojournalist in Thailand had a chance to interview his parents.

“Thank you so much for all prayers and all the encouragement. Thank you to God. I’m really thankful that they found my son and all 13 are alive,” says the boy’s mother. “I’m so happy and so thankful to see my son again. Thank you so much to everyone that has been praying for us and the boys and helping us; thank you.”

The director at the child development centre the boy attends, pictured in the photo above, says, “As Centre Director, I want to say thank you so much for all your prayers as we have heard that [the boy] is now safe inside the cave. I’m so thankful to God and know that they will come out very safely.”

Rescue crews have been removing water from the flooded cave, but they believe the boys’ best chance to escape is to learn to dive. But this will be a considerable process, potentially taking months. 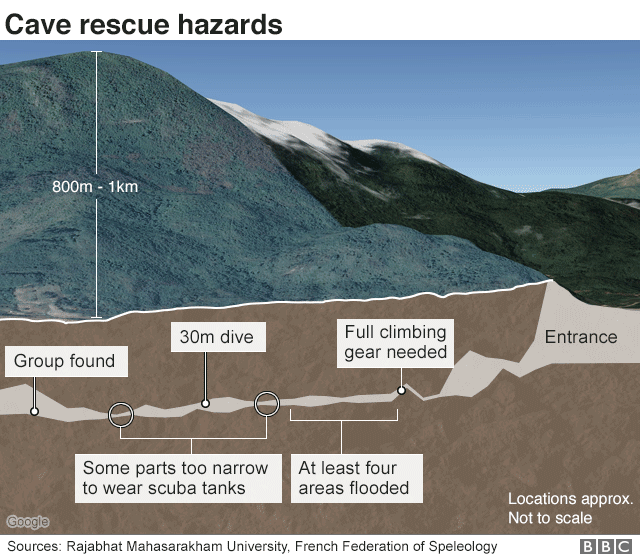 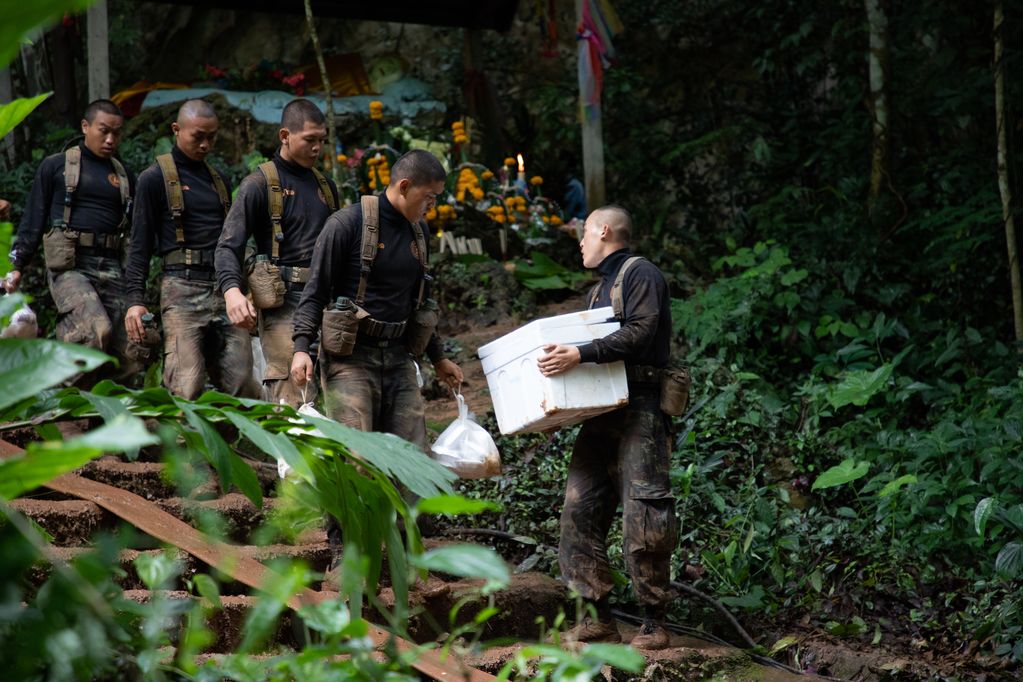 Rescue teams have been working diligently since June 23rd to locate the boys and their coach. 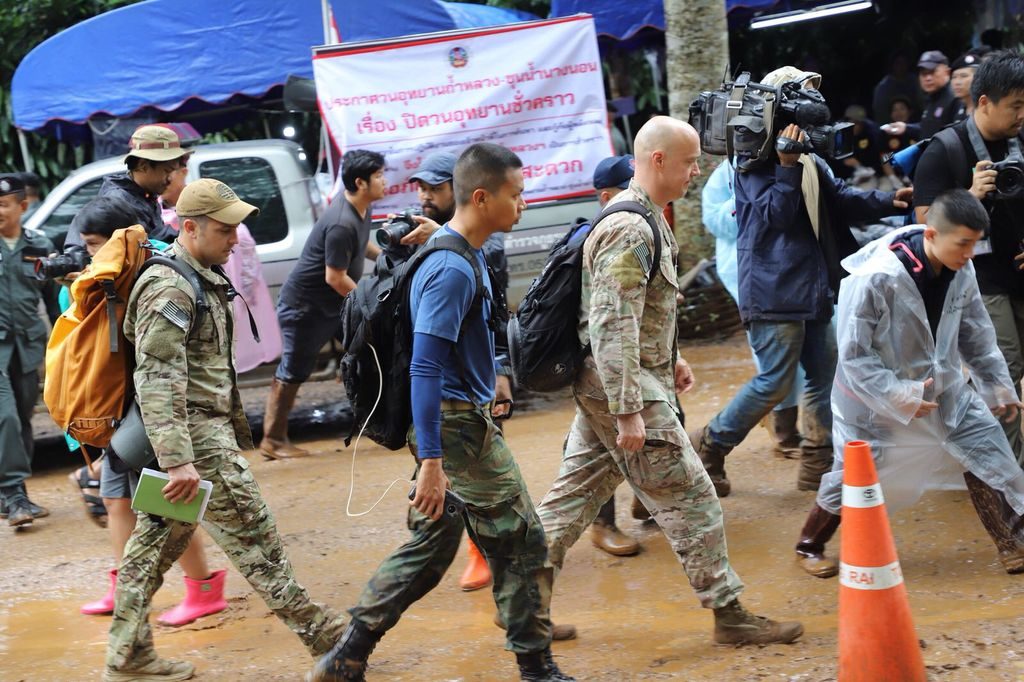 US Marines arrive at the cave site to aid in the rescue efforts. 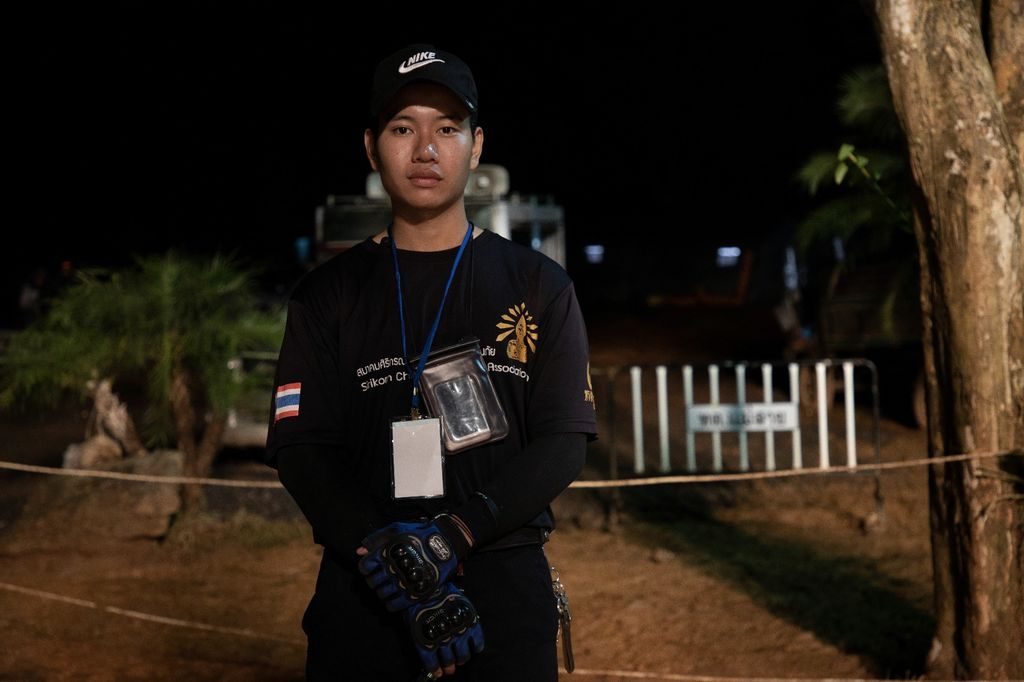 Surayut was one of the first to report the boys missing and enter the cave in the search.

“Pray for all the rescue operation teams who are making progress,” Surayut says. “They are working very hard through this weather, and it’s very dangerous. The water runs fast and there are strong currents.”

Compassion’s church partners in the Chiang Rai District have been constantly gathering to pray for the lives of these precious boys and their coach. One of the church’s facilities is also being used as a base for the search. 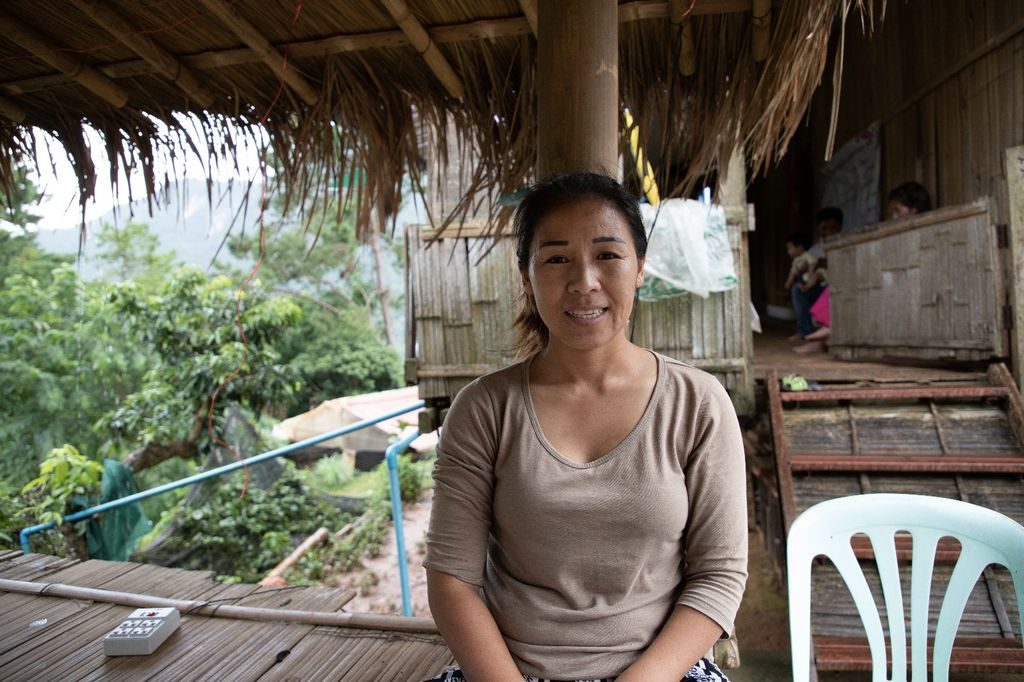 “When officers asked to set up their base here to do the search, we agreed to let them use all our facilities,” says a pastor’s wife of one of our church partners in Mhong Village, Thailand. 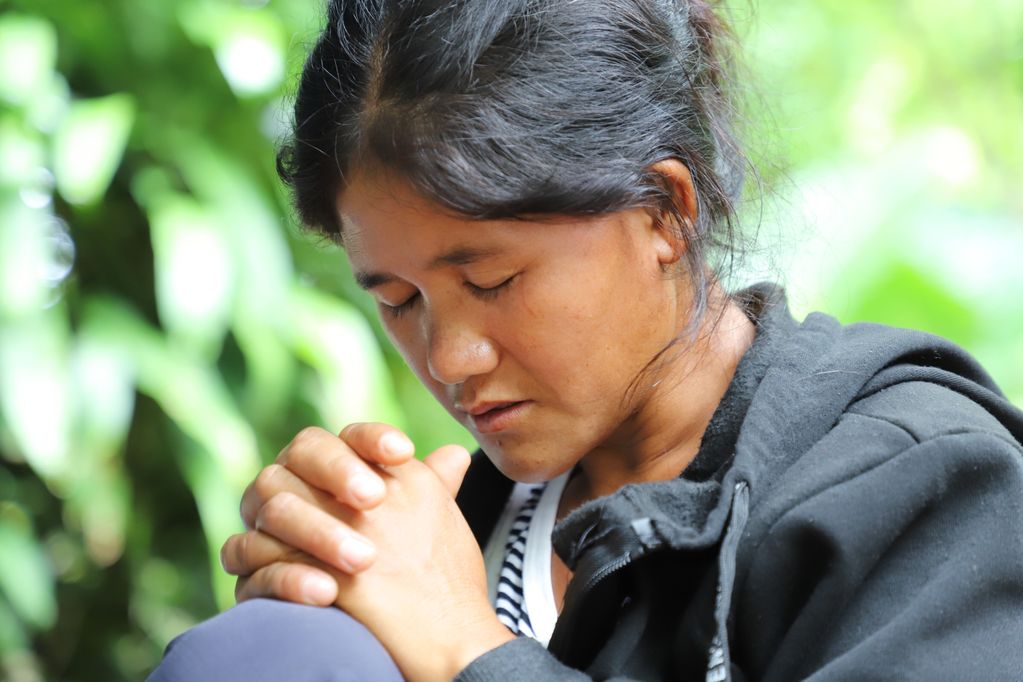 A mother of one of the trapped boys prays for their safe return.

Let’s stand in solidarity, and continue praying for the boys, their coach, the families and the rescue team in the months to come.

*Names have not been used to protect the privacy of the family.

About Compassion — A leading child development organization, Compassion is helping more than 2 million children in 27 countries learn the skills and receive the opportunities they need to overcome poverty. Compassion was named by Charity Intelligence Canada as one of Canada’s Top 100 Charities in 2021.