Your session will time out at [00:00]. If you would like to sponsor [Child Name], please complete your transaction as soon as possible. Unfortunately your session timed out at [00:00] and since that time [Child Name] was sponsored by another person. Please visit the Sponsor a Child page to find another child.
Close
Kaitlin Boyda, a 17-year-old girl from Lethbridge, Alberta, struggled with an incurable brain tumour since the summer of 2009. While other kids her age were busy texting and thinking about prom, she went through two surgeries, chemotherapy and radiation.

But when the Children’s Wish Foundation approached Kaitlin to grant her a wish to brighten her life full of hospital rooms and medications, she decided to give it all away.

“It didn’t seem right to spend all the money on myself,” said Kaitlin. 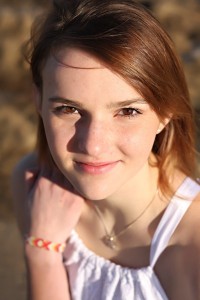 Her heart of compassion was infectious. Various people in her community, around the country and even around the world heard about her wish and were inspired.

In fact, so many people were moved by Kaitlin’s story that the full amount needed to fund all 21 wells was raised in less than two months. As people continued to give, the additional funds have gone towards water projects across Africa, totalling more than $325,000.

Kaitlin’s wish brought clean water to tens of thousands of people in Uganda and even more across Africa. Many times children are the ones who have to gather water for their families. They might walk several kilometres both morning and night, which makes going to school difficult. Clean water not only lightens these children’s loads, but also drastically reduces their chance of illness and death through parasites, water-borne diseases and diarrhea.

Just months after Kaitlin chose to donate her wish to help children in Uganda, she passed away in May of 2011. But her legacy continues in each of the children’s lives who now have access to clean water and a better chance at a healthy life.