Together with friends across Australia, Canada and the United States, your support provided funding for a safe and secure home for single mother Annet and her miraculous triplets just in time for their fourth birthday! A year and a half down the track, we check in on the triplets—and their new home. 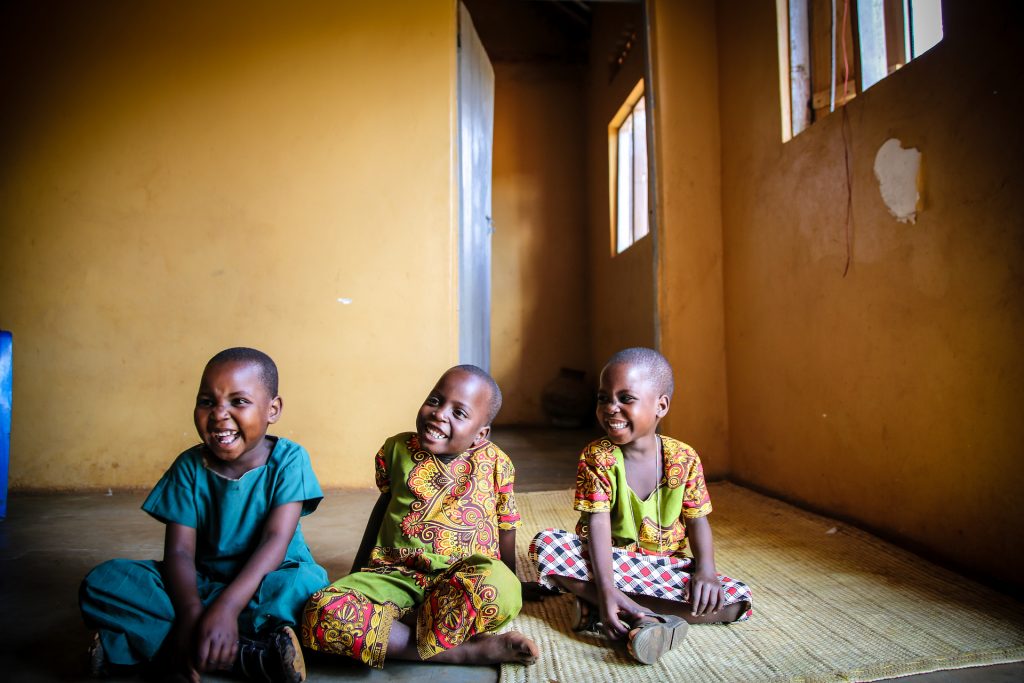 In the rural village of Businya, Uganda, the lives of eight families were transformed when Compassion supporters rallied to provide new homes for children and families living in vulnerable conditions. Among them were triplets, Samuel, Grace and Patience.

The 5-year-old triplets were born in an incredible birth story that involved two motorbike journeys, a surprising ultrasound and an emergency Caesarean. The unexpected arrival of the triplets amazed many around the world, but Annet’s joy was quickly overshadowed by concern and fear.

Annet’s husband abandoned the family when his wife gave birth to triplets.

They lived in a two-room structure in Businya. But now a single mother, Annet knew that Samuel, Grace and Patience would quickly outgrow the tiny home she struggled to afford. 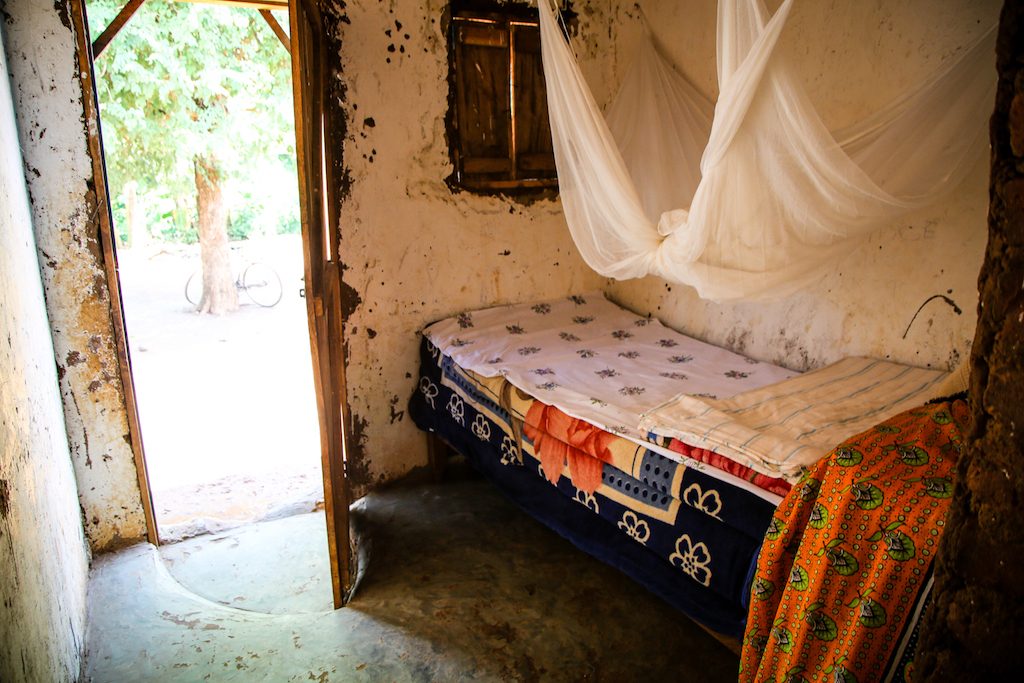 Before moving into their new home, Annet and her triplets shared one tiny bedroom.

The local church stepped in with Compassion’s help to provide emergency relief and regular supplies through Compassion Survival, but Annet’s most urgent concern were the rental payments needed to ensure her new family would not be evicted.

When thousands of Compassion supporters first heard of the situation, they responded with love and commitment. In 2018, more than $38,000 was raised to rebuild a safe and secure home for Annet — and seven more families in the same community! 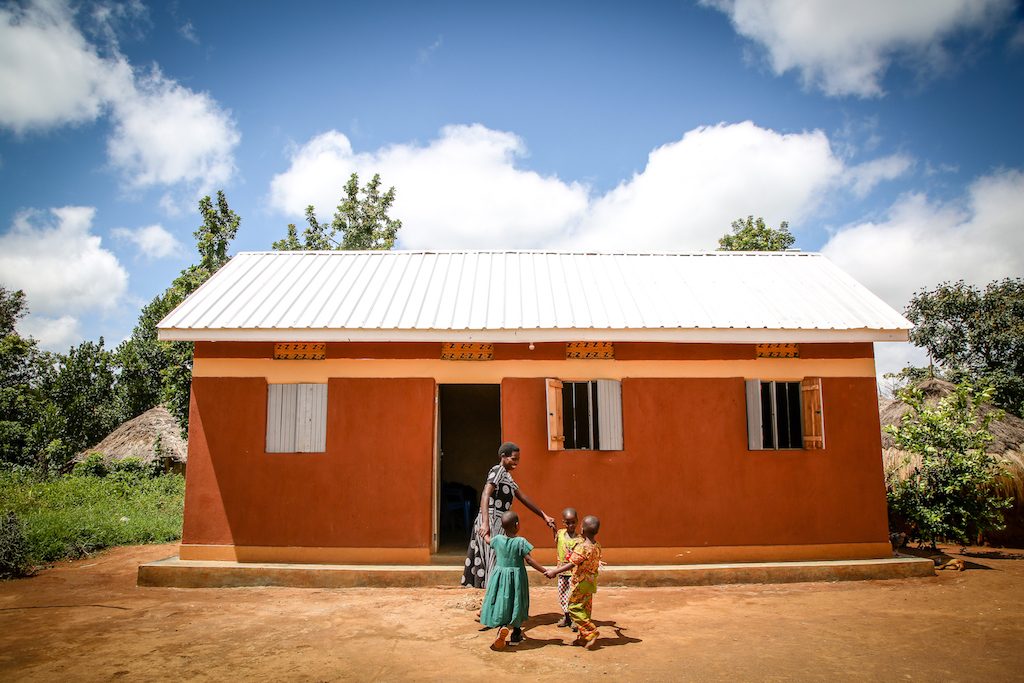 The Joy of a New Home

Thank you for providing Annet’s family with a new home — a place of security, belonging and safety. With a house built on her father’s land, they will never have to fear eviction again.

“In the past, I was always worried about the rent. Now I don’t have that problem,” Annet says. “I’m feeling the peace of the Lord, and through this house, the gospel has come to life.”

Photographer Helen Manson wants to take you on a walk-through of the new home!

The new home is sheltered by sturdy iron sheets, which protect the triplets from skin infections caused by dampness and flooding. Previously, when it rained they would all huddle in a corner to avoid the leaks and wait for the rain to pass! Now they can stay dry.

“The best thing about the house is the iron sheets [on the roof],” says 5-year-old Patience.

Before their new home was built, the triplets shared one small bedroom with their mother and used the other room for mealtimes. Now they have an additional room to play!

“Before, we were squeezed in one small room,” says Grace. “I love that we have so much more space.”

For Samuel, it’s simply the look of the new house that makes him happy.

“The thing I like the most about the house is the colour,” says Samuel.

Annet wants to say “thank you” directly to you.

Your generosity has helped to provide Annet and her triplets with security, stability and independence. Annet spends her mornings tending to her garden, where she grows vegetables and fruit to sustain her family.

“We are now in our own home and feel joy. We feel peace and happiness,” she says. “I thank God that you provided us with a house.”

Annet’s story inspired hope for seven other families in her community too, who each received a safe secure home. Of the families who received homes:

Nine-year-old David lived in this home before you acted: 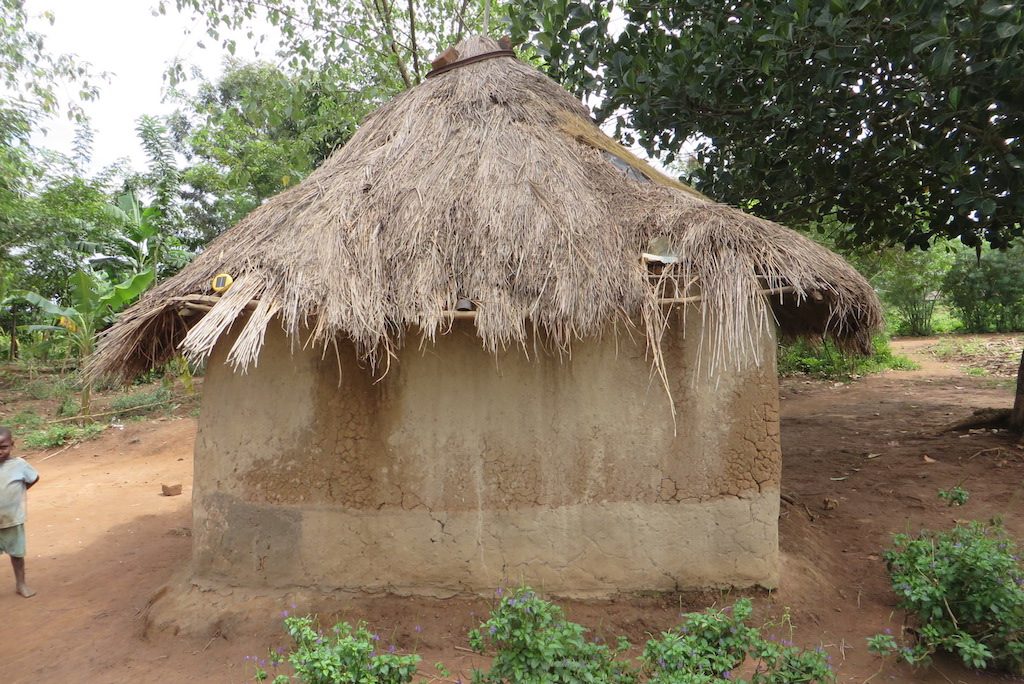 Now, thanks to you, he lives in this home: 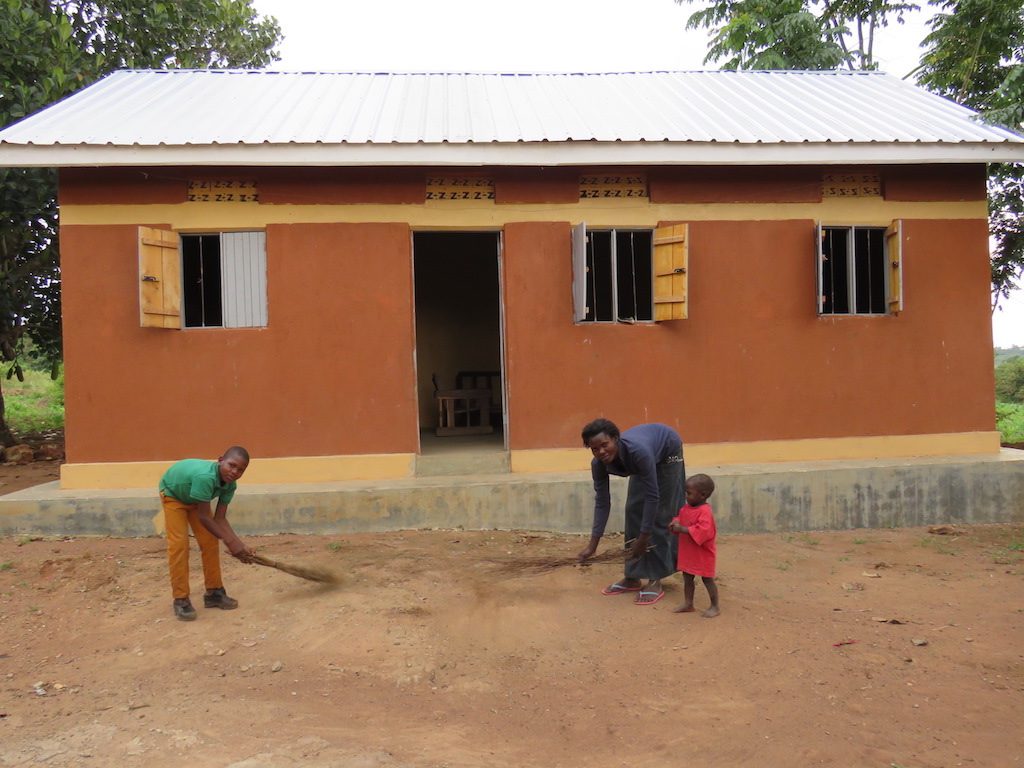 For families like David’s, a new home has brought hope and joy to their families’ lives. Their new homes replaced crowded and unsafe structures and, for some of these families, it was their first time falling asleep under the same roof.

“I could never afford to build another home for our family. That’s why I am so appreciative,” says Evelyn, one of the mothers who received a new home. “In my whole life, I have always lived in a traditional African mud hut. This will be my first cement floor. I can’t believe that in the new home all of us will be able to sleep under the same roof!”

Thank you for giving generously to provide safe and secure homes. Tonight, eight families will sleep soundly in their new homes. And it’s because of you.

A Global Prayer Guide for COVID-19

Want to Peek at How Canadians Outloved Poverty Through Gifts of Compassion 2019?

9 Awesome Things You Were Part of This Year