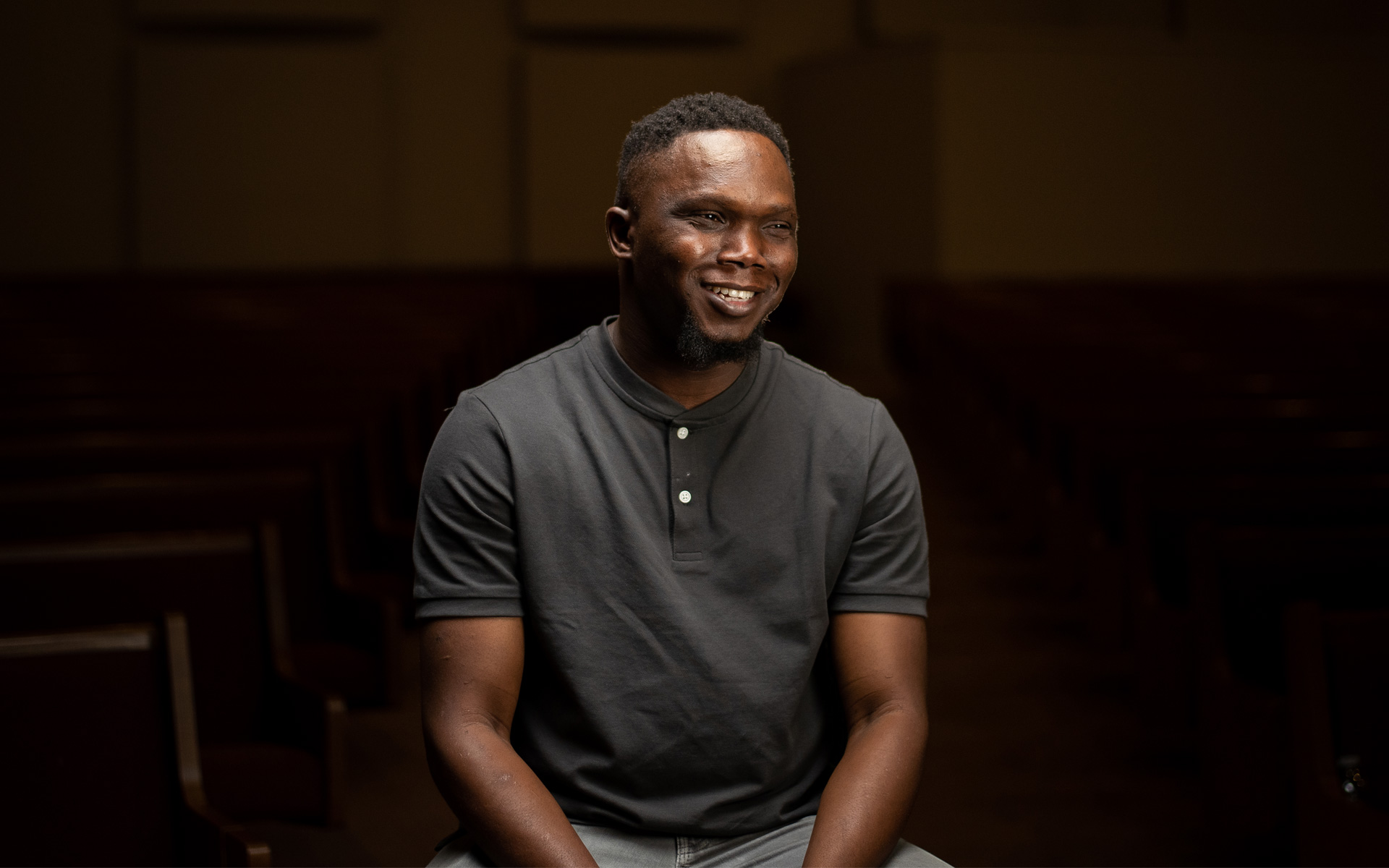 Eric’s life is made up of these stories.

At eight years old, Eric’s father passed away. His father was the breadwinner of the family and so aside from his mother’s tailoring skills, Eric’s family had lost a formal income to provide for him and his seven brothers and sisters. Suddenly, poverty was part of his story along with grief and insecurity.

His mother was a hardworking woman who loved her children dearly. She immediately started looking for work, but their family situation was exacerbated when her late husband’s family came and took everything they possessed, including their home. One of Eric’s uncles showed mercy to his family by coming and warning Eric’s mother that the family was going to come back and take the children away from her. This act of wealth grabbing left Eric’s family with no options but to flee. 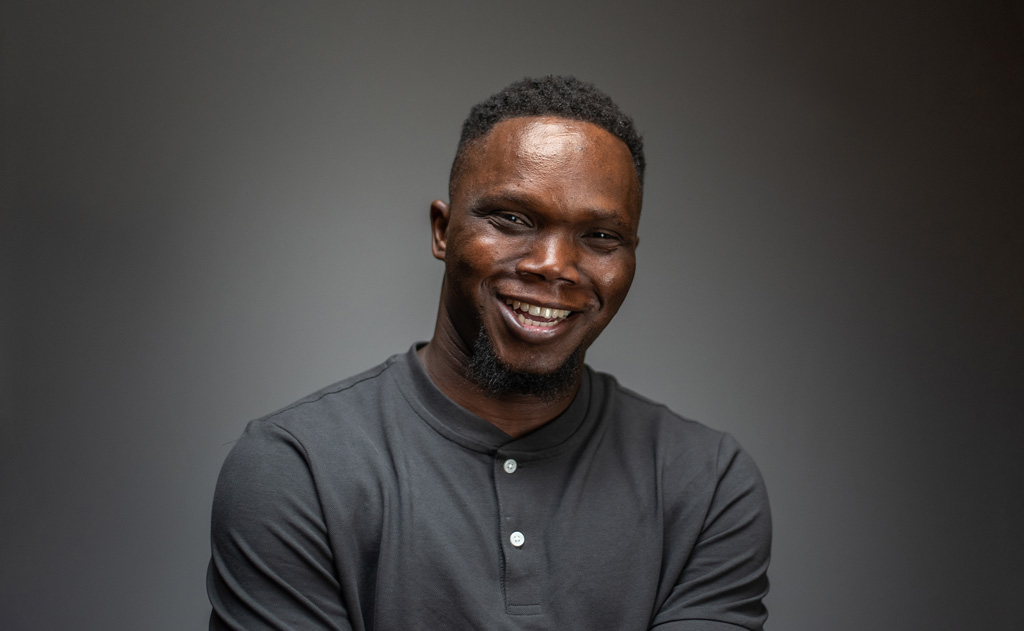 After fleeing to a remote village in Uganda, Eric’s family settled into a muddy, one-room home. Their clothes began wearing thin, they had no medicine to treat illness or infections and they were no longer able to attend school though they desperately wanted to, peering in the windows of the local school to see what the children were learning. It was in this season that poverty began speaking lies to Eric, telling him that nobody cared for him, that his life wasn’t worth anything and that all his life would ever be was a struggle.

Many voices were trying to tell Eric’s story:

Grief—a voice that dims the light of a child’s eyes.

Loss—a voice that snatches security in a child’s home.

Struggle—a voice that wears down the luster of a child’s joy.

Pain—a voice that grasps a child’s mind with fingers of fixation.

These were the voices that were trying to narrate Eric’s life. He felt his story was a sum of all these narratives. These things certainly all had a legitimate part in his story, but they were never supposed to take ownership of it. You see, every child’s story should be owned by hope.

Hope—the grand narrator of a life authored by God. 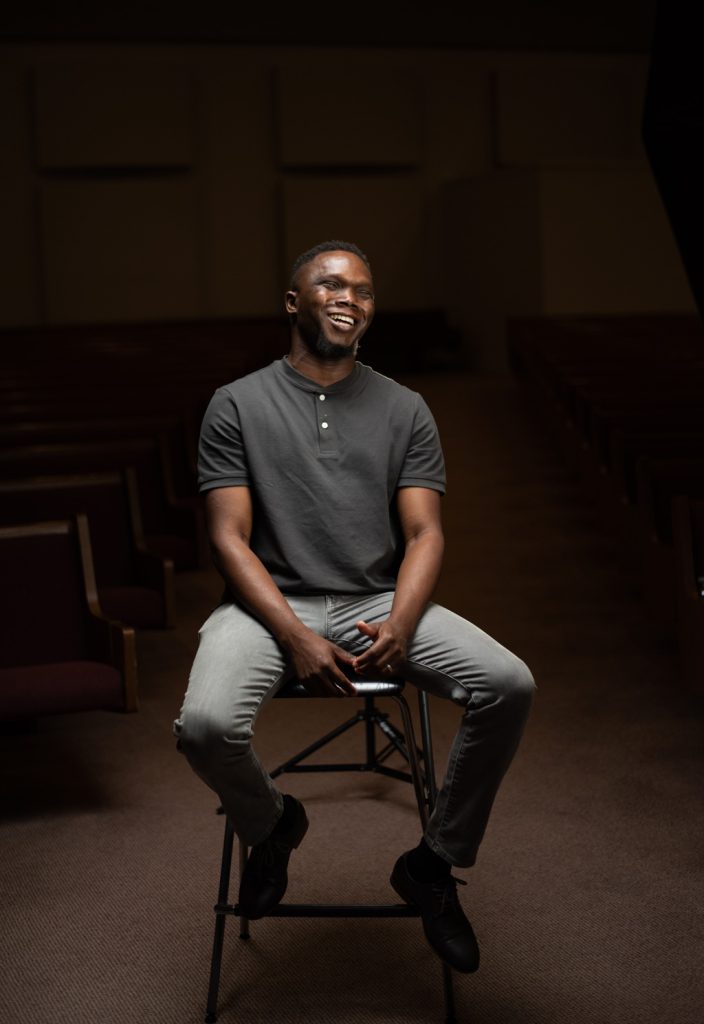 So, when did hope start telling Eric a new story?

“I was looking so much at my situation,” Eric told us. “As children, you were thinking, ‘You’re nobody. Is there anyone who would desire to come take care of you? Is there anybody thinking of you?’ You considered yourself a nobody. You have nothing. All you’ve been doing is struggling all your life. And then you receive news that someone is coming in…” Eric remembers with tears filling his eyes.

Someone told Eric’s mother about the local Compassion centre and his eldest sister looked into it. The Compassion centre registered him and his sister into the program. Immediately life changed. They were able to go back to school, they had access to healthcare, they received new clothes as a Christmas gift and they were able to get to know Jesus.

Eric describes it this way: “Oh, this was just a life-changing story altogether. Look at the moment where we had everything and then we were robbed. We totally had nothing for a certain period of time. And then there was this big ray of hope: Compassion coming in. You are suddenly told you can still have your education, you can still have better health, you can still be able to dress up nicely.”

“I reflect back and realize how magical that moment really was. Like, when my sponsor Dorothy went and said, ‘You know what, I’m going to take on this boy. I’m going to take care of him.’ That’s when I felt worth, I have a life, I’m loved. It changed everything, literally, when I knew that I had a sponsor.” Eric’s bright expression animates the fond words he speaks about his sponsor. 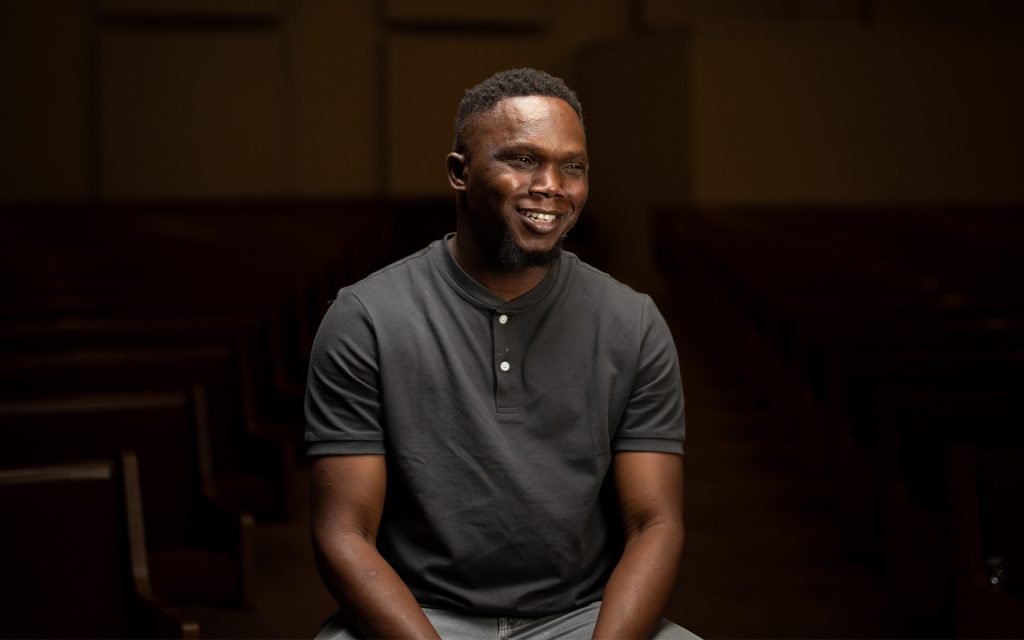 He shares how his sponsor Dorothy’s action of choosing to invest in him reminded him that we have the power to do good and see the potential in others. He goes on to say, “I look at that moment and realize, you know what, we still have amazing people in this world. We have people who would choose to pour their lives into someone else’s life, to see the best in other people.”

Eric’s life today is a testimony to the power of giving hope to others.

He and his wife, Dawn, and his son Wes live in Canada where Eric does social work with vulnerable children, giving hope to children who are experiencing the same hopelessness he faced as a child.

Before moving to Canada, Eric and Dawn welcomed a young man named Richard into their family as a son. Richard is 19 and is completing his schooling in Uganda with the support of Eric and Dawn, and they hope to be reunited once he graduates. 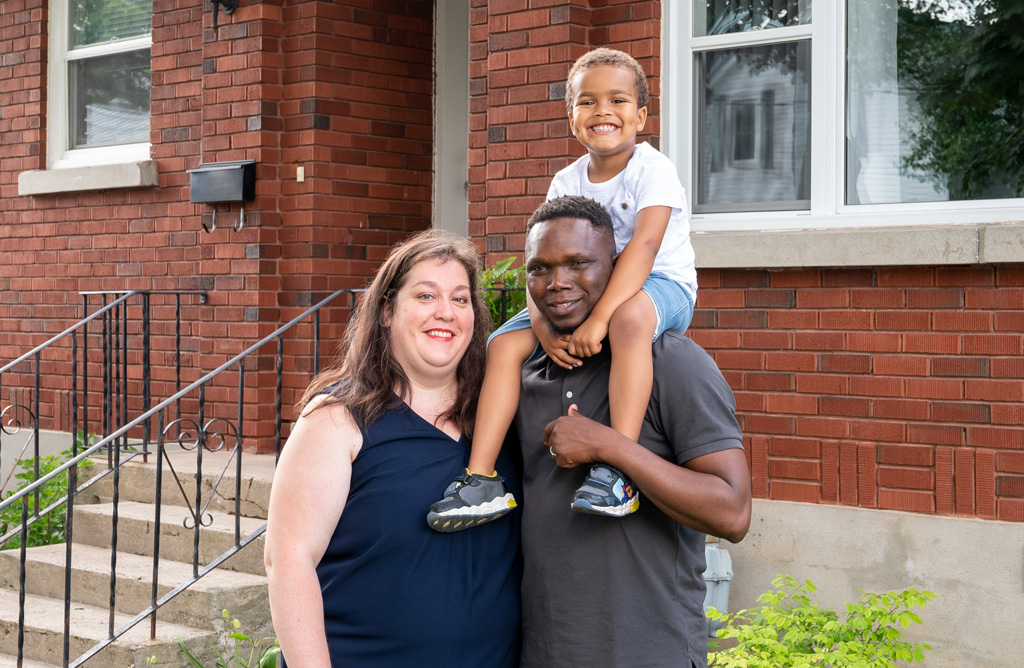 Hope, it seems, is contagious.

What makes a life meaningful? Eric would tell you it is hope. Reflecting on the precious memories of how his story has changed, Eric can’t help but circle back to the impact of sponsorship in his life. He looks back at all that he gained with Compassion—education, healthcare, necessities—but he says it’s so much more than that.

“You are giving someone a whole life. I mean you’re giving them the true meaning of living. This life is worth living! But if you are in such a dire situation with no hope, you are not living. So sponsoring with Compassion is giving someone an opportunity to live… I am a living testimony! When I look back and look at myself now, this is what I see about Compassion.”

If only we knew how contagious hope really is…

We’d make hope the narrator of every child’s story.

Ria’s story: Growing in confidence and in Christ