Strong women inspire me. From young girls using their voices to grandmothers raising up the next generation to be confident in themselves, it’s amazing to witness courageous women in action. And in a time where equality is still fiercely fought for, we want to honour some of the great women of the Bible whose strength and compassion still resonate.

And throughout the world today, girls and women are being empowered every day through Compassion child sponsorship and Survival initiatives to be the modern-day counterparts of these strong women of the Bible. From the faithful Martha to the courageous Abigail, we hope this collection of some of our favourite Bible stories of women encourages you.

Martha—faith-filled woman of the Bible

“Are you a Martha or a Mary?” I’ve lost count of the number of times I’ve been asked this question and to be honest, I’ve always resonated more with Martha. Not for the Mary/Martha story but for another reason. Martha appears three times in the Bible including one of the most powerful testimonies in Scripture, when Jesus raises Lazarus from the dead. And it’s in this story that Martha shows the unshakeable strength of her faith.

A personal friend of Jesus, Martha lived in Bethany with her brother Lazarus and sister Mary. In John 11, Lazarus falls seriously ill and despite sending a message to Jesus asking for help, Lazarus passes away before Jesus arrives. However, Martha’s absolute faith in Jesus shines through when she runs to meet him.

Jesus does the miraculous and resurrects Lazarus to complete and full health. How amazing is it to witness that strength of faith, to be so convinced of God’s provision and power no matter what happens in the natural? Through Martha’s story we learn the importance of trusting God even when all seems lost.

Martha from Indonesia is also a faith-filled woman whose strength in the face of adversity shines through. 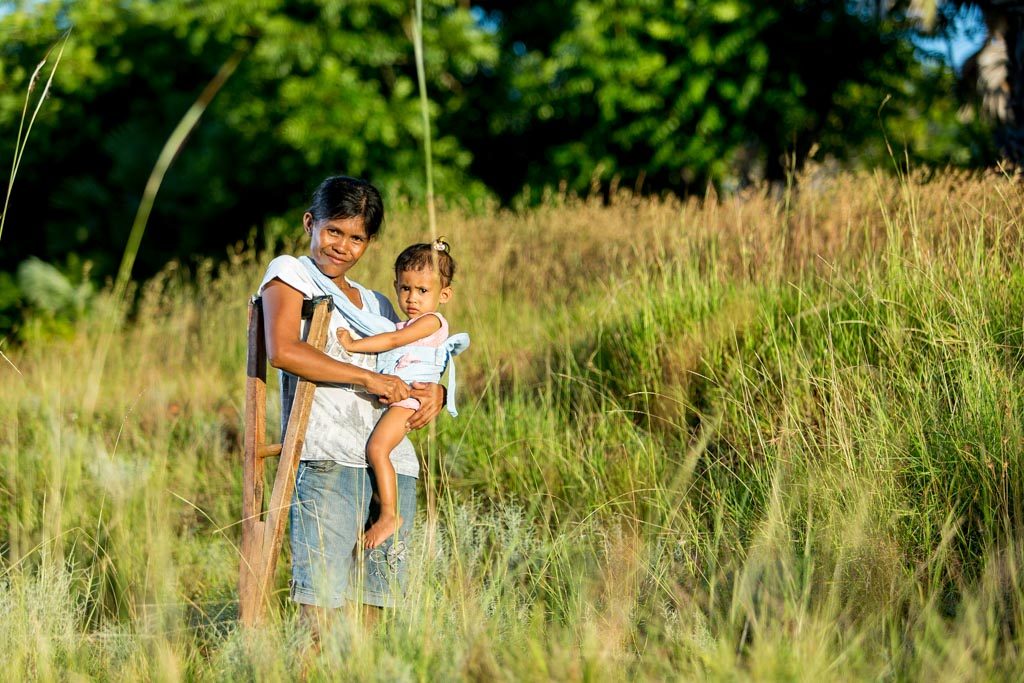 When Martha was just five years old, she lost part of her leg when she was hit by a motorcycle. But she refused to let this horrible accident define her or stop her. No matter what life throws at her, Martha is determined to give her children the best possible life.

“I’m really thankful for the support I have received from Compassion and our local church. I have received so many helpful benefits. My family’s biggest challenge is that we have very little money. We realize that we are very poor.”

Martha is part of Compassion’s Survival initiatives in Indonesia where she has been taught how to weave and provided with chickens to start a business in order to generate income to support her family including her three sons.

“My children will have healthy bodies, they will not become malnourished,” Martha says. “I apply the knowledge that I received from the programme. I want to thank the implementers and coordinators of the programme for their efforts in taking care of us as mothers. They’re really taking care of us and treat is in a special way.”

Esther—an influential woman of the Bible

“For if you remain silent at this time, relief and deliverance for the Jews will arise from another place, but you and your father’s family will perish. And who knows but that you have come to your royal position for such a time as this?” (Esther 4:14).

This Scripture has as much weight and resonance today as it did back then. Because you have been born for such a time as this. Your voice matters. You matter. And never let anyone tell you different.

A young Jewish woman in the Persian empire, Esther was beautiful and ‘won the favour of everyone who saw her.’ But this queen was never meant to be simply ornamental—she is one of the most prominent women of the Bible. Faced with the possibility of death, Esther chose to act despite fear when the people she loved were placed in danger. She was a prayerful woman—fasting and praying to God, waiting upon His timing. And through her influence, she was able to prevent the genocide of the Jews in her kingdom. How amazing is that!

The book of Esther in the Old Testament shows how courage can save a nation and how an unlikely hero can change the course of history.

In Mathare, one of the largest slums in Nairobi, lives another young lady called Esther. This determined teenager knows what being beautiful means and the impact we can all have on others, encouraging them and teaching them. 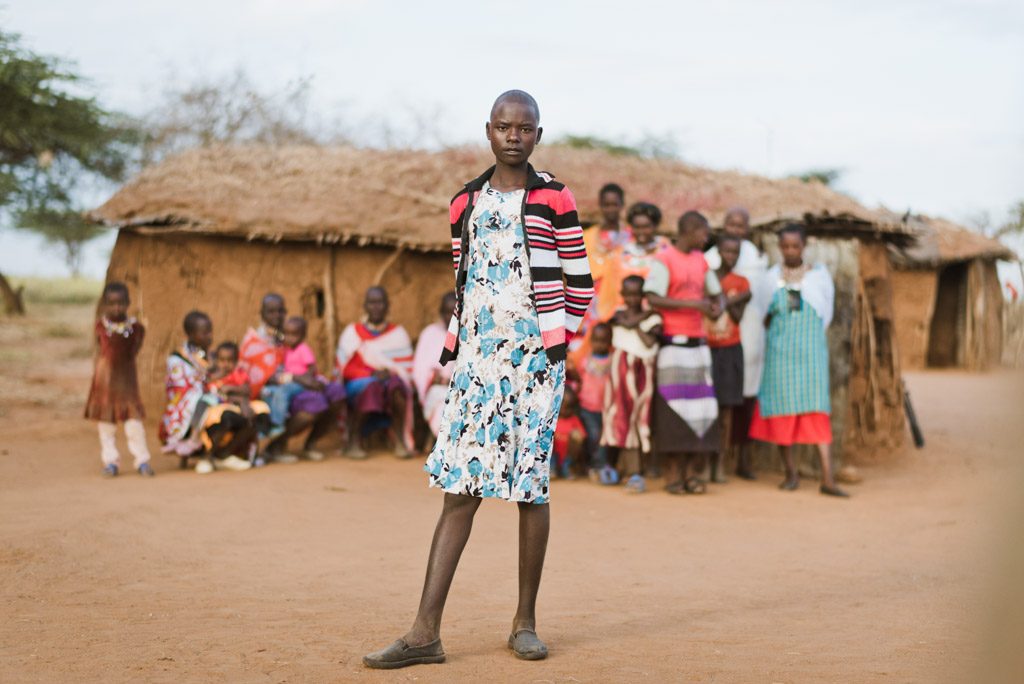 “It is important for girls to feel beautiful. If someone tells you that you are ugly you can tell them you are beautiful—only if you know in your heart that you’re beautiful. True beauty comes from education. We are the ones who can show the younger girls how to carry themselves. We can help direct them.”

Abigail—a strong woman of the Bible

Wisdom and beauty both found a home in Abigail, whose story is found in 1 Samuel. Described as, “… an intelligent and beautiful woman, but her husband was surly and mean in his dealings” (1 Samuel 25:3), Abigail carried herself with dignity and integrity despite her circumstances.

And when the lives of those around her were placed in jeopardy, Abigail leapt into action in order to save them. David and his men were in the wilderness and asked Abigail’s husband, Nabal, for provisions. Instead of helping, Nabal flung insults at him in response. The situation was about to escalate to violence when Abigail wisely and bravely diverted a crisis by providing gifts and pacifying words to David and his men.

This desire to protect others is echoed in 12-year-old Abigail, who also wants to protect people like her biblical namesake. From Mexico, Abigail is sponsored through Compassion, enabling her to go to school, receive food, medical check-ups and to dream of a new future free from poverty. She wants to be a military doctor so she can help other people. 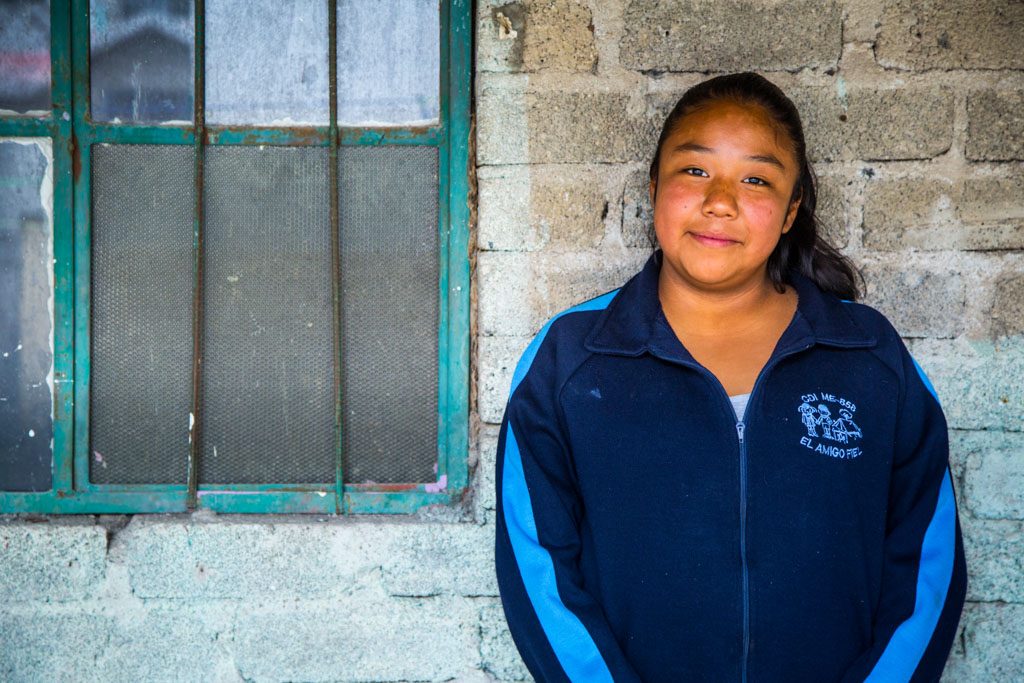 She shares, “The reason I would like to become a military doctor is because I want to help those that are in need. They help when there are troubles in the country like people killing children.”

Deborah—a powerful woman in the Bible

A prophetess and honoured judge, Deborah is one of the most awe-inspiring women of the Bible. A great role model for all those called to lead, Deborah, “held court under the Palm of Deborah…and the Israelites went up to her to have their disputes decided” (Judges 4:5).

One of the hallmarks of Deborah’s leadership is her willingness to follow God’s call and to give Him the credit rather than leading out of her own strength. The song of Deborah reminds us that in the battles of life, we are not alone or unaided.

She sang, “March on, my soul; be strong!” While repeating, “Praise the Lord!”

Deborah—being empowered to become a leader

Children are often referred to as the church of today and the leaders of tomorrow. And in Rwanda, 16-year-old Deborah is being empowered to become a leader. Through sponsorship, Deborah is learning character at her Compassion centre and how to plan and set goals for her future. She is also learning to praise the Lord and turn to Him in times of need through the tutors at her centre. 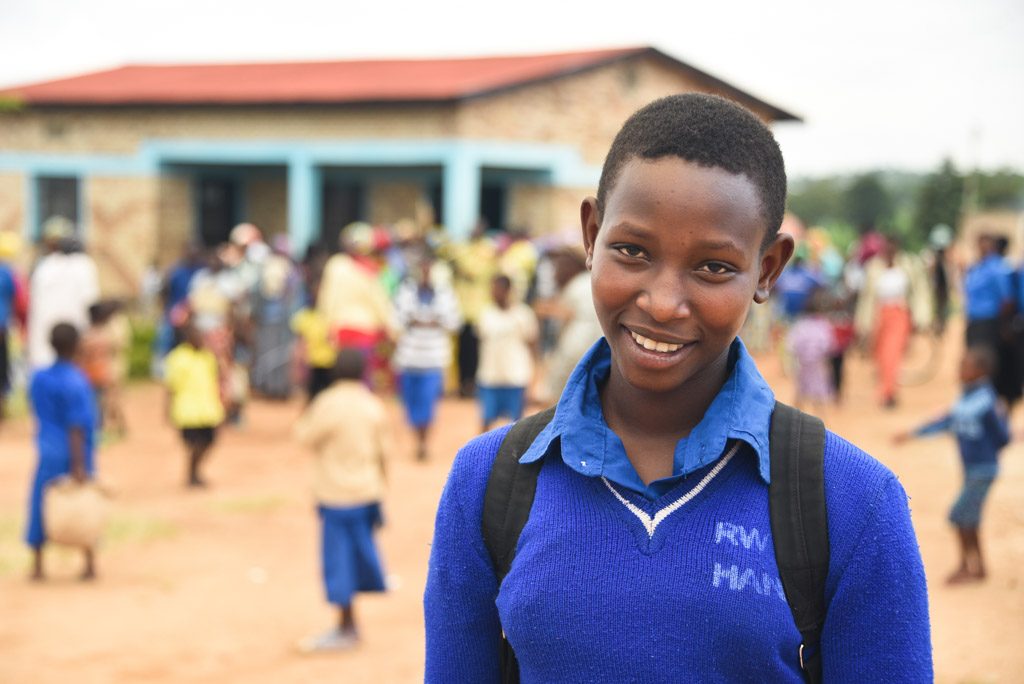 We don’t know what Deborah’s future will hold, but we are so grateful for her sponsor who is helping her become a godly woman.

Anna—a devoted woman of the Bible

In just three sentences, the life of Anna is shown to be an extraordinary journey of trust and devotion, overflowing with her love for God. An 84-year-old prophetess, Anna recognizes Jesus as the Messiah and became one of the first Christian missionaries, going forth to share the good news of Jesus.

“There was also a prophet, Anna, the daughter of Penuel, of the tribe of Asher. She was very old; she had lived with her husband seven years after her marriage, and then was a widow until she was eighty-four. She never left the temple but worshiped night and day, fasting and praying. Coming up to them at that very moment, she gave thanks to God and spoke about the child to all who were looking forward to the redemption of Jerusalem.” (Luke 2:36-38).

Eighty four years of waiting, of worshipping, of trusting. Every day Anna chose to hold true to her faith no matter the circumstances. She devoted her whole life to trusting in God’s provision and her long years of waiting were rewarded by being able to gaze upon the face of Jesus.

The everyday choice of devotion is echoed in the life of Anna in Honduras. Anna has worked hard all her life to feed her family and even though she is now a grandmother, she still perseveres to lift her family out of poverty including her granddaughter, Diana.

“I have recycled cardboard all my life. Since I had to work I had to take Diana with me to recycle. We used to leave in the morning and come back at night. Now it’s dangerous to go later at night. We made around $50 month which we used for food and medicine for Diana.” 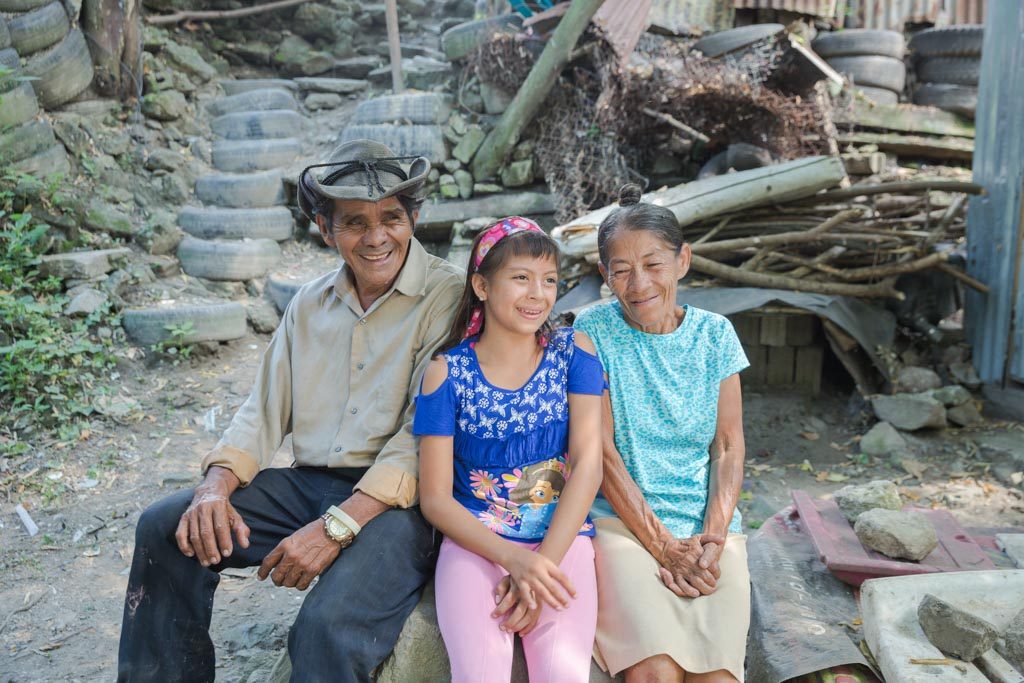 Thanks to sponsorship through Compassion, the financial strain on the family has been eased, including managing Diana’s ongoing health problems.

There are so many amazing women in the Bible who inspire us. We pray for these women to be our role models, to encourage us to step out in faith and be godly leaders in our spheres of influence.

Do you want to step out in faith to change the story of one girl? To help her learn and grow to become all God intended her to be?